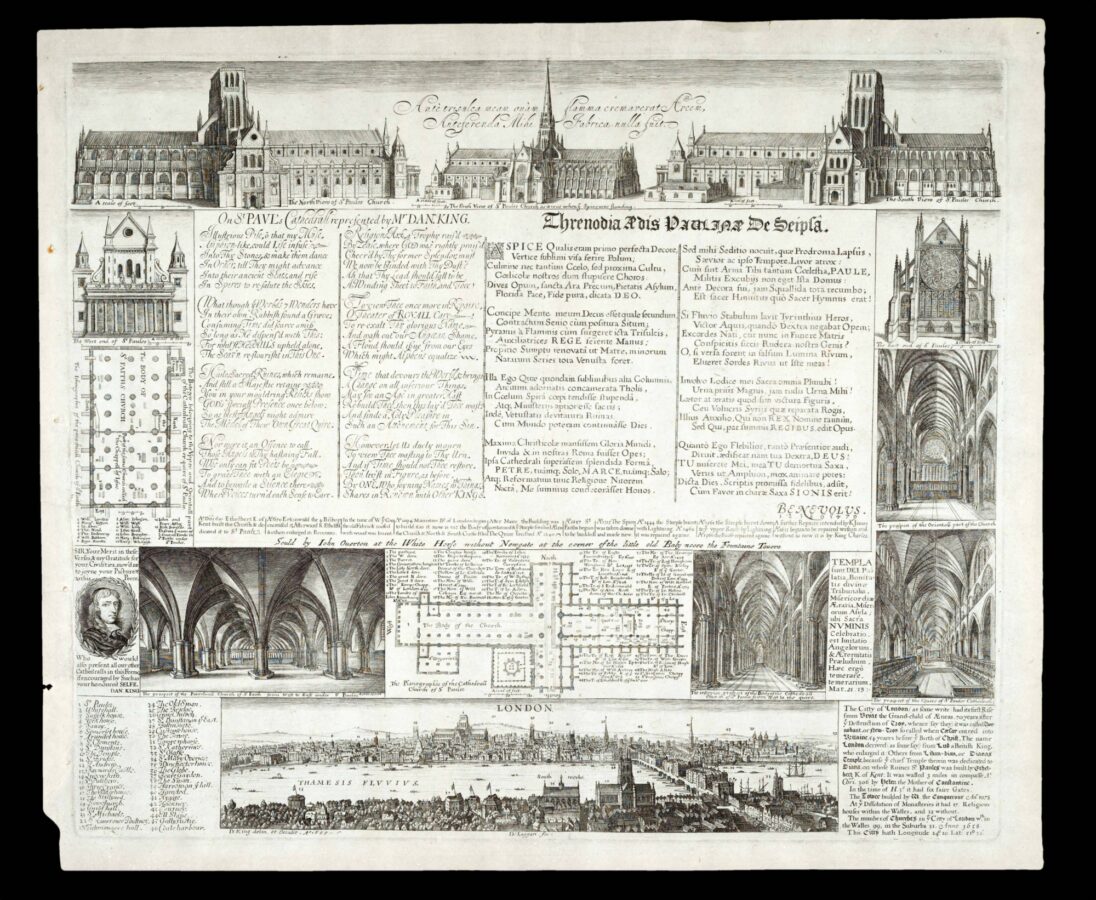 Rare broadsheet of St Paul’s Cathedral before the Great Fire

Edward Benlowes’s poem ​‘On St. Paul’s Cathedral’ is surrounded by: from above, three views of St Paul’s: from the north, before the spire collapsed in 1561, and the view from the south; from each side by views of the west end and east end of the cathedral, a floor plan of the east end including the quire, and an interior view of the east end, and below, by a brief history of St Paul’s, a dedication by Daniel King to presumably Edward Benlowes, and a floor plan of the cathedral. These are accompanied by interior views of: the quire; from the west end to the quire; and the church of St Faith under St Paul’s. Below this is a prospect of London from Southwark by a Loggan flanked by a key, and a brief history of the city.

The work was first published, and engraved by Daniel King in 1658. King (fl1656-1661) was born in Chester around 1615, he was apprenticed to Randle Holme of the Chester Painters’ Company in 1630, and was accepted into the Company in 1639. In around 1656 he moved to London but records show that he had returned to Chester by 1659, were he died in around 1661. He is known to have worked with Wenceslaus Hollar on ​‘The Ground-Plott of Chester…’ and the ​‘The Isle of Man exactly described…’, both published in 1656. However, he is best remember for his views and plans of cathedrals and churches, published in ​‘The cathedrall and conventuall churches of England and Wales’ (1656).

Edward Benlowes (1603–1676) was a gentleman poet and patron of the arts. Although born into significant wealth, Benlowes would die in relative poverty due to his open-handed generosity to his friends and relations.

The present example is the second state, with the addition of John Overton’s imprint.