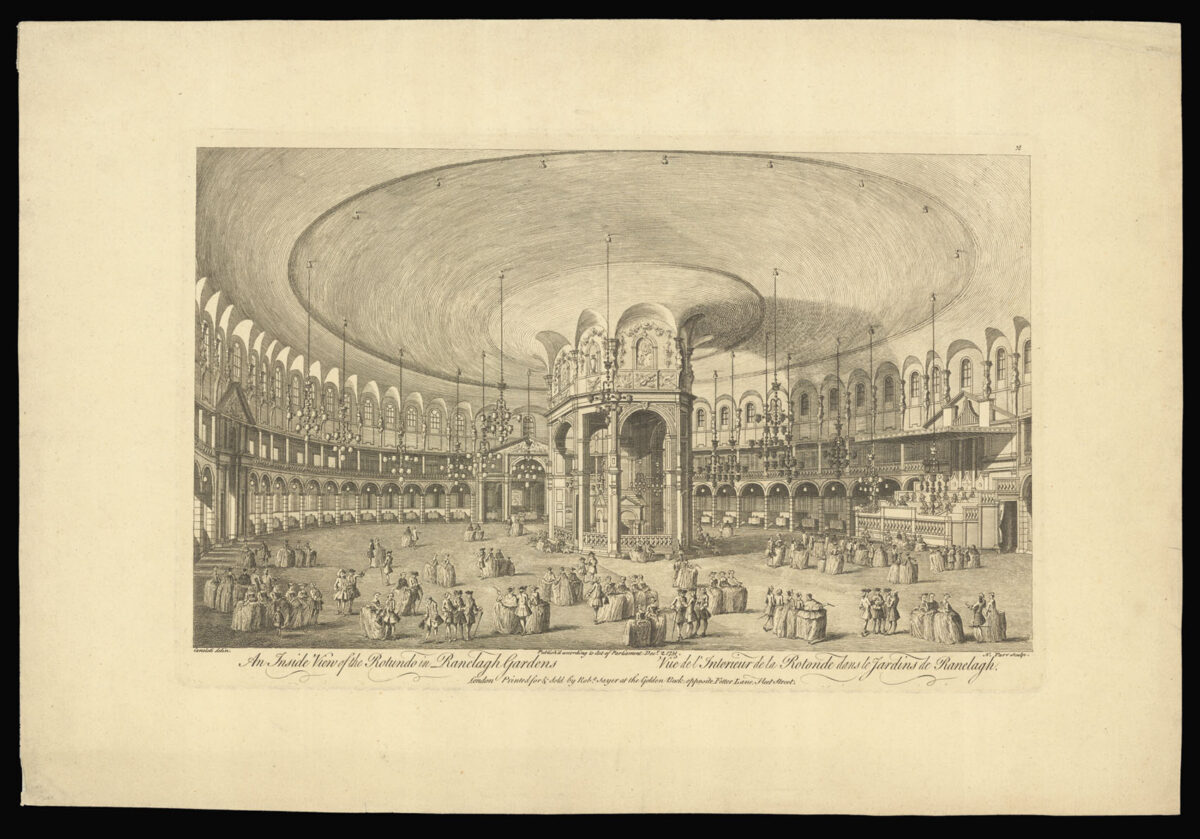 By PARR, Nathaniel after CANALETTO, Antonio, 1751

An Inside View of the Rotunda in Ranelagh Gardens

Ranelagh Gardens was one of several pleasure gardens in London, and opened in 1741. Its principal attraction was an heated rotunda designed by William Jones, modelled on the Hagia Sophia in Constantinople with a diameter of 150 feet. The print shows the central fireplace with revellers eating their breakfast around it, and the dais holding musicians to the left with a large organ. The rotunda helped make Ranelagh more popular than its rival in Vauxhall, which had no indoor concert area. Ranelagh also had a better reputation, because the entry fee was higher at two shillings and sixpence, attracting a smarter clientele. Ranelagh Gardens often hosted famous visiting musicians, including the young Wolfgang Amadeus Mozart in 1764.

The print was made after a painting by Canaletto, commissioned by his patron Thomas Hollis, a political philosopher, who had met the painter while making the Grand Tour. Canaletto visited Britain repeatedly from 1746, building on contacts he had made in Italy and painting many scenes of British urban life.