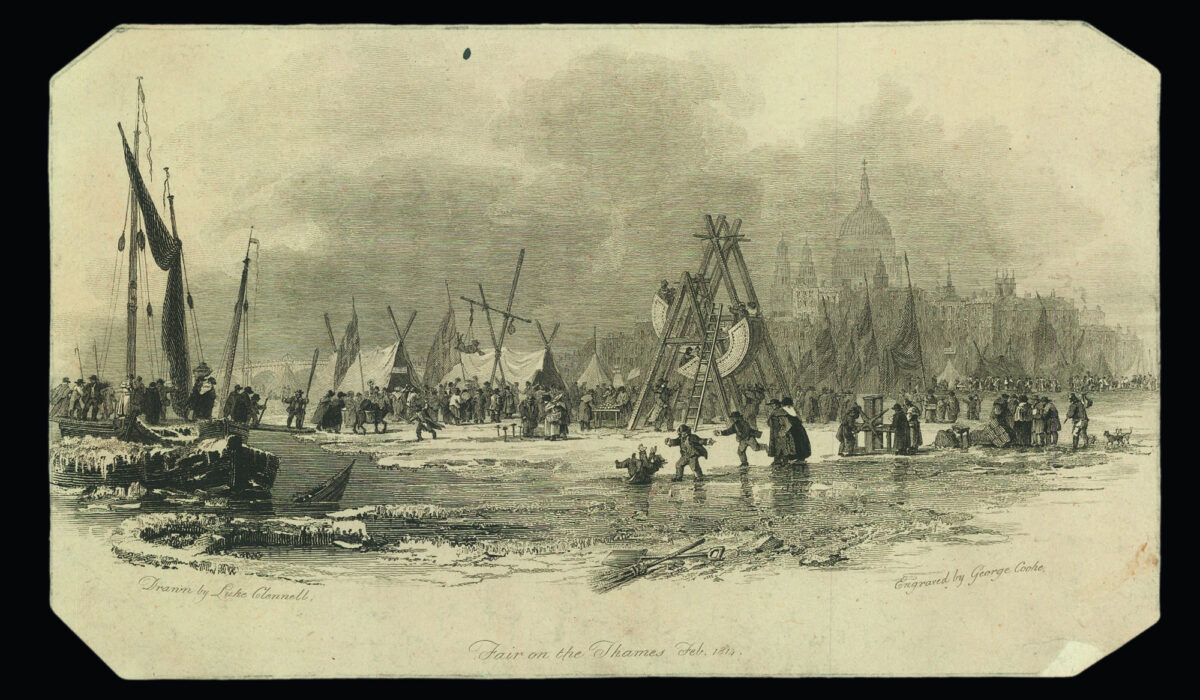 Clennell’s print is a snapshot taken from life. Drawn on the ice, which is beginning to melt, it shows a printing press being worked, with St. Paul’s Cathedral and Blackfriars Bridge in the background. The citizens of London are slipping about, swinging, buying and selling their wares, including the ice itself, which is being cut up, wrapped and tied in striped cloth to be taken home.

Best known as a coastal and landscape painter, Luke Clennell (1781–1840), was apprenticed to Thomas Bewick in 1797, and became a talented wood-engraver. ​“After completion of most ambitious work, ​‘Banquet of the Allied Sovereigns in the Guildhall’, became insane in 1819 and from 1831 was permanently in an asylum” (British Museum). 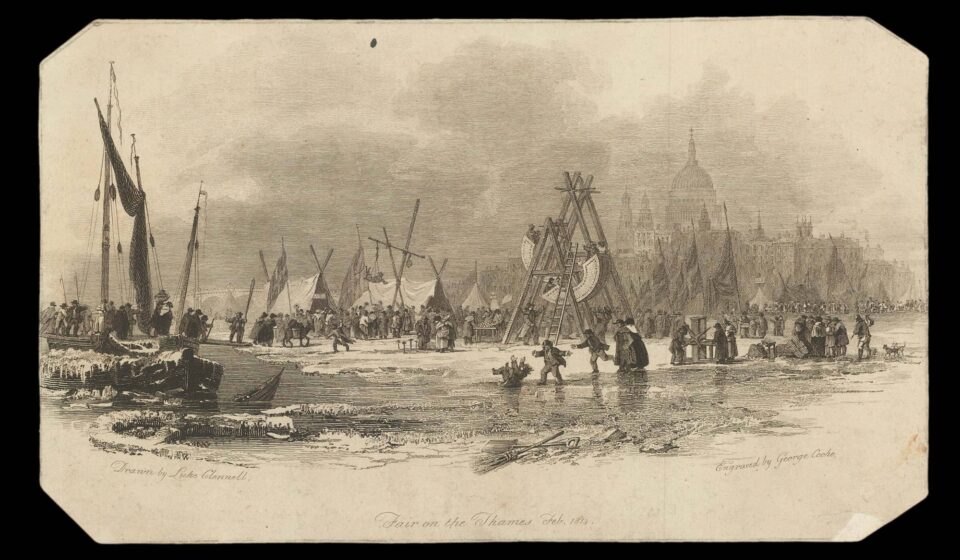