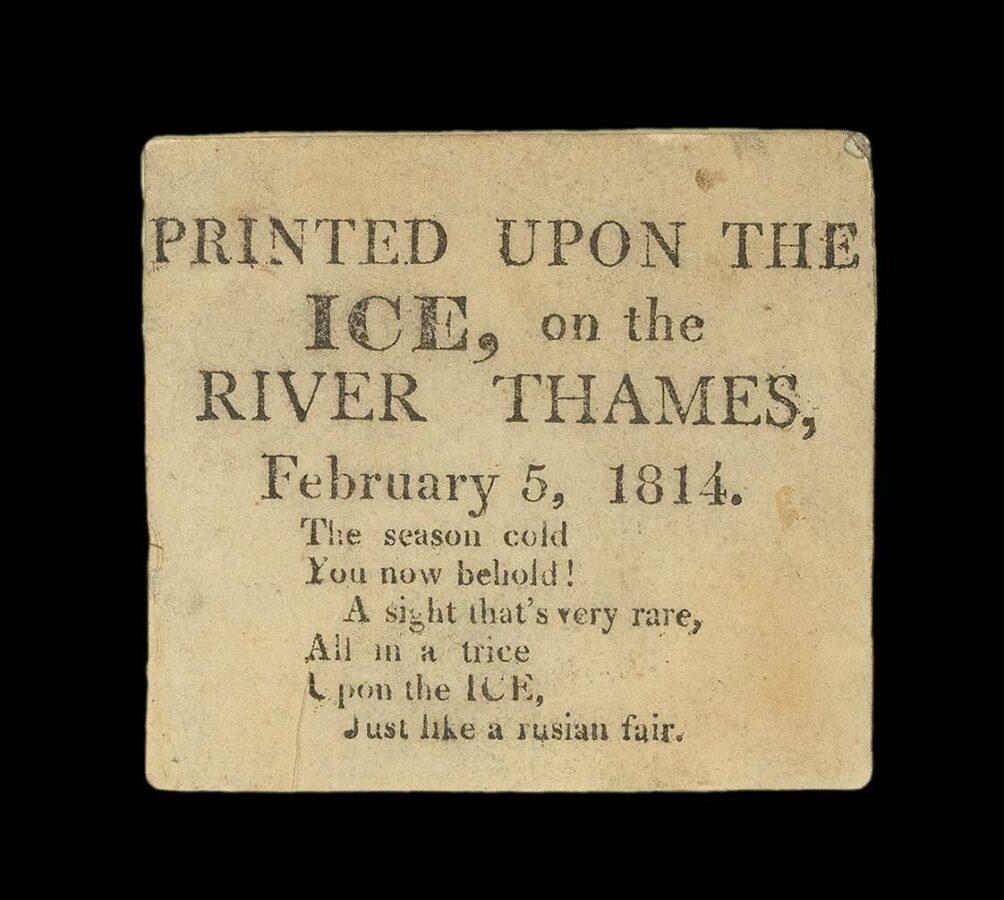 Printed upon the ICE, on the River Thames

​“Printed upon the
ICE, on the
River Thames,
February 5, 1814.
The season cold
You now behold!
A sight that’s very rare,
All in a trice
Upon the ICE,
Just like a rusian fair“ 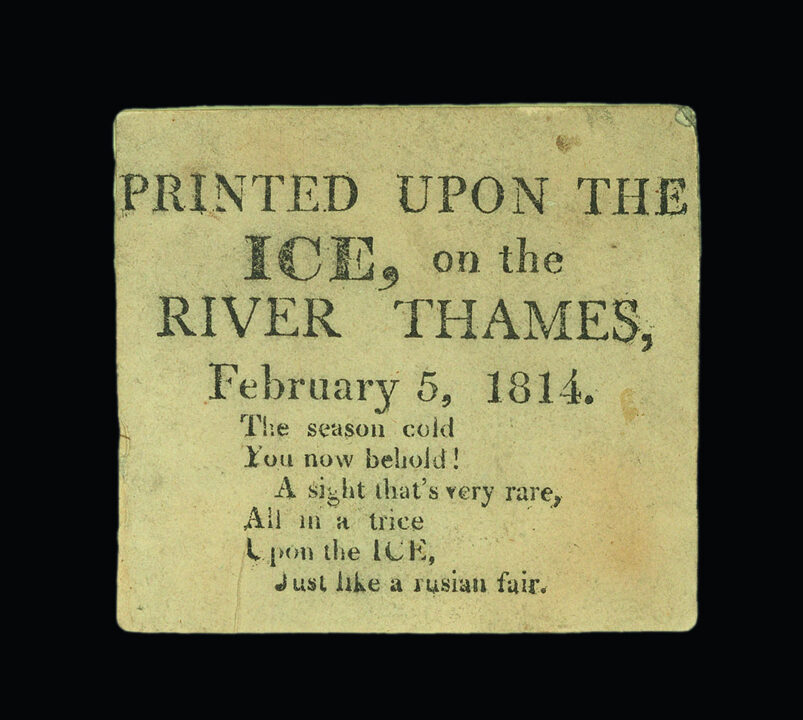