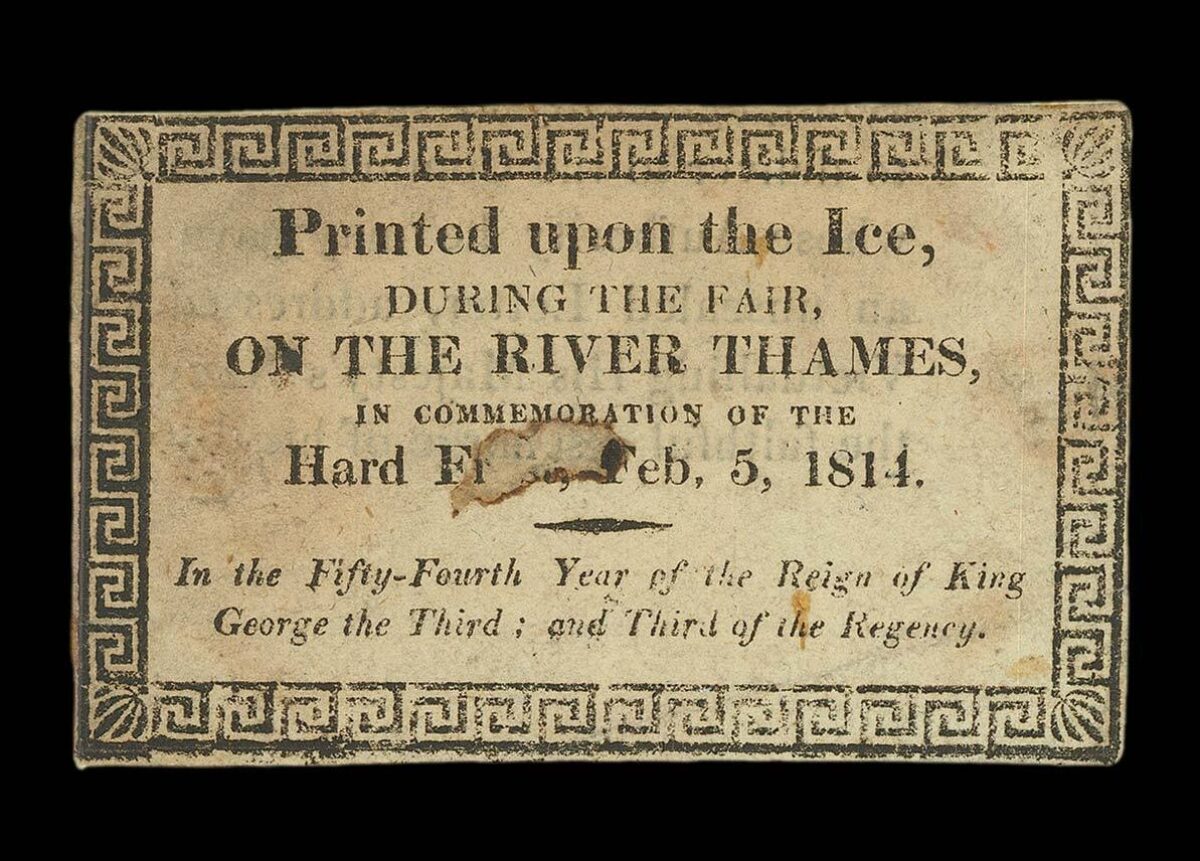 Printed upon the Ice

​“Printed upon the Ice,
During the Fair,
on the River Thames,
in commemoration of the
Hard Frost, Feb. 5, 1814
In the Fifty-Fourth Year of the Reign of King
George the Third; and Third of the Regency“ 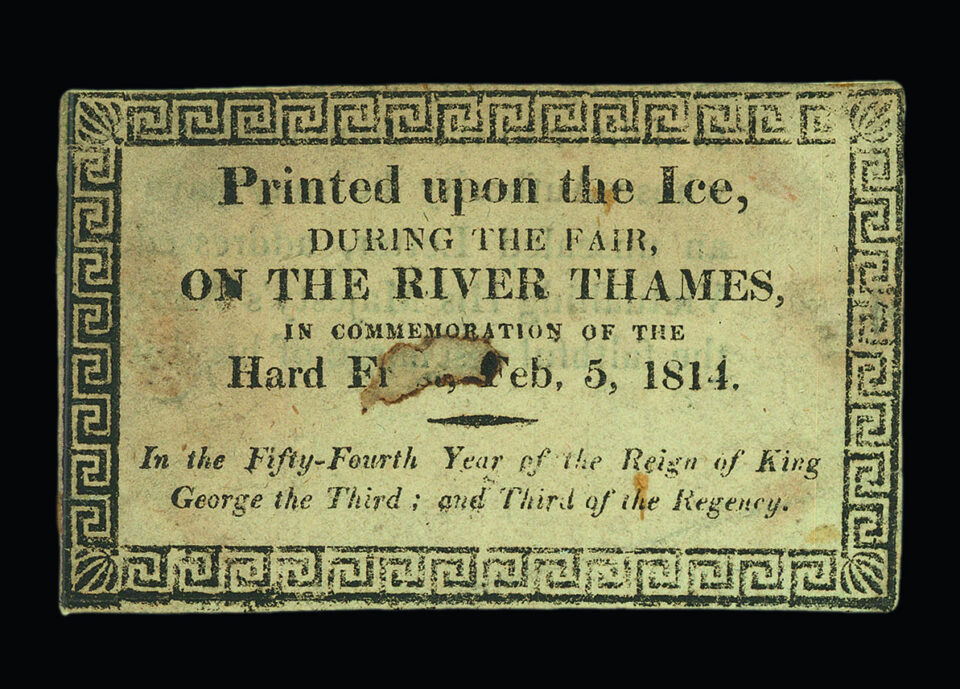