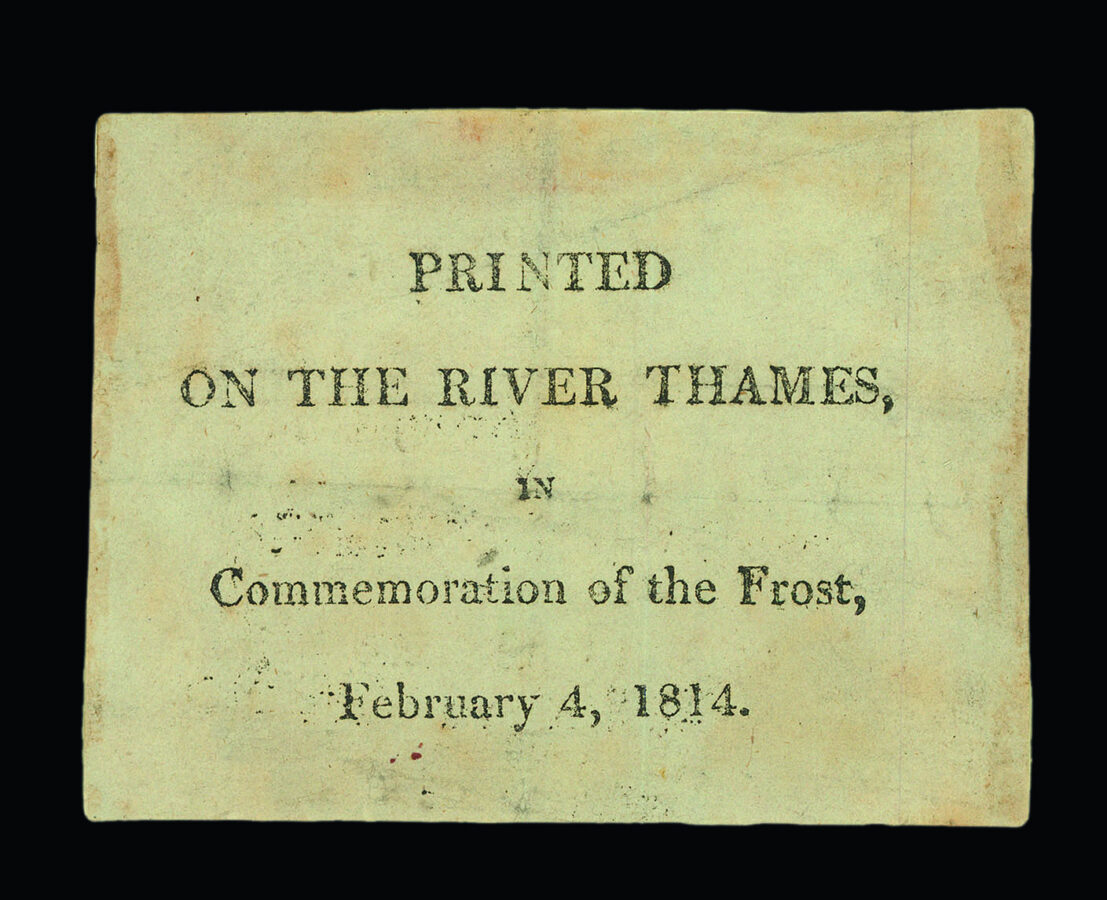 ​“Printed
on the River Thames,
in
Commemoration of the Frost,
February 4, 1814“