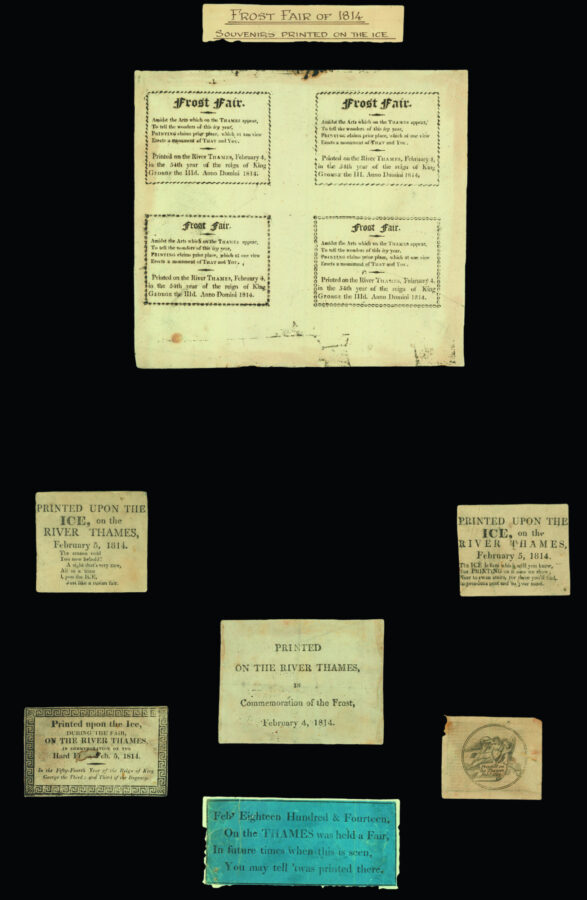 [Souvenir tickets from the Frost Fair of 1814].

From one of the presses working on the frozen ice of the River Thames this sheet of small tickets was printed as a souvenir commemorating the Frost Fair of 1814. It was apparently issued from a booth above which an orange banner emblazoned with the words ​“Orange Boven” flew, a reference to King William I Prince of Orange-Nassau (1772 –1843), the son of the last Stadtholder of the Dutch Republic, who after the Defeat of Napoleon at the Battle of Leipzig, in November 1813, was asked to become the Sovereign Prince of the United Netherlands.

Each ticket reads:
​“Amidst the Arts which on the Thames appear,
To tell the wonders of this icy year,
Printing claims prior place, which at one view,
Erects monument of THAT and YOU.
Printed on the River Thames, February 4, in the 54th year of the reign of King George the III. Anno Domini 1814”. 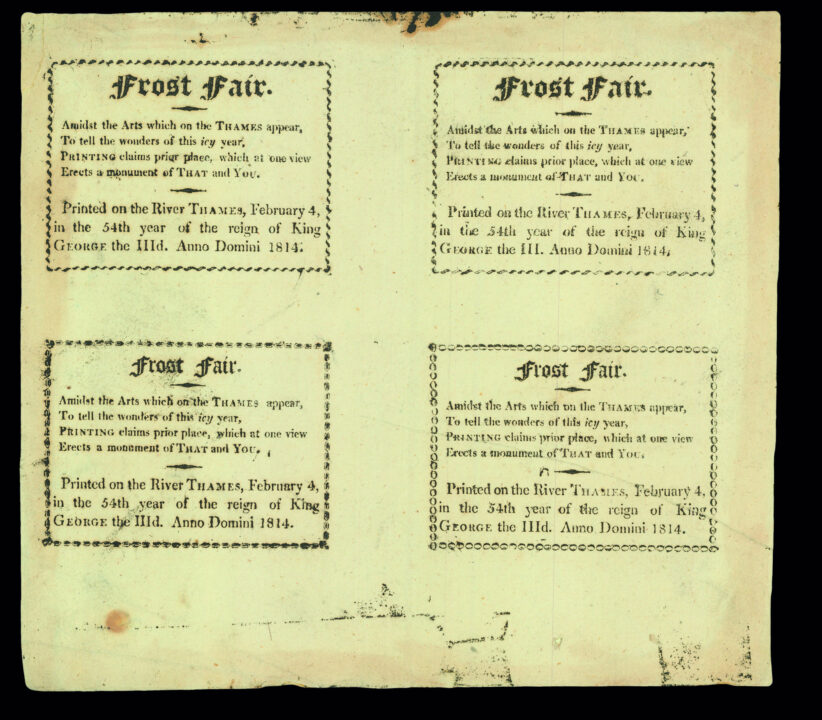 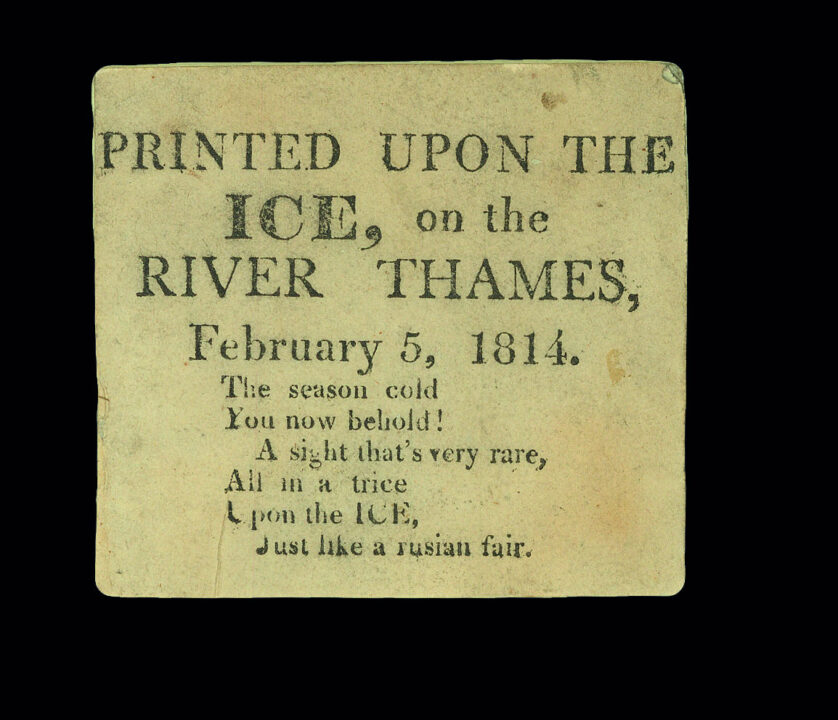 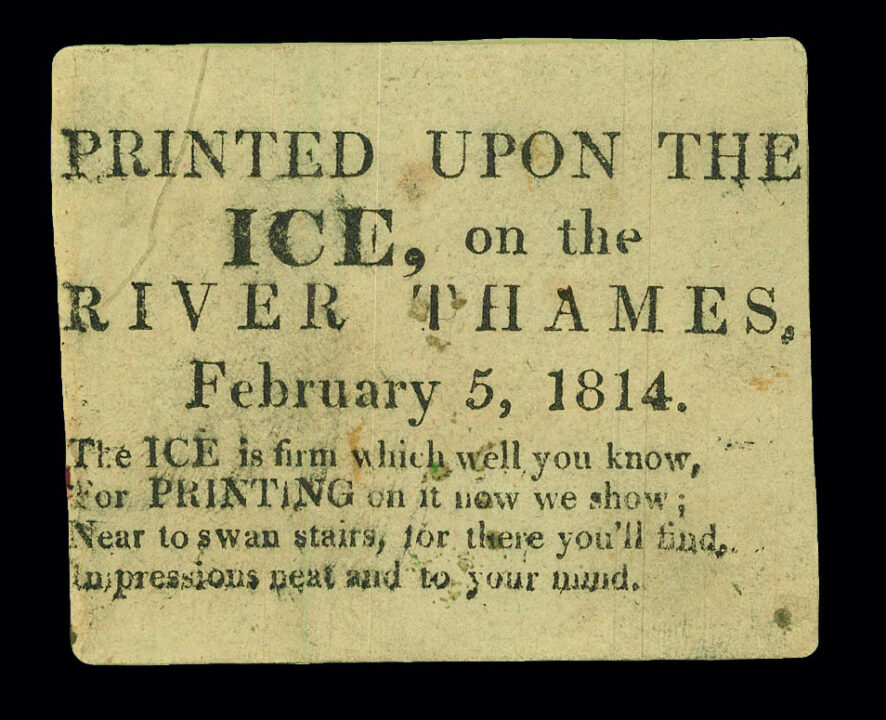 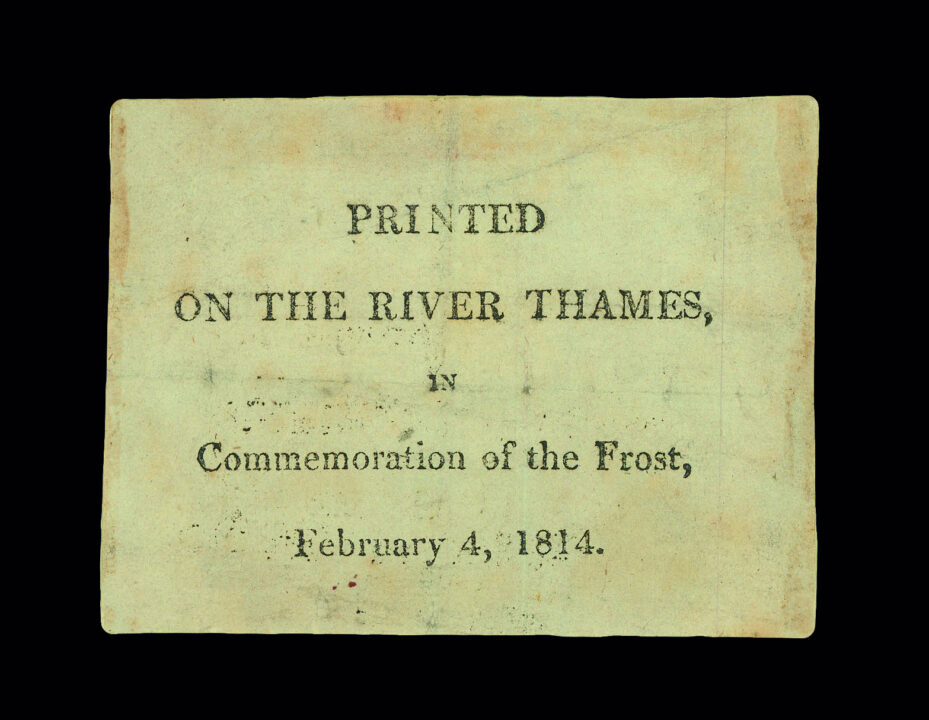 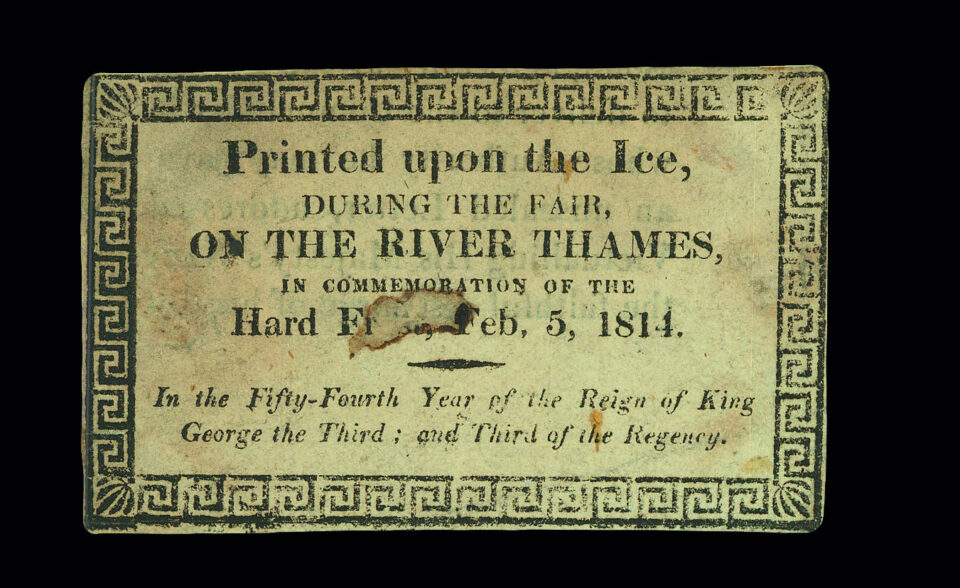 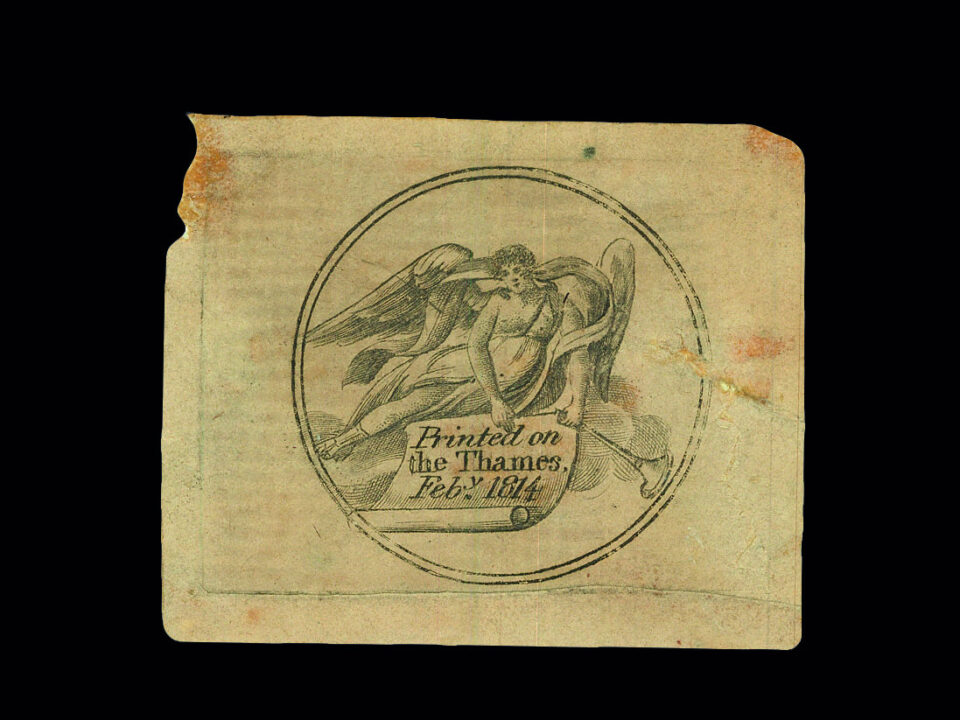 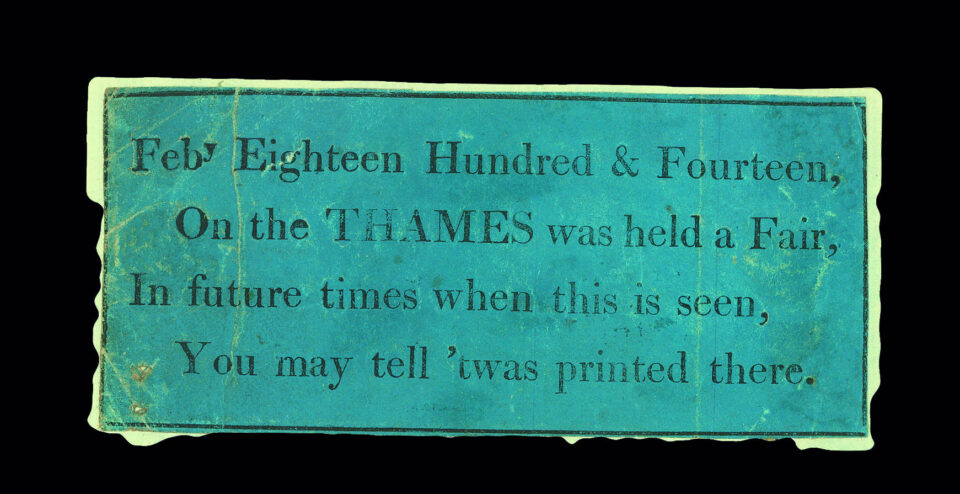 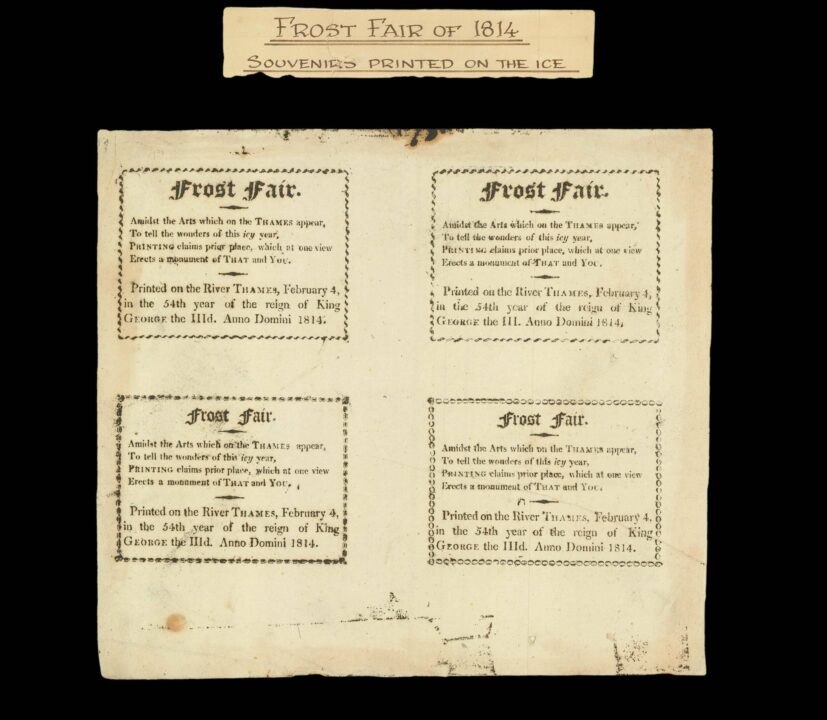 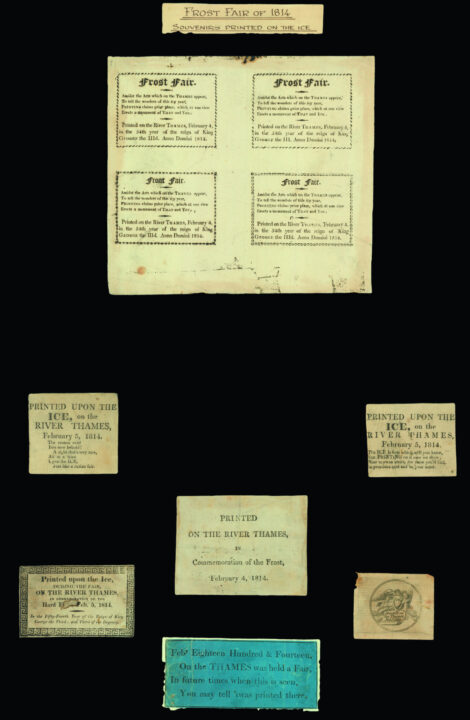