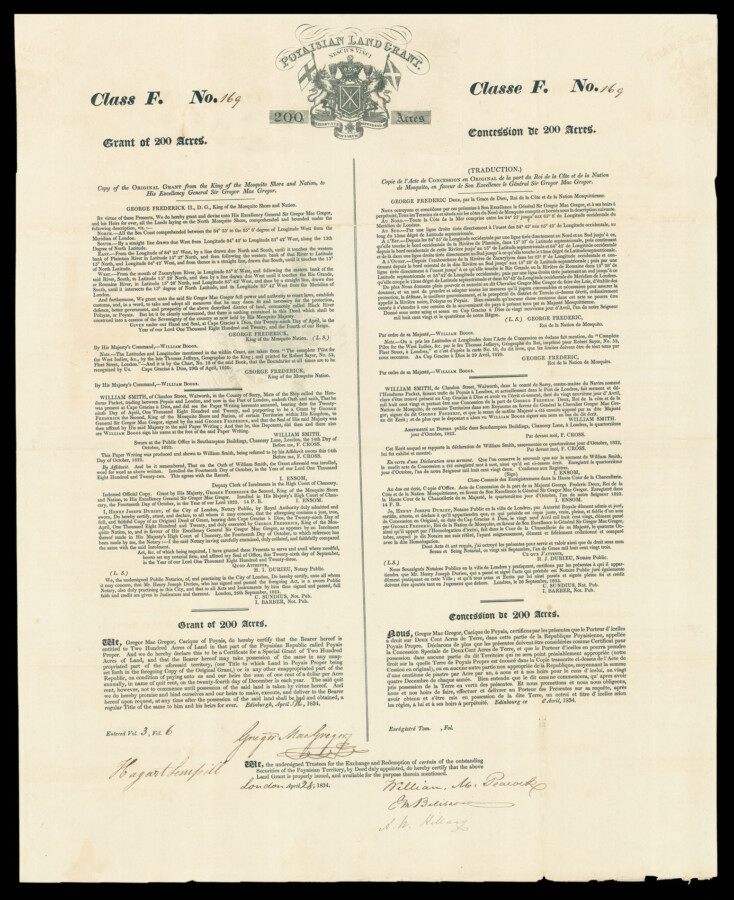 In this grant, seven years after his return to London, MacGregor is once again issuing bonds for a watered down version of his Poyaisian Scheme. Despite the ignominious failure of the last Poyaisian venture, and the publication in 1823 of an account by one of the original settlers of the desolate reality of MacGregor’s promised land, MacGregor continued to issue land certificates to cover his mounting debts. He was able to maintain the scheme because public disapproval focused on speculators in South American loans rather than his misrepresentation of Poyais; a pamphlet warning investors about Poyais published in 1827 makes no mention of him at all. He did not, however, manage to repeat the success of the first scheme; he was forced to issue these certificates in 1834 to pay for unredeemed securities, and two years after this document was issued, he reprinted the ​‘Poyaisian constitution’. This was his final, futile attempt at profiting from Poyais; two years later, after the death of his wife, he moved to Venezuela and lived out his days there. 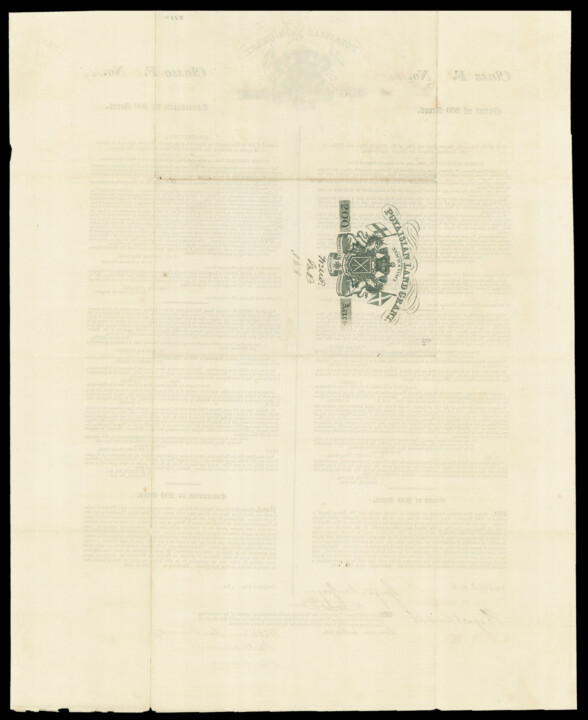 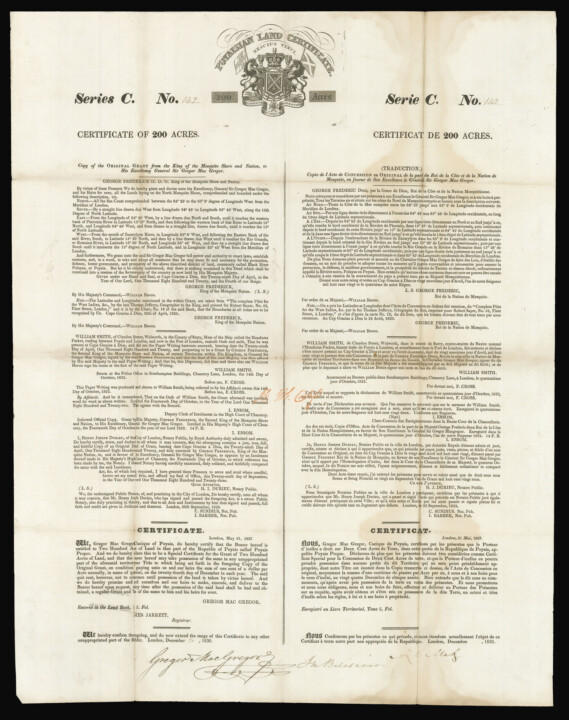 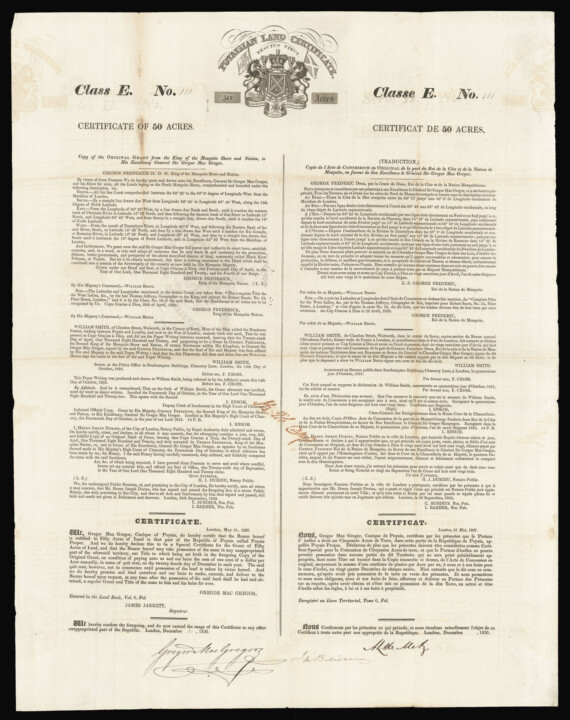 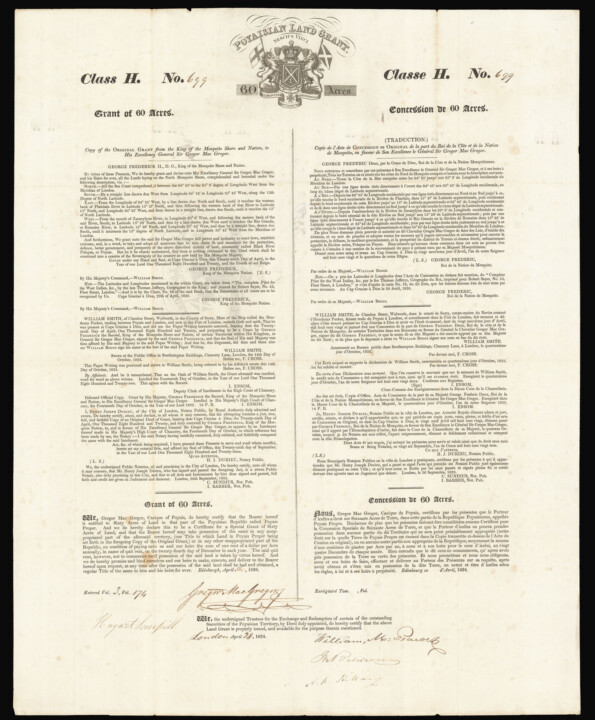 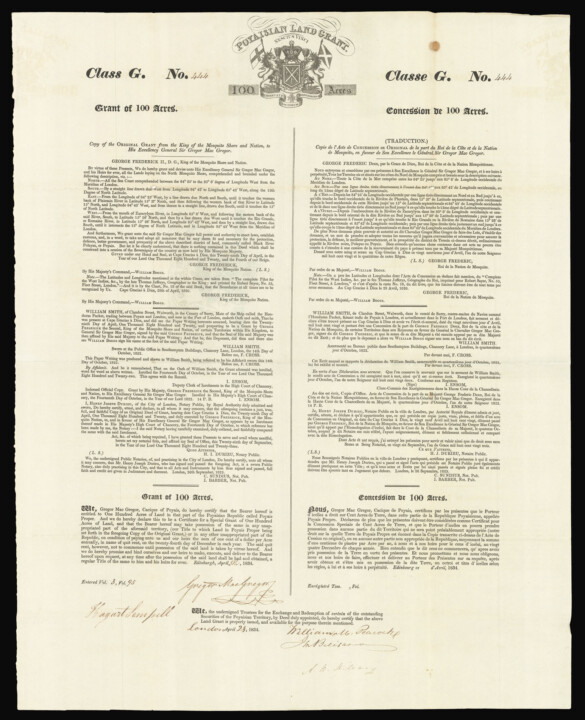