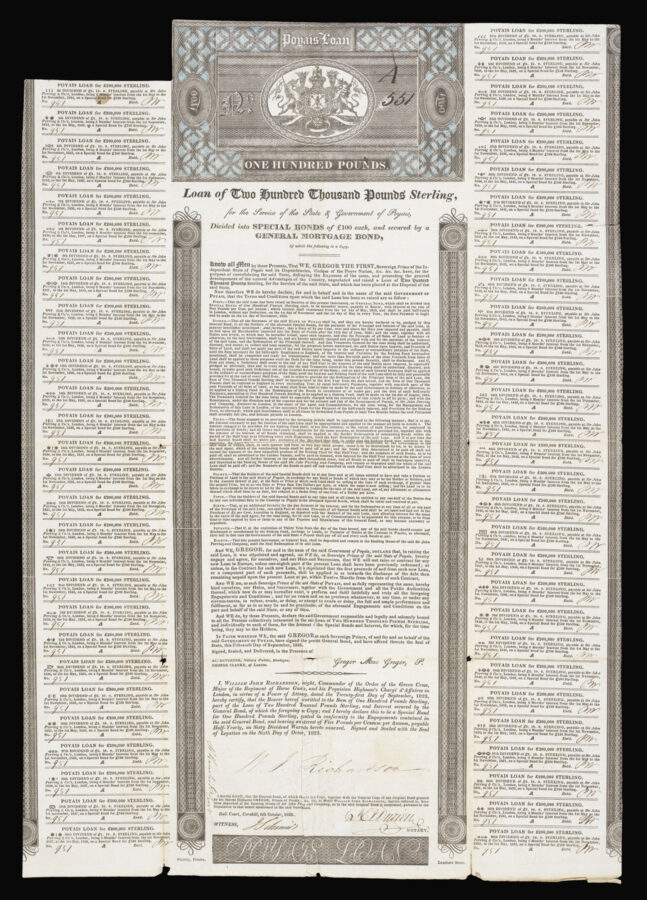 Poyais Loan No. A551 One Hundred Pounds. Loan of Two Hundred Thousand Pounds Sterling, for the Service of the State & Government of Poyais, Divided into Special Bonds of £100 each, and secured by a General Mortgage Bond, Of which this is a Copy.

The Scottish soldier Gregor MacGregor (1786–1845) began his life of adventuring in Venezuela and Colombia. In 1820 he visited what is today Honduras and obtained a grant of eight million acres from George Frederick Augustus, king of the Mosquito Indians. Returning to London, Macgregor styled himself as Gregor I, prince of the independent state of Poyais. He set about publicising his fictitious state, setting up a land office in London and selling bonds to investors. The scheme began to unravel when, echoing the Darien scheme of the late seventeenth century, a group of around two hundred settlers, mostly Scots, sailed to Poyais. Discovering only a barren and inhospitable swampland, they were saved by a British rescue mission. MacGregor fled to Paris in late 1823 only to continue his activities there. After acquittal in a French fraud trial he returned to London and once again began issuing bonds for his Poyasian Scheme.

The current bearer bond was issued in 1823, one of 2,000 £100 bonds issued by MacGregor. The uptake of the bonds was evidently quite dramatic as by the 23rd October, MacGregor had managed to sell all the bonds, and thus raised £200,000. 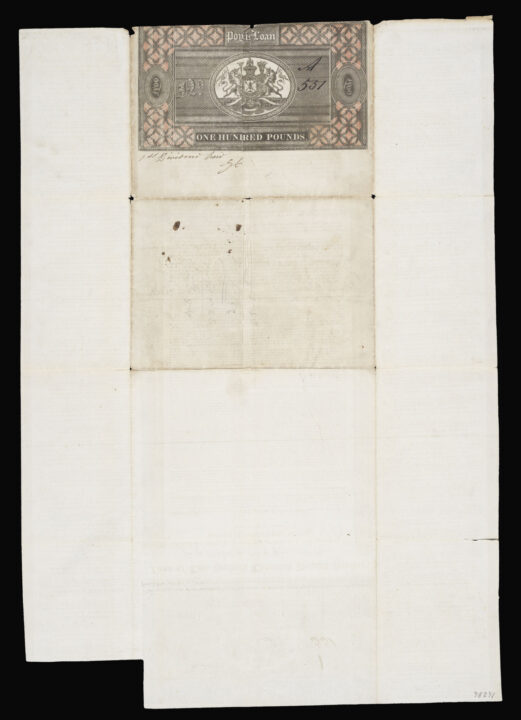