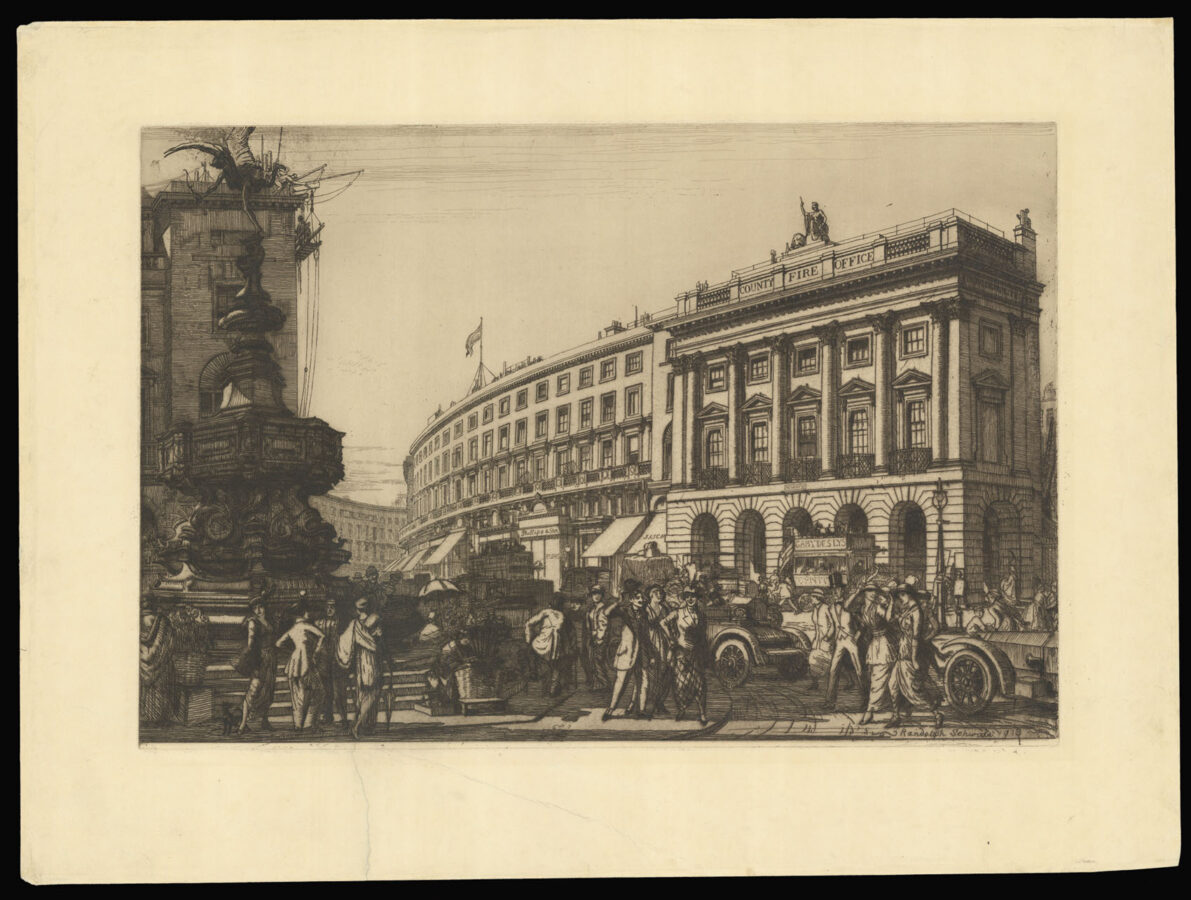 A view of Piccadilly Circus and the Shaftesbury Memorial Fountain, topped by the famous statue of Eros. The view was later reproduced, with date intact but on a smaller scale, in ​‘Disappearing London’ in 1927, a book of views that had ​‘disappeared’ over the fifteen years before publication. By 1927 the department store Swan and Edgar, shown in the print, was no longer in existence.

Randolph Schwabe (1885–1948) was an English artist and a member of the London Group. He served as a war artist during the First World War, and became Principal of the Slade School of Fine Art and Slade Professor of Fine Art at University College London in 1930.