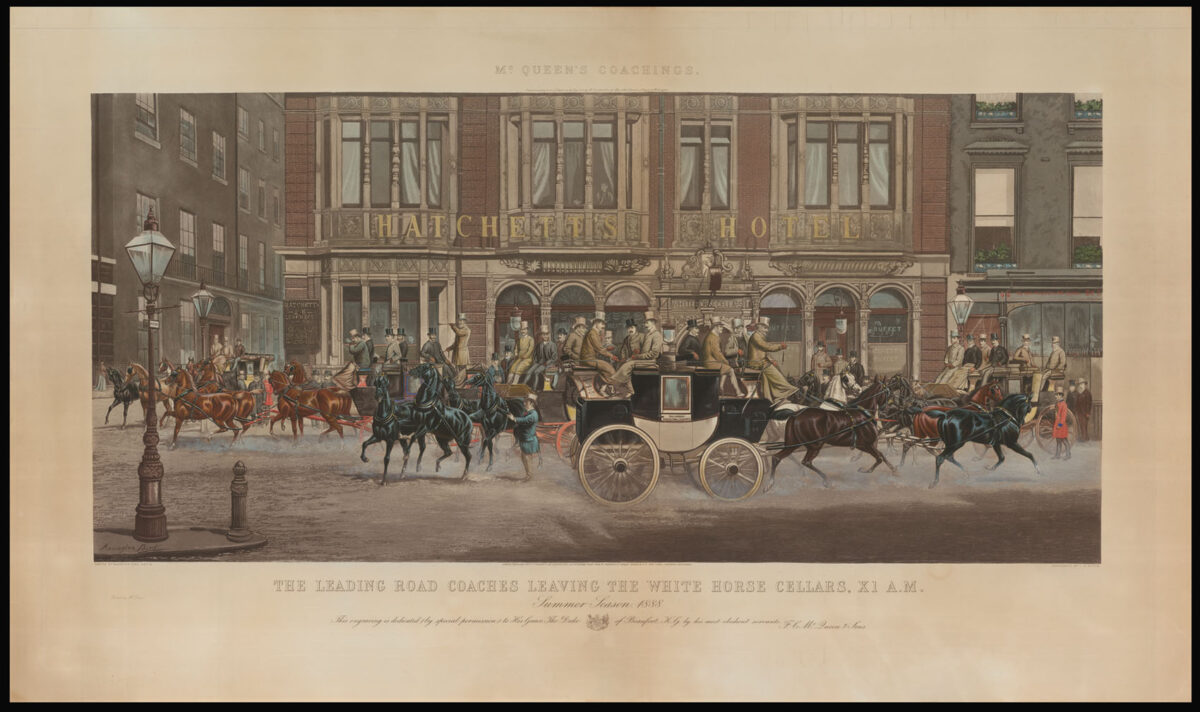 The Leading Road Coaches Leaving the White Horse Cellars, XI AM. Summer Season 1888. This engraving is dedicated by special permission to his Grace the Duke of Beaufort by his most obedient servants FC McQueen & Sons.

A view of the Old White Horse Cellars, or Hatchett’s White Horse Cellar, on Piccadilly. It was one of the most famous coaching inns in London, and served as the starting point for mail coaches going to west England. It was also a hub for travellers. The inn was named by its first landlord in honour of the new monarch George I. The crest of the house of Hanover featured a white horse.

The print is dedicated to Henry Somerset, 8th Duke of Beaufort, possibly because he had acted as Master of Horse for several Conservative governments.

John Alexander Harington Bird (1846–1936) had intended to follow a military career but turned to art instead, and studied at the Royal Academy Schools. In 1875 he moved to Montreal, where he took the post of Director of Art at the Board of School Commissions. He exhibited at the Royal Canadian Academy and became an associate member in 1880. In 1895 he returned to London.