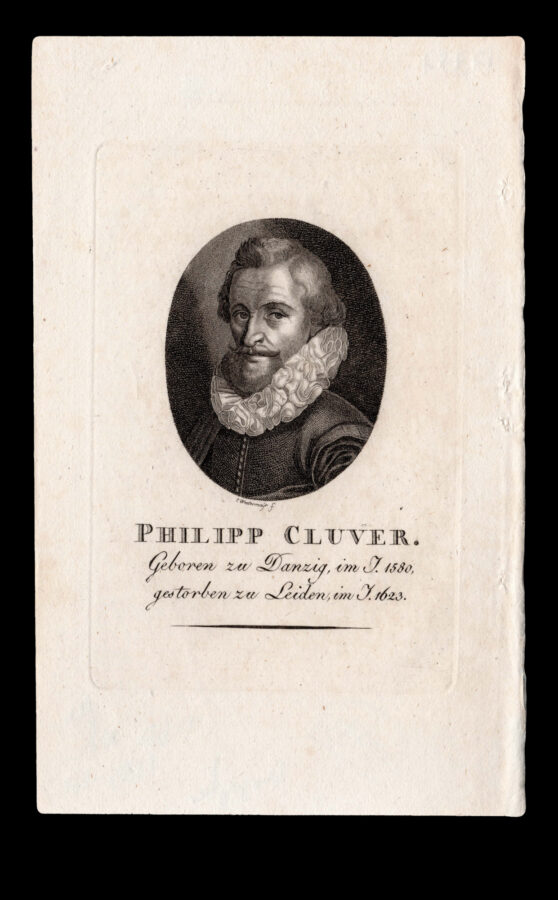 Philipp Clüver (1580–1622) was a German geographer and historian, who prepared three Classical atlases throughout his career, focusing on Italy, Sicily and Germany, respectively. His magnum opus, however, was the ​‘Introductionis in Universam Geographiam’ which ran into numerous editions across the following century. It first appeared in the 1624, with over 45 reprints in the subsequent 100 years. The work constituted the first comprehensive modern geography book, and soon became a standard geographical textbook. Clüver was also a prolific writer on mathematical and theological subjects.

Clüver’s portrait was included in the ​‘Allgemeine Geographische Ephemeriden’ of 1804, engraved for the magazine by Conrad Westermayer. He is shown in a jacket and ruff, but without the large peruke that typically featured in portraits of men from his time. It appears to be after Willem Jacobsz. Delff, who executed Clüver’s portrait in 1620.