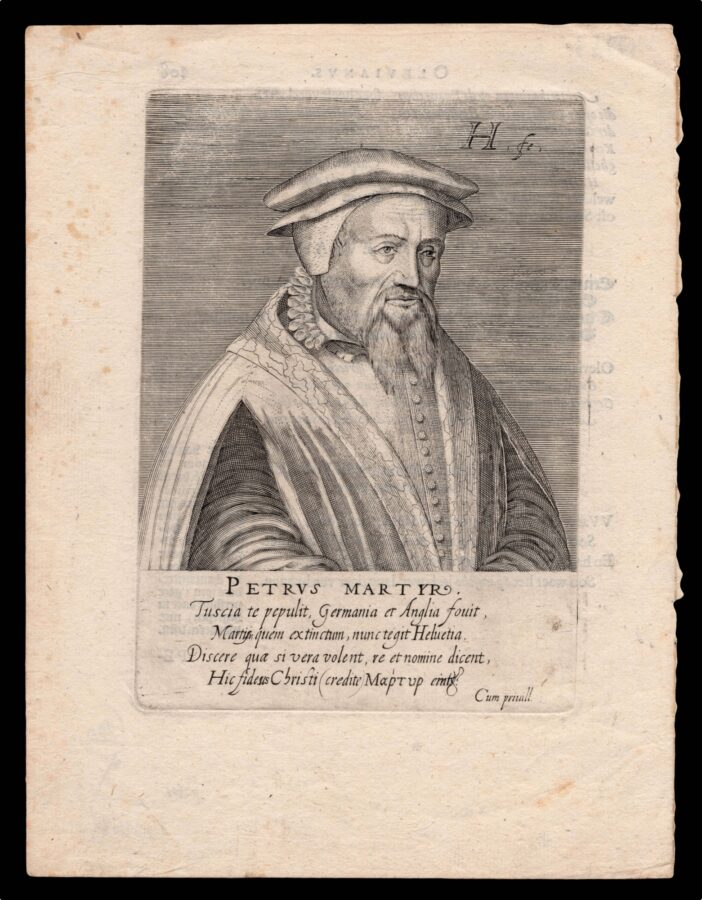 Despite being an Italian by birth, the historian, chaplain, teacher and diplomat Peter Martyr d’Anghiera (1457–1526) spent the majority of his life in Spain writing accounts of the many voyages undertaken to the New World. His most famous work was the ​‘Decades’, published from 1511 to 1530, which charted early European exploration of the Central and South America. His ​‘De Orbe Novo’ of 1530 described the first contacts of Europeans and Native Americans, and he is also credited with the publication of the very first printed map devoted solely to the Americas, which appeared in his ​‘Legatio Baylonica’ of 1511.

Martyr d’Anghiera’s portrait, engraved by Hendrik Hondius I, was published in Jacob Verheiden’s ​‘Praestantium aliquot theologorum … effigies’, a series of fifty-one portraits of notable scholars. The collection was first published in 1599 by the Hondius firm and re-published between 1602 and 1604 by Nieulandt and Janssen. Martyr d’Anghiera is shown in a flat cap and embroidered gown, in three-quarter view. Beneath the image there are four lines of Latin verse: ​“Tuscia te pepulit, Germania et Anglia fouit, / Martyr, quem extinctum, nunc tegit Helvetia. / Discere quae si vera volent, re et nomine dicent, / Hic fideus Christi (credite) Martur ?erat” (‘Tuscany produced you, Martyr, Germany and England fostered you, You whom Helvetia now keeps safe in your death. If they want to speak the truth, let them say that in deed and name, You were indeed a true witness of Christ ’). 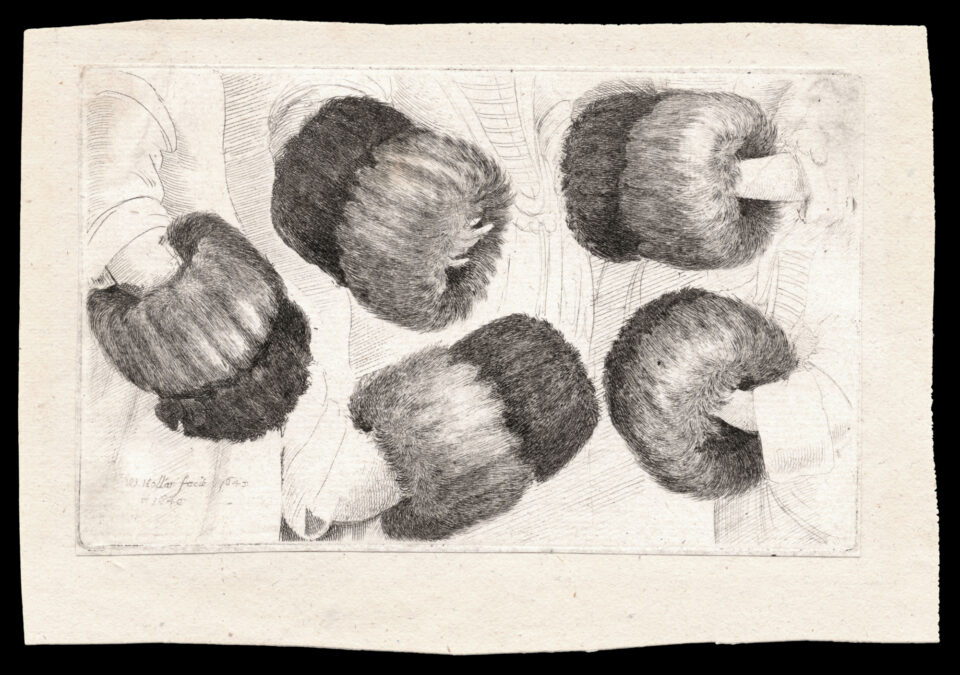