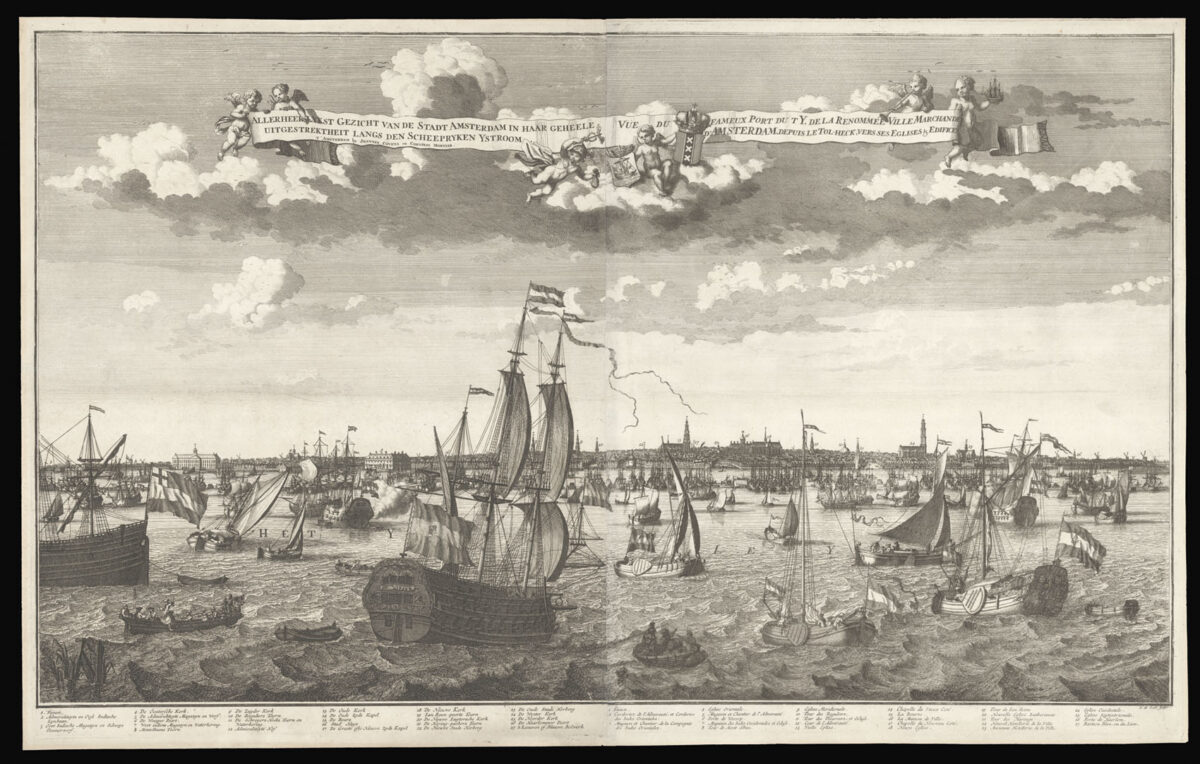 Panorama of Amsterdam from the sea

Panorama of Amsterdam from the sea.

The view is dominated by the numerous vessels on the IJ. These range from a large East Indiaman, to small packets, and rowing boats, and amply demonstrates Amsterdam’s source of wealth and power. The view of the city in the background is almost an after thought, however, the engraver has managed to depict the city in fine detail, and a numbered key below lists 27 landmarks. These include the naval arsenal, the Oosterkerk, the Oude Kerk, the Montelbaanstoren, the Zuiderkerk, and the Noorderkerk, among others.

Hendrik de Leth (1692–1759) was an engraver, publisher, and mapmaker working in Amsterdam during the first half of the eighteenth century.