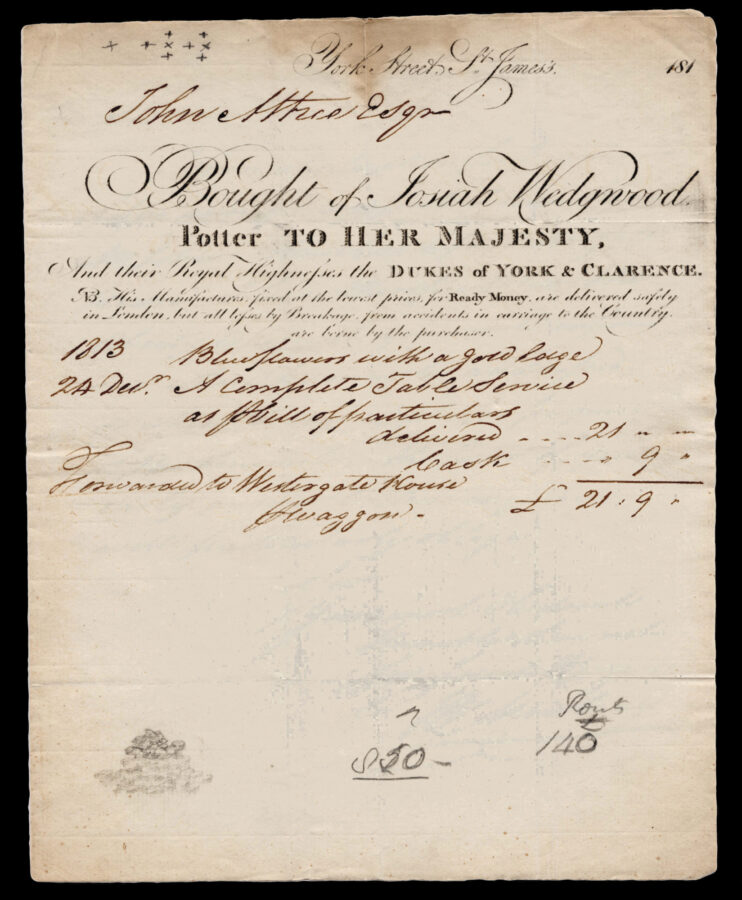 P is for Potter

Bought of Josiah Wedgwood, Potter to Her Majesty And their Royal Highnesses the Dukes of York & Clarence… NB. His Manufactures fixed at the lowest prices, for Ready Money, are delivered safely in London, but all lesses by Breakage, from accident in carriage to the Country, are borne by the purchaser.

Made out to John Attree Esq.r, on Christmas Eve, 1813, for ​“Blueflowers with a gold Edge; A Complete Table Service as per bill of particulars, delivered … 21 ~ ~, back ~ 9 ~, forwarded to Watergate House by Waggon, £21: 9 ~”. Watergate House was probably one of the vast mansions on the Strand, of which only York Watergate remains.

Josiah Wedgwood (1730–1795), the founding father of the eponymous firm, left his three sons in charge of his business. The address from which this receipt was issued, 8 York Street, St. James’s, was acquired by the younger Josiah Wedgwood (1769–1843), the second son, for £8500, with a further £7000 spent to refurbish it and create the showroom. Wedgwood and his partner, Thomas Byerley, used the premises until, August 1830, when the property was sold by Wedgwood to the Earl of Romney. 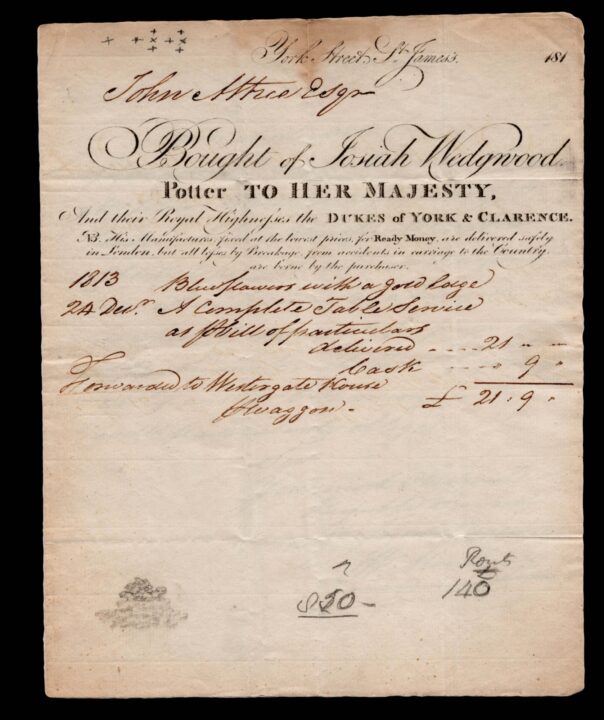