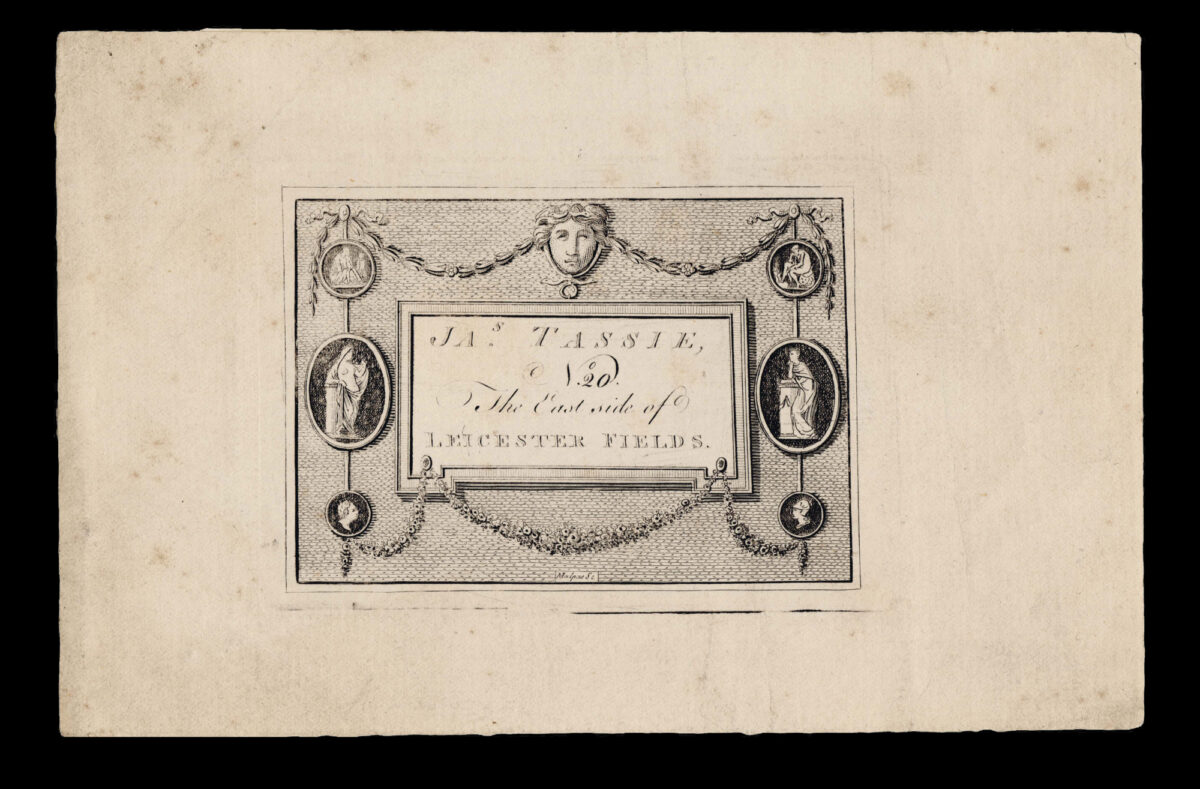 P is for Portrait Medallionist, favoured by Catherine the Great

James Tassie’s (1735–1799), trade card, engraved by Edward Malpas, is illustrated with vignettes of the cameo and medallion portraits that made him famous. Originally from Glasgow, initially trained with his father as a stone-mason, but soon switched to sculpting, and then became an assistant to Henry Quinn, a physician in Dublin whose pastime was making imitation gems. Together, they invented a vitreous paste with which they made imitations and impressions of the real thing. With Quinn’s encouragement, Tassie moved to London in 1766. His ​“commercial success was almost immediate, and he must be the ​‘ingenious modeller’ the ​‘perfection’ of whose work (Dossie) was noticed by the Society for the Encouragement of Arts, Manufactures, and Commerce shortly after the society had ceased awarding premiums for such reproductive work. It was certainly reproductive work that concerned him most at this stage, and he sought out collections of engraved gemstones, both classical and modern, from which to make casts. His work in glass, both cameo and intaglio, in a variety of colours and degrees of opacity, and sometimes with complex striations, was used mainly by the jewellery trade, while complete collections in plaster, sulphur wax (coloured by red lead), and, of course, glass were acquired by connoisseurs. In the last case the individual items were usually wrapped round with thick gold-edged paper, numbered on the outside to correspond with the catalogue, and mounted within shallow drawers, the bottom of which might be coloured. The height of Tassie’s success came when a complete collection in this form, in cabinets designed by the architect James Wyatt, was ordered by Catherine the Great of Russia in 1781” (Duncan Thomson for DNB). 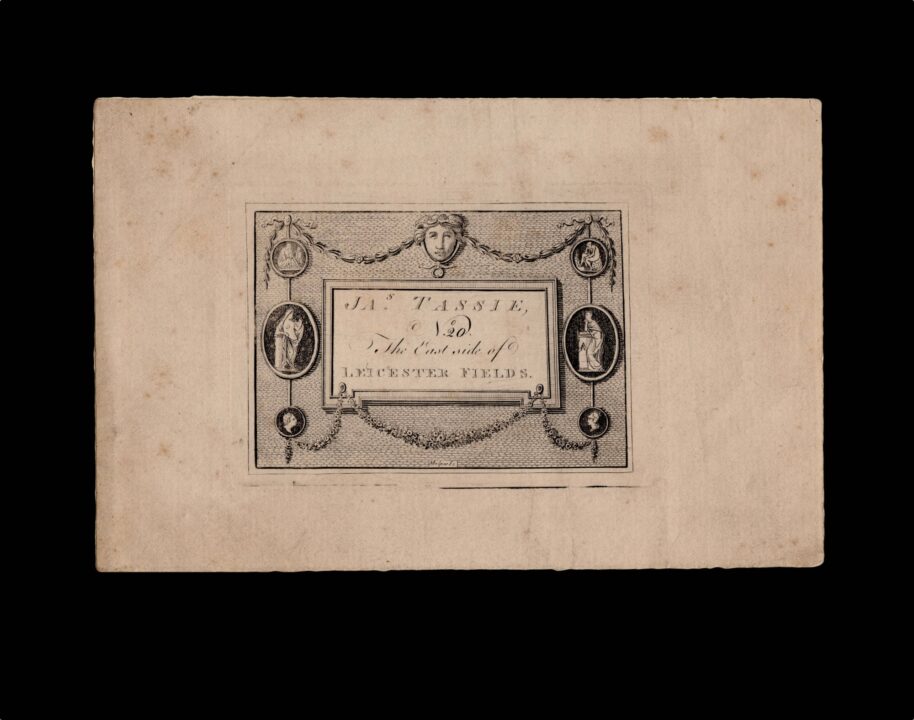