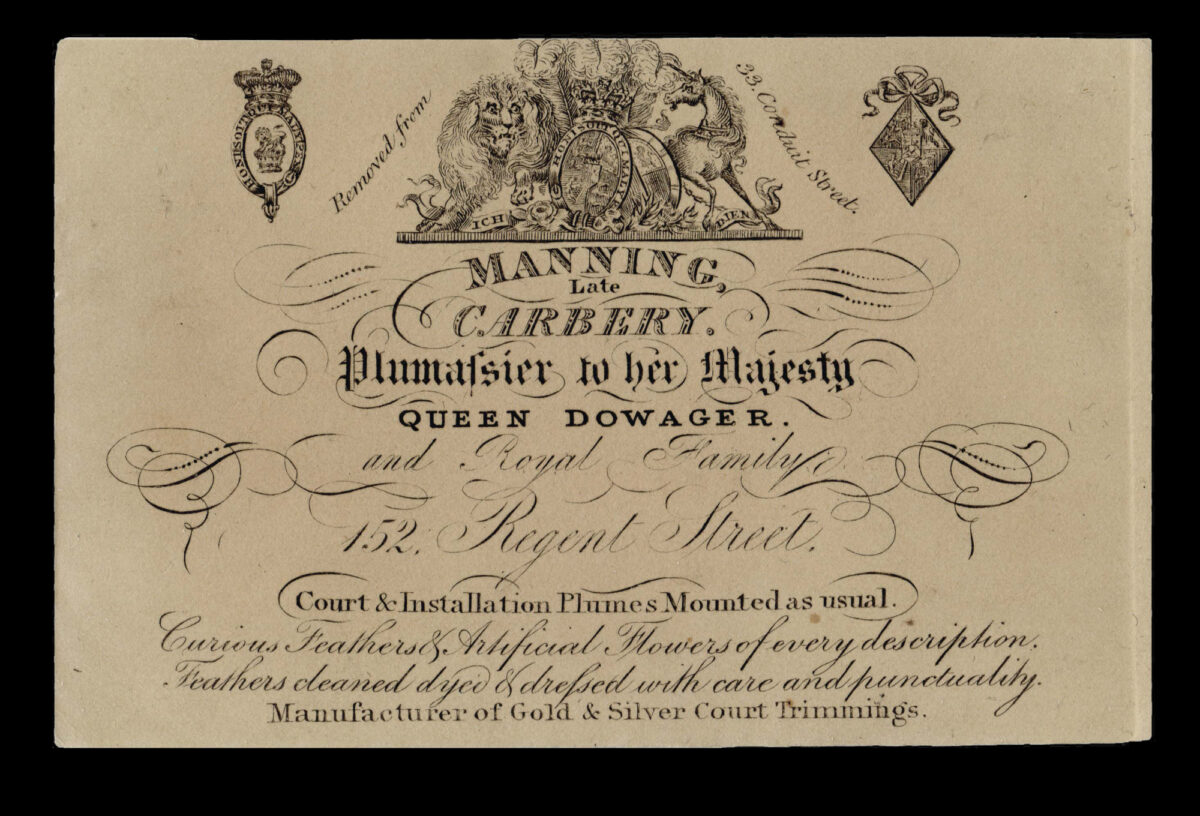 The demand for elaborate feathers to adorn hats, dresses and other accessories begot a huge surge in the plumasserie industry during the eighteenth and nineteenth centuries. This in turn led to intensive hunting of certain birds, even causing the decline or disappearance of some species; indeed, such was the impact on the avian world that associations such as the Royal Society for the Protection of Birds were established to oppose it.

At the end of the nineteenth century, there were nearly eight hundred houses in Paris employing six to seven thousand plumassiers, often dealing with only one type of feather at a time. During the same period, London’s plumasserie industry was largely concentrated in the East End. It was certainly a lucrative business, with £500,000 worth of ostrich feathers were imported into London in 1883 alone.

R. Manning was one of many plumassiers active in London during the nineteenth century, having held premises at 33 Conduit Street and later 152 Regent Street. Manning advertises himself as ​“plummasier to her Majesty Queen Dowager”, which must refer to Adelaide of Saxe-Meiningen, wife of William IV who held the title of Queen Dowager from 1837 to 1849. At this time feather-makers often either doubled as, or worked in close contact with, flower-makers, or fleuristes, and Manning appears to have been no exception, since he advertises ​“artificial flowers of every description” alongside his ​“curious feathers”. The trade card is surmounted by the royal crest of Manning’s most important clients. 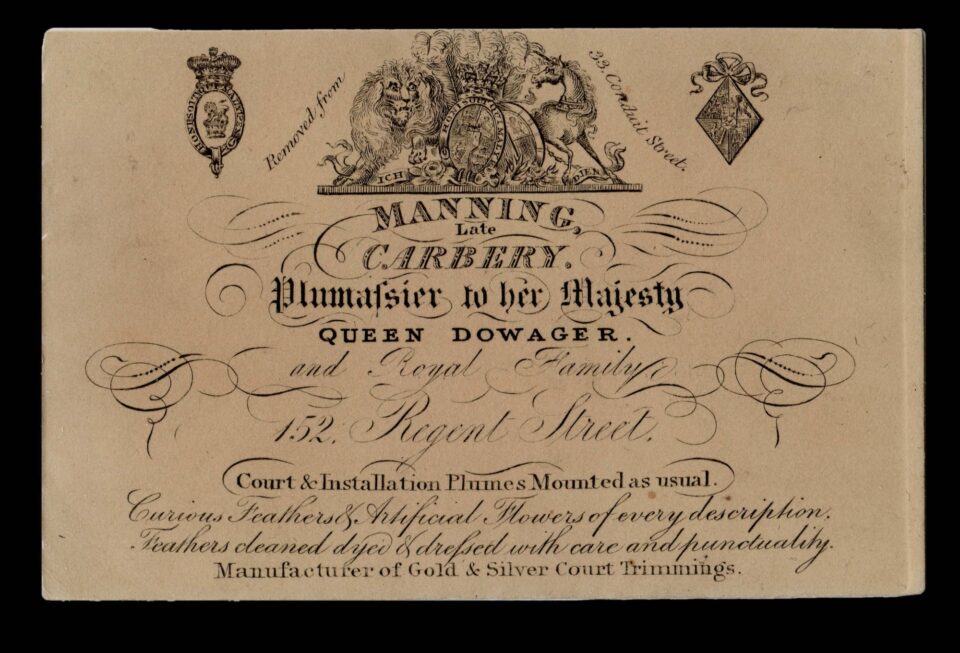