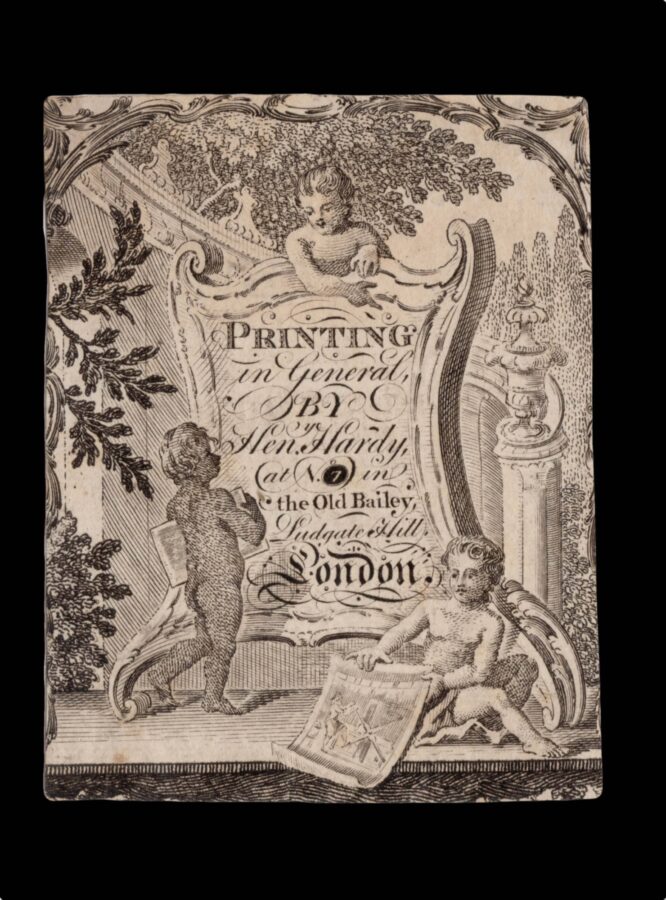 P is for Playing Card Maker

Printing in General by Hen.ry Hardy

The Hardy family are best known for their playing card business, which began in the early 1770s, from the address given in this trade card, at 7 the Old Bailey. Henry Hardy I, purchased the Freedom of London through the Goldsmiths’ Company in 1766. When he died in 1789, the business was continued by his wife, Sarah. Their two eldest sons, James and Henry, served apprenticeships with their mother, and achieved their Freedoms in 1794 and 1796 respectively. The business was precarious, and both Henry I and Henry II were charged with bankruptcy. Henry II was admitted to the debtor’s prison from 1801, absconding in 1804.

James Hardy continued the business under his own name, from the Minories, then St. Paul’s Churchyard. He was elected master of the Worshipful Company of Makers of Playing Cards for 1802–3.

BM Heal 99.57 records a near identical example of this trade card, but with address at Deans Court St. Martins le Grand.