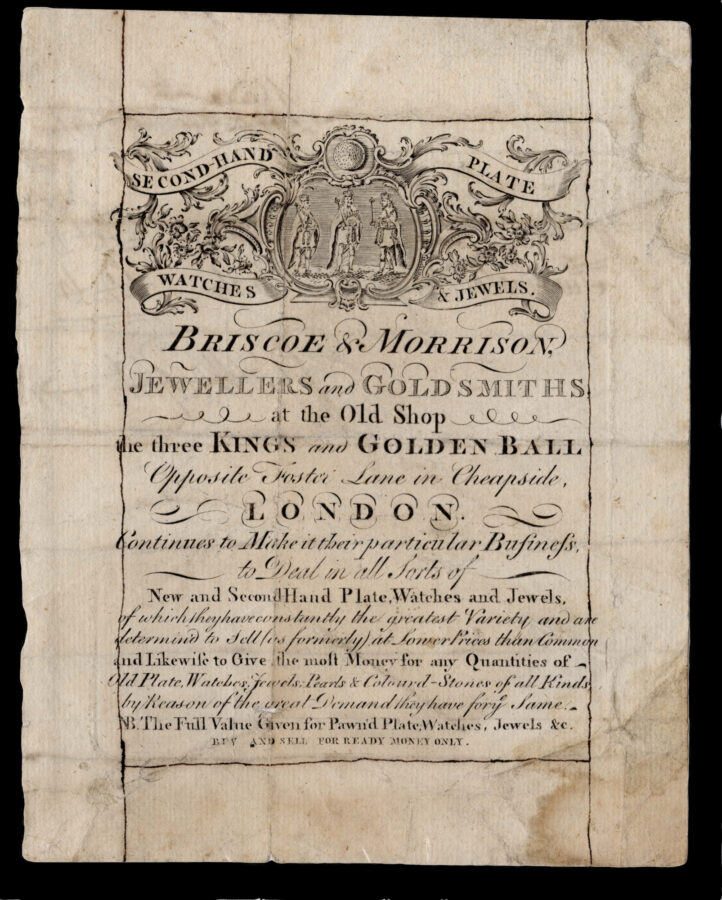 P is for Plate Dealer

By BRISCOE, Stafford; and Richard MORRISON, 1762

Second-Hand Plate – Watches & Jewels. Briscoe & Morrison, Jewellers and Goldsmiths … Continues to Make it their particular Business, to Deal in all Sorts of New and Second Hand Plate, Watches and Jewels, of which they have constantly the greatest Variety and are determin’d to Sell (as formerly) at Lower Prices than Common and Likewises to Give the most Money for any Quantities of Old Plate, Watches, Jewels: Pearls & Coloured-Stones of all Kinds, by Reason of the great Demand they have for y.e Same – NB. The Full Value Given for Pawn’d Plate, Watches, Jewels &C. Buy and Sell for Ready Money Only.

A restrained trade card with a vignette of the shop sign depicting the three kings and their golden ball. Stafford Briscoe (c1711-1789) and his ?father John Briscoe (fl1724-1756) were jewelers and goldsmiths at the Three Kings and Golden Ball in Cheapside from the 1740s. It seems that Stafford then operated from the same premises alone until he was joined by Richard Morrison from 1762. They were in business together until 1780 when Briscoe appears to have retired to a large property at Cross Deep in Twickenham. He is recorded as selling some land to Horace Walpole in 1775. Morrison continued in business until 1783. 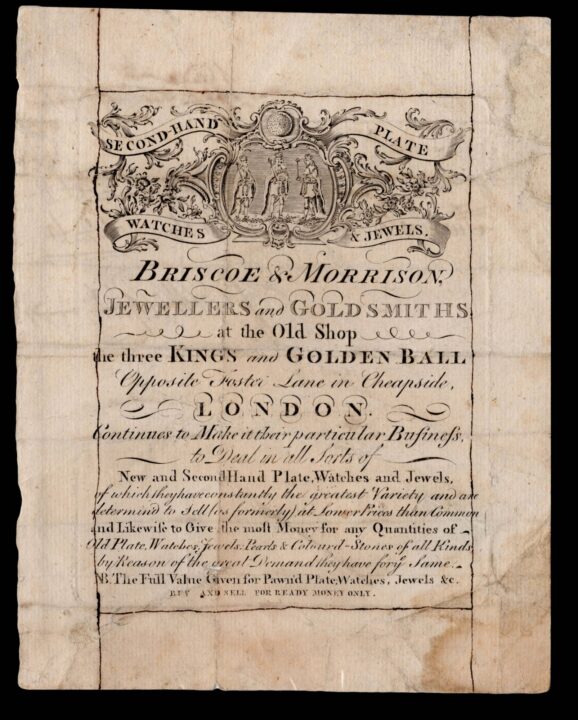