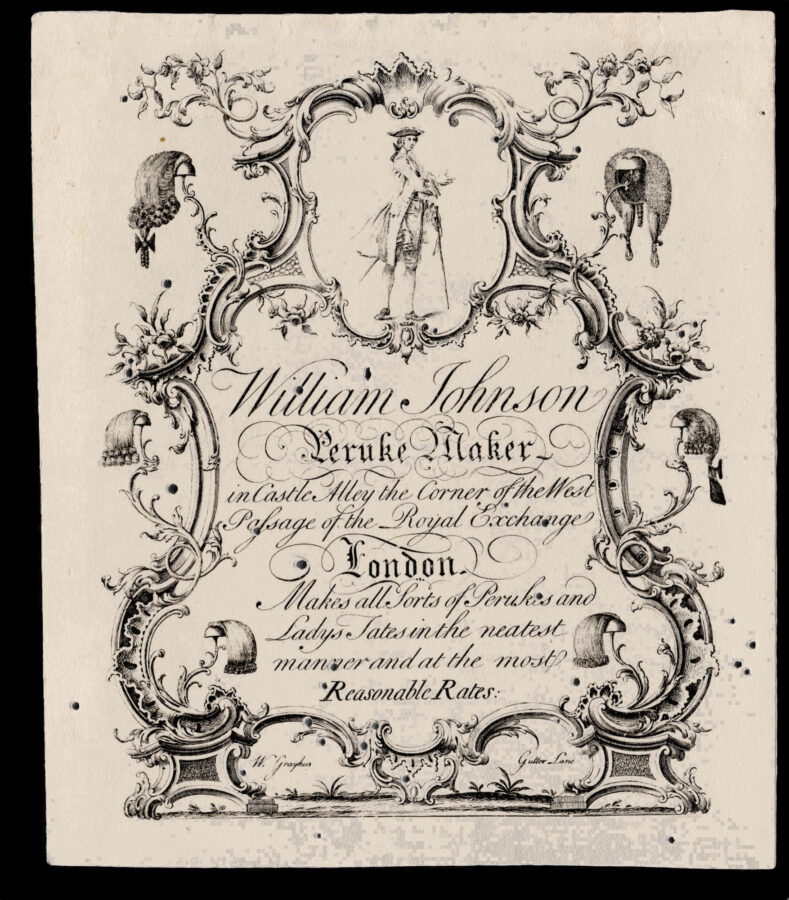 P is for Peruke Maker

William Johnson Peruke Maker… Makes all Sorts of Perukes and Ladys Tates in the neatest manner and the most Reasonable Rates.

Also known as periwigs, perukes were long wigs worn by upper-class men from the seventeenth to early nineteenth centuries. Initially made popular in England by Charles II, they were sported by the likes of Samuel Pepys, who was however concerned that the false hair could be a vector for nits, or even the plague. They were generally worn curled and drawn back on the nape of the neck. Wig makers gained considerable prestige throughout the seventeenth and eighteenth century, when white-powdered wigs became an almost obligatory element of formal dress.

Among the peruke makers to supply the eighteenth century elite was William Johnson, who operated from several premises in London over the course of his career. First working in Castle Alley, as listed on the present trade card, he later moved to Threadneedle Street, then Exchange Alley, and finally Lombard Street.

Johnson’s trade card was engraved by William Grayhurst, who was active in Cheapside between 1760 and 1780, providing a rough date for the card. The text is surrounded by an elaborate frame from which hang a variety of perukes; in the centre is an illustration of a finely dressed gentleman. There do not appear to be any images of the ​“Ladys Tates” Johnson also announces he offers. 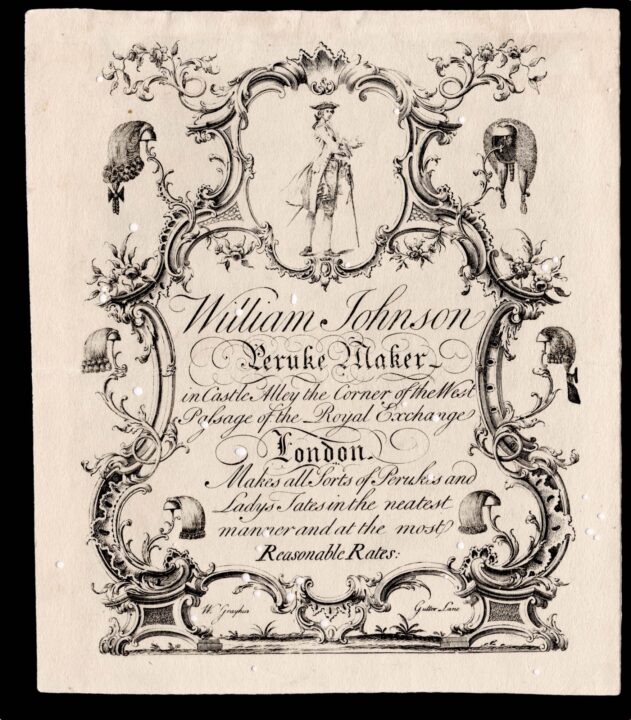