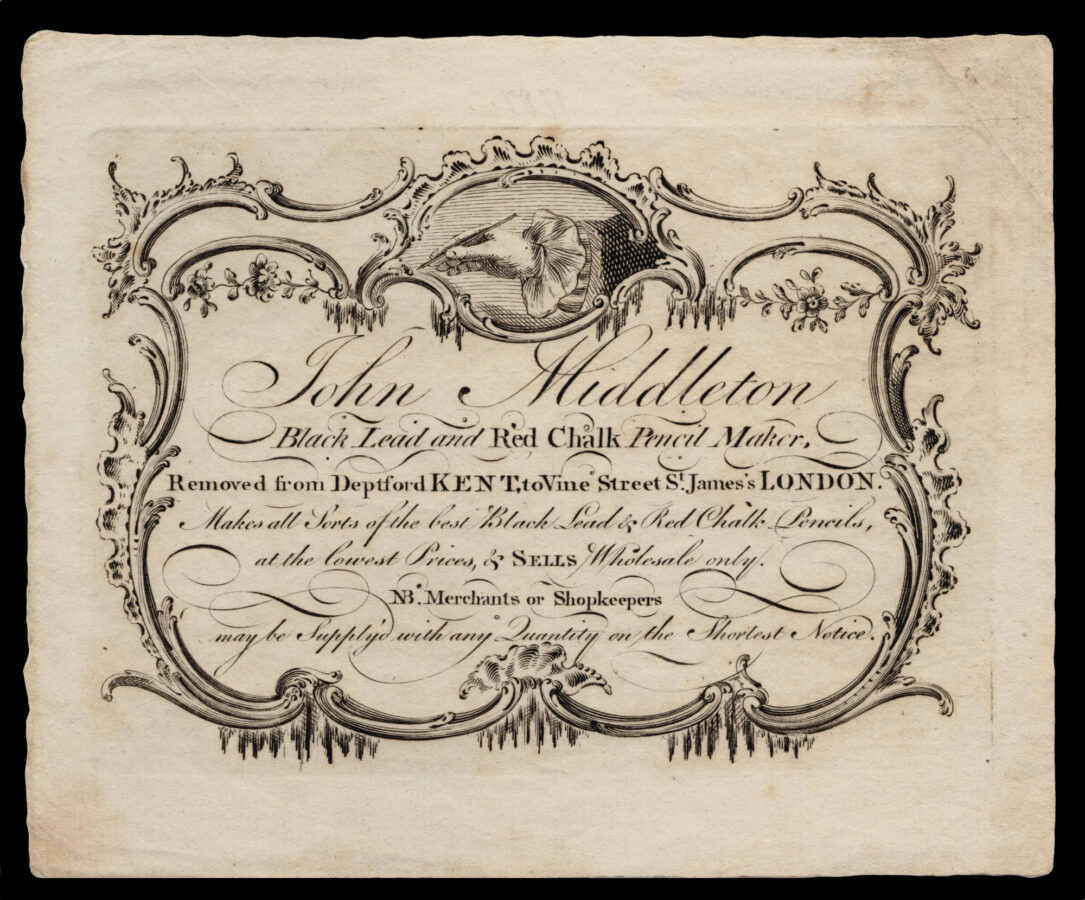 P is for Pencil Maker

John Middleton. Black Lead and Red chalk Pencil Maker,… Makes all Sorts of the best Black Lead & Red Chalk Pencils, at the lowest Prices, & Sells Wholesale only. NB. Merchants or Shopkeepers may be Supply’d with any Quantity on the Shortest Notice

John Middleton (d1795) claimed to have been in business since the early 1750s (‘Gazette and New Daily Advertiser’ 2 December 1780). He moved from Deptford in Kent to Vine St in London, where he was first recorded in the rate books in 1769. He advertised as a black lead pencil maker in 1770 (‘Public Advertiser’ 17 December 1770). ​“He advertised extensively, stating that he marked his pencils with his name, John Middleton, and claiming to have the largest stock of superfine black lead and red chalk pencils in the country … He was appointed black lead pencil maker to the King in March 1785… Middleton’s premises at 24 Vine St were burnt down on 1 November 1786…” (National Portrait Gallery online).

Middleton died in 1795, and was succeeded by his son, John Middleton junr., who was also granted the Royal Warrant. 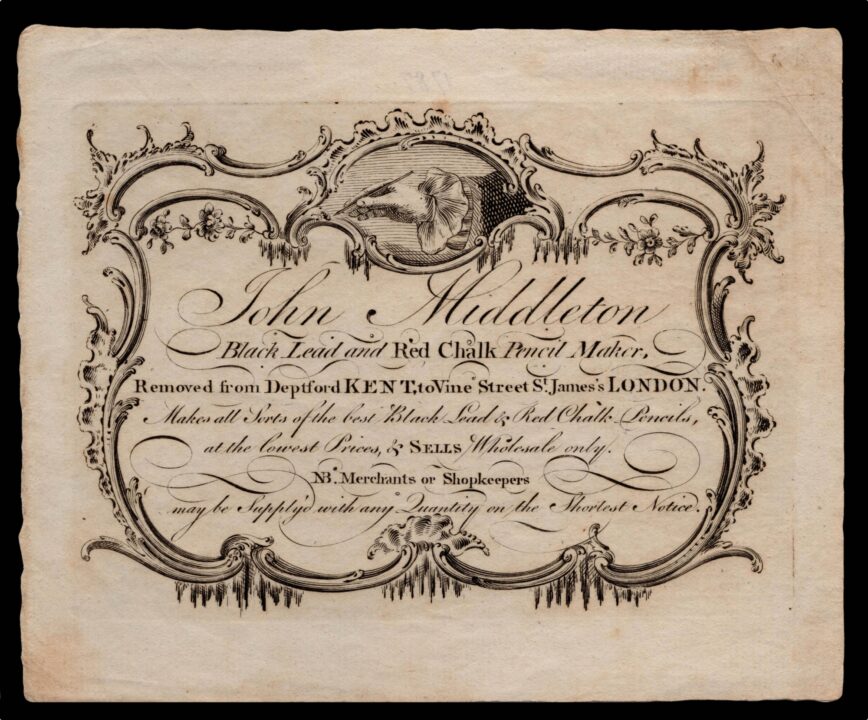