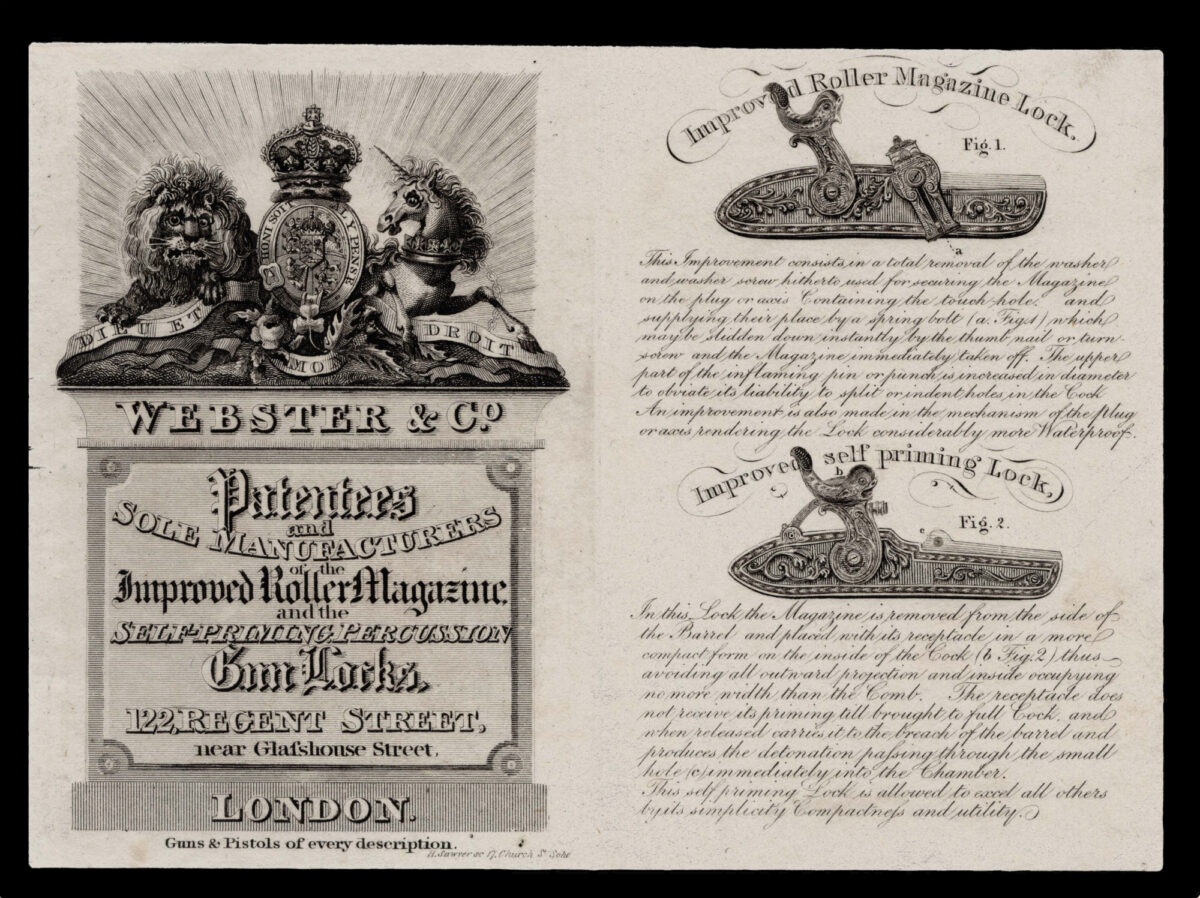 P is for Patentee

The Sun Fire Office records show that a gunmaker named Joseph Webster was insured at 122 Regent Street in 1823, and a business under the name of Webster & Co. is listed in the London directories of 1823 and 1832 at the same address. Interestingly, there also exist a number of letters from the Irish scientist Dionysius Lardner written from 122 Regent Street in these years, indicating that he lived in the buildings above Webster’s shop.

The trade card contains all the usual information found on such items, namely the name, address and services of the business, surmounted by the royal coat of arms, which suggests that Webster & Co. may have supplied firearms to the royal family. In addition, the right-hand side of the card contains two highly detailed descriptions of Webster’s two patented devices: a roller magazine and a percussion lock for guns.

The former improvement involves removal of washers and plugs to secure the magazine in favour of an accessible spring bolt that can be slid down to quickly remove it; the latter is a more compact lock for the magazine, saving space and weight, and avoiding inconvenient bulk. Both are illustrated with labelled diagrams. 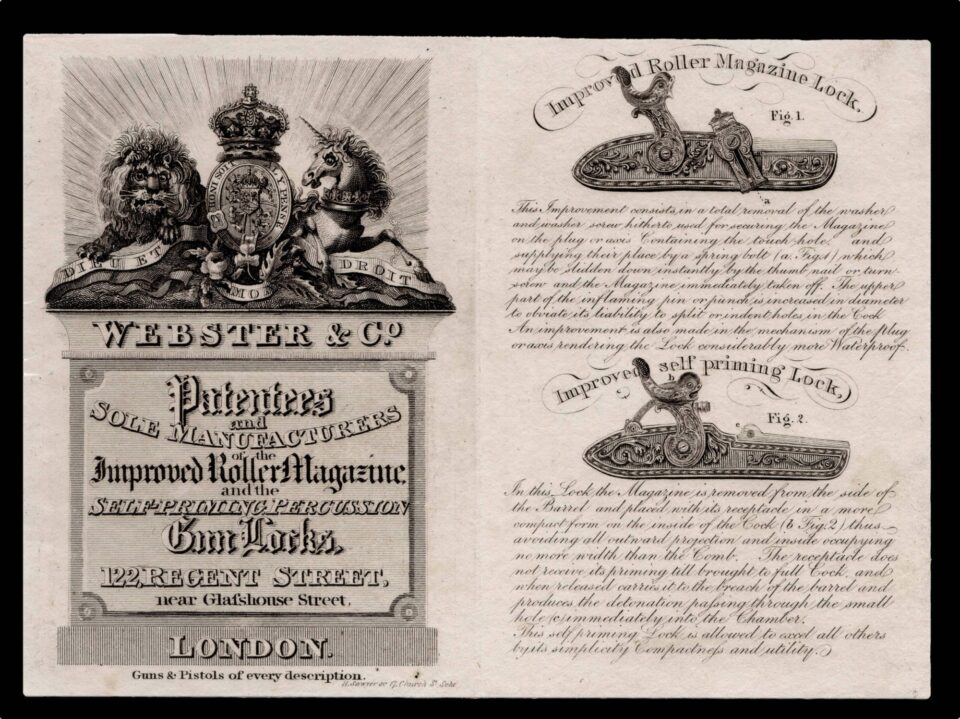