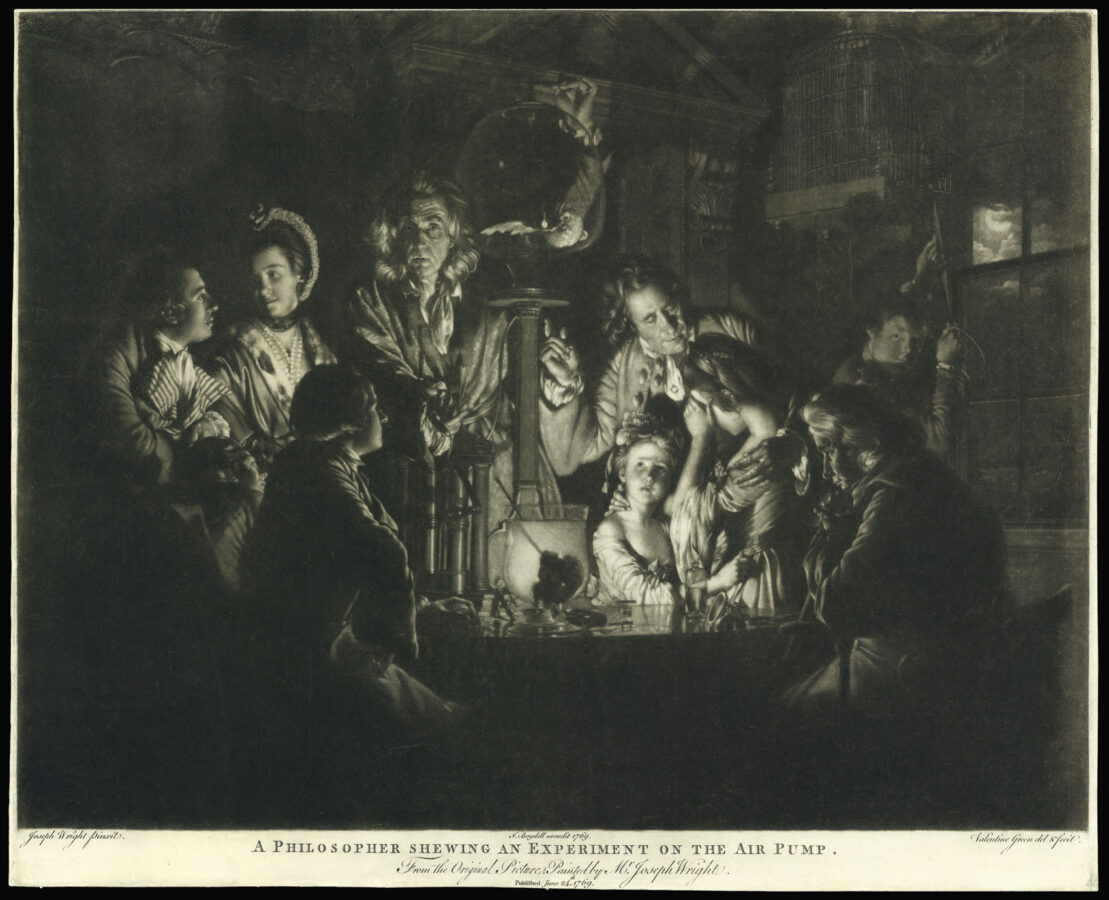 “one of the wholly original masterpieces of British art” (Waterhouse)

By GREEN, Valentine [after] Joseph WRIGHT, 1769

A Philospher Shewing an Experiment on the Air Pump. From the Original Picture Painted by Mr Joseph Wright.

A Philosopher shewing an Experiment on the Air Pump, represents one of the most outstanding displays of chiaroscuro to be found in English art or in mezzotint engraving. It was upon works such as these that Wright’s lasting fame was built; indeed, Valentine Green’s mezzotint engraving of this particular subject is widely considered to be one of the finest achievements of mezzotint engraving on copper ever to have been produced in England.

The work has long been the most sought after of all of the magnificent mezzotints of Wright of Derby’s works and is by far the hardest to find in a good impression. To quote from the Tate catalogue of this engraving ​“Fine impressions of the Air Pump have always been expensive and as early as 1777 a proof in Hopper & Davis’s catalogue of stock (no.504) was priced at £1 7s.” (p.235).

Strangely, Clayton suggests that John Boydell ​“republished the engraving by late June 1769” – a rather odd statement when it is clear that Boydell’s name is found on the scratched letter pre-publication proof state which would have been used for the Society of Artists exhibition from May to June 1769. Boydell was the first publisher of the plate and his publication line is found on the fully lettered first published state of the plate, giving the publication date of June 24th 1769. Both Green and Boydell offered impressions at the same price, all carrying Boydell’s publication line. The edges of the plate were later bevelled and the image consequently reduced in size to 440 by 580 mm.