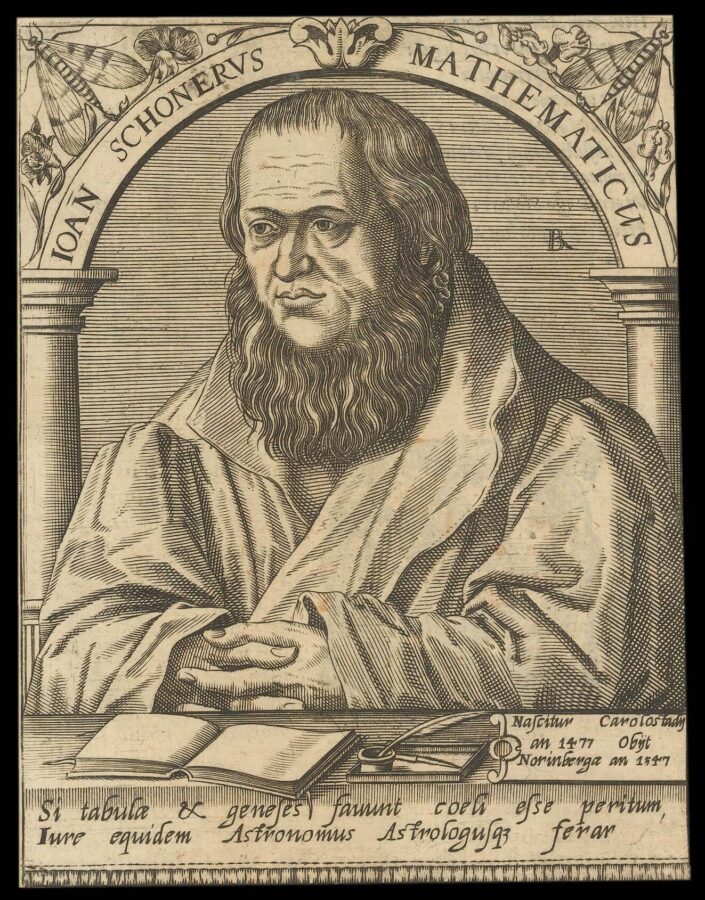 Nicolaus Copernicus (1473–1543) was a true Renaissance polymath, who studied at some of Europe’s great unversities and contributed lasting theories and laws to various fields, most notably astronomy. ​‘De revolutionibus orbium coelestium’, which was published shortly before his death, constitutes a landmark in the history of science with his argument for a heliocentric model of the solar system.

As a mathematician, astronomer, physician, Classicist, translator, diplomat and economist, Copernicus was naturally a celebrated figure among his contemporaries and in posterity, and his image therefore appears often in engraved form. The present portrait claims to be based on an image made of him while he was alive and owned by his friend, the German astronomer Erasmus Reinhold. If so, Reinhold and Copernicus cannot have been very close since he image actually shows the likeness of Johann Stoeffler, another contemporary polymath. Depicted with his torso in a profile, the words ​“spes mea in Deo Jesu” (‘my faith is in Lord Jesus’) appear to float from the subject’s mouth. Outside of the oval frame are diagrams of a heliocentric system, candles arranged in a triangle, and the bishop’s cross. The Latin inscription declares some of Corpernicus’ achievements and asserts the claim that Moncornet made the engraving after an authentic portrait.