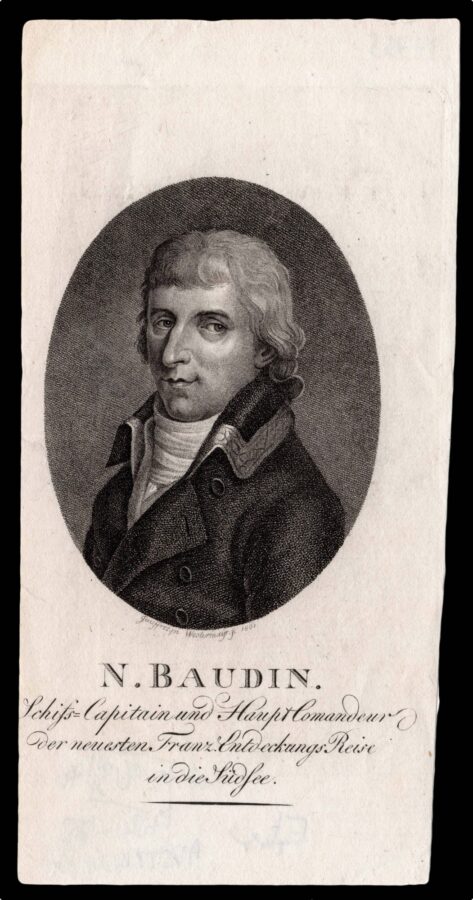 Nicolas-Thomas Baudin (1754–1803) was a French explorer, cartographer, naturalist and hydrographer, best known for his expedition to map the coast of Australia, then New Holland, which he undertook from 1800 to 1803. While moored at the British base in Sydney for supplies, he prepared a report for Napoleon on a potential French attack on the colony, and later named the coastline from Wilson’s Promontory to Cape Leevwin, ​‘Terre Napoleon’. Baudin died of tuberculosis at Mauritius in 1803, aged only 49.

Baudin’s portrait featured in Volume Seven of ​‘Allgemeine Geographische Ephemeriden’ published in 1801. The magazine’s engraver, Conrad Westermayer, based the portrait on an earlier image of Baudin made the previous year by painter Joseph Jauffret. The portrait, which shows Baudin in a formal coat with embroidered collar, is accompanied by a caption in German briefly is explaining his rank and naming his most important voyage.