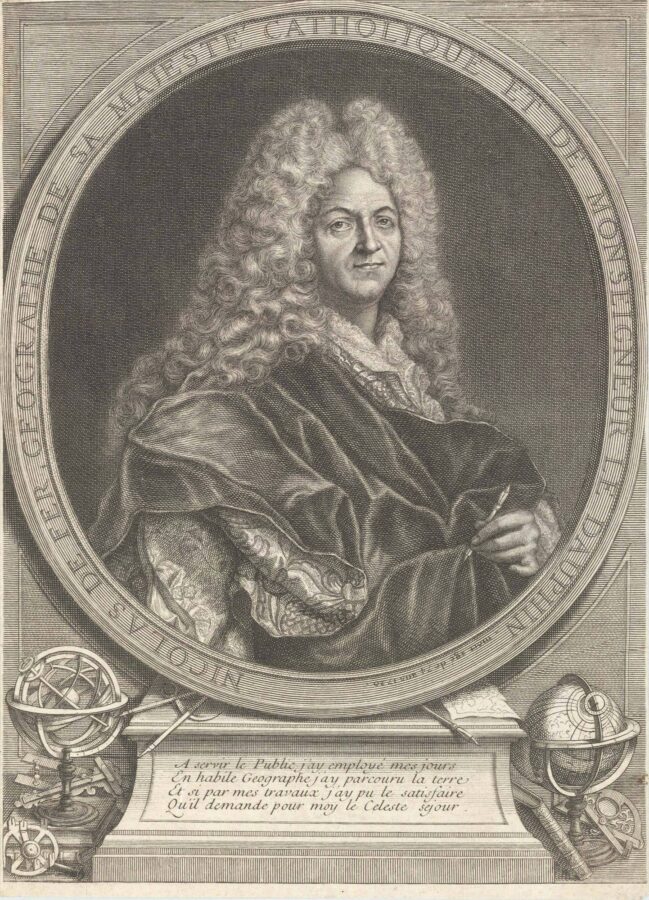 Portrait of Nicolas de Fer (1646–1720), who was apprenticed to Parisian engraver Louis Spirinx, and made his first map at 23. In 1687, his father’s printing firm was passed on to Nicolas, who rapidly expanded the cartographical side of the business. Perhaps de Fer’s greatest work, ​‘L’Atlas curieux’ was published from 1700 until 1705, at which point it spanned four volumes and contained 113 maps and views, many of which focused on the regions and monuments of France. The entire work can be considered a celebration of the French empire under the reign of King Louis XIV, from whom de Fer received a royal privilege in 1703. During de Fer’s period as official geographer to the King, de Fer continued to produce a great number of impressive maps which eventually won him the even more prestigious post of official geographer to the Pope, to which he was appointed in 1720.