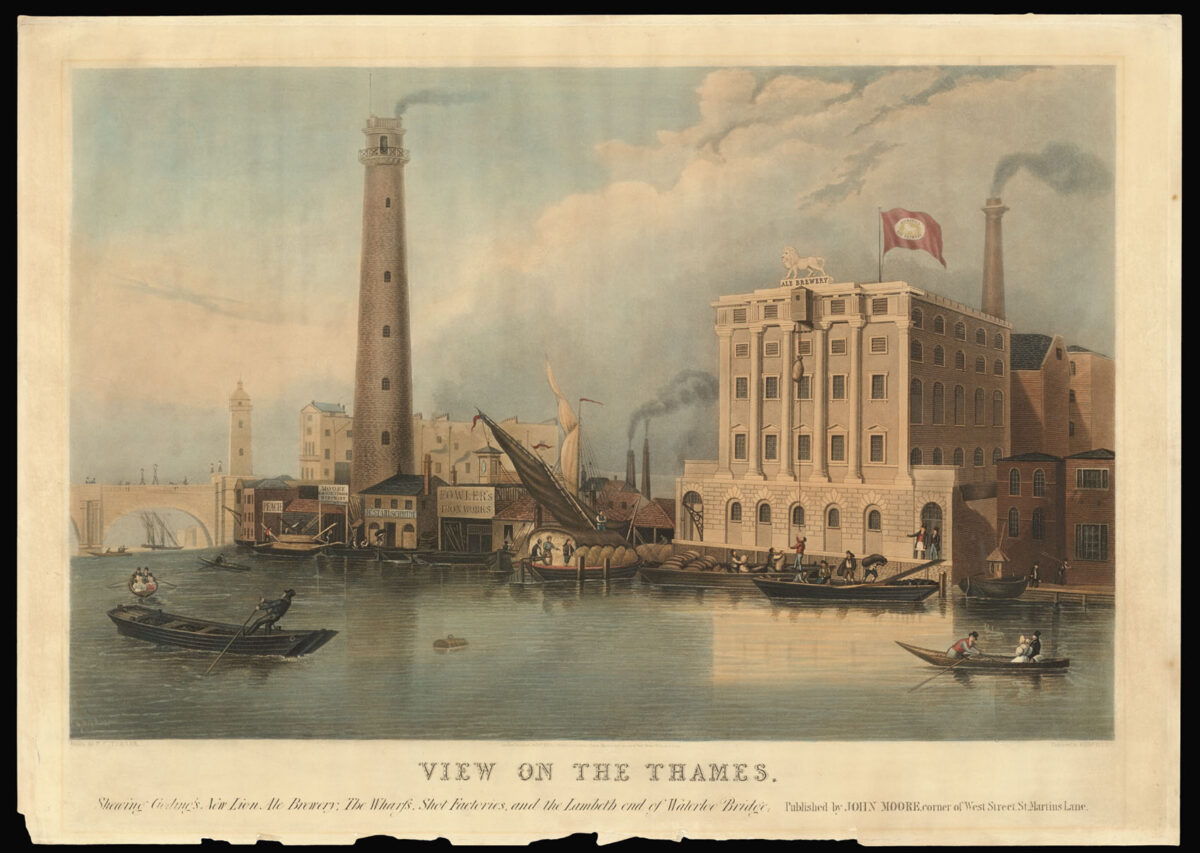 Goding’s Brewery was built in 1836, to a design by Francis Edwards. The Goding family, headed by Thomas Goding, were one of the most successful brewing dynasties of the nineteenth century. The site was particularly desirable because there was a waterworks next door, which the Godings bought and incorporated into the brewery in 1853.

The brewery was eventually taken over by another brewing company, Hoare and Co., before being demolished. The Royal Festival Hall now stands in its place. The only trace of the original brewery is the large lion visible on the top of the building, made of artificial Coade stone. It now stands on the South Bank at the east end of Westminster Bridge.
Francis Calcraft Turner (1782–1846) was an English artist dealing predominantly in sporting scenes.

George Hunt together with his brother Charles (fl.1820–1870) were both highly skilled engravers who worked mainly on sporting scenes.