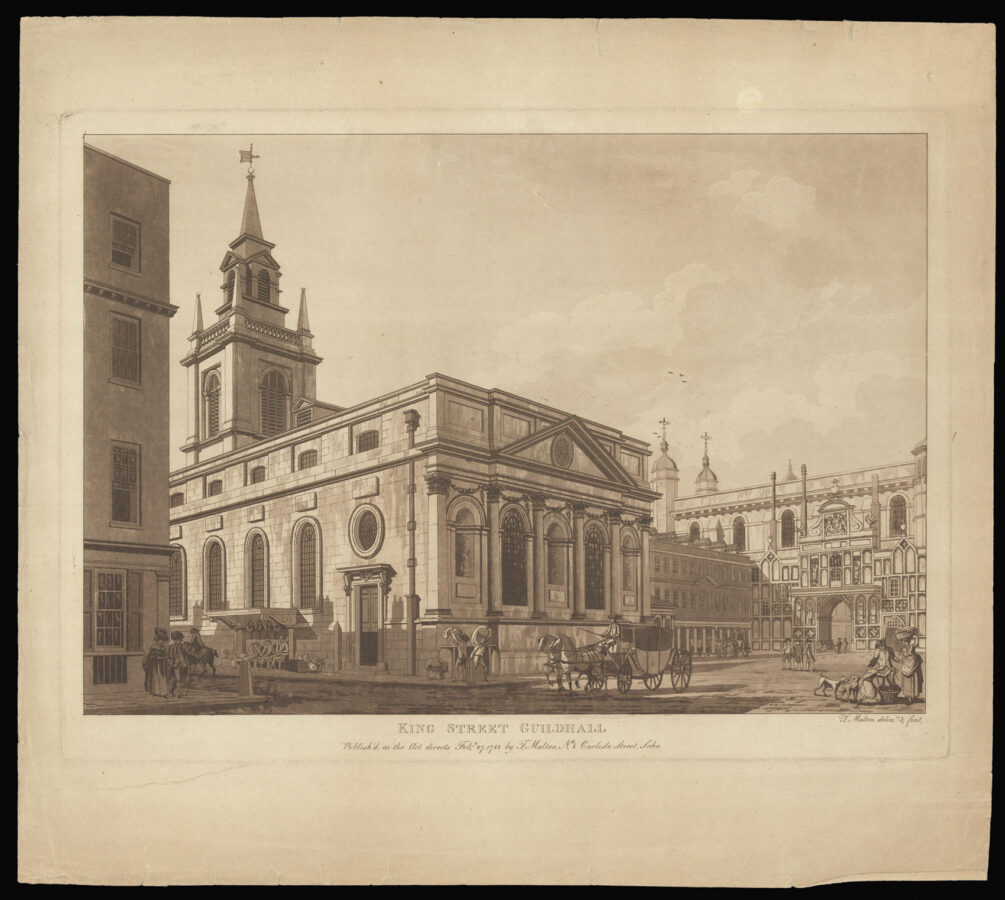 Four views of London by Thomas Malton the Younger (1748–1804), an early pioneer of the aquatint technique. He taught J.M.W. Turner, who called him ​“my real master”. A member of the Royal Academy, Malton is best known for his work ​‘A Picturesque Tour through the Cities of London and Westminster’, with one hundred aquatint views. These four examples come from a set of twelve prints that were not part of ​‘A Picturesque Tour’ (BL).

The prints show Guildhall, the centre of civic government in London, where the Lord Mayor and Sheriffs met; Mansion House, the official residence of the Lord Mayor of London, designed by the architect George Dance and finished only in 1752 after 13 years of building works; New Palace Yard; and the Royal Exchange in its second incarnation. The original exchange, which was the first commercial building in England, inspired by Sir Thomas Gresham’s experience of the bourse in Antwerp, burnt down during the Fire of London. It was rebuilt in 1669. 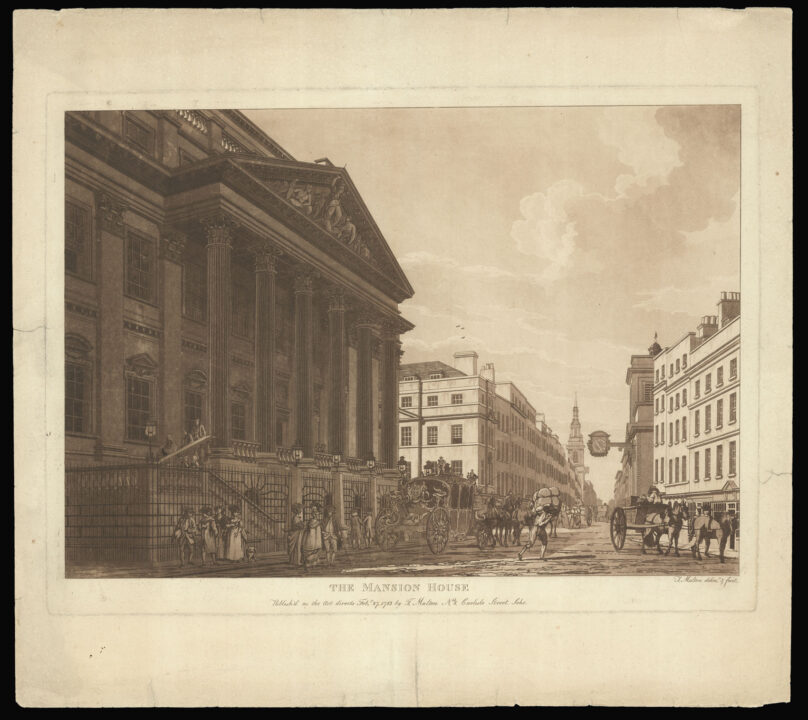 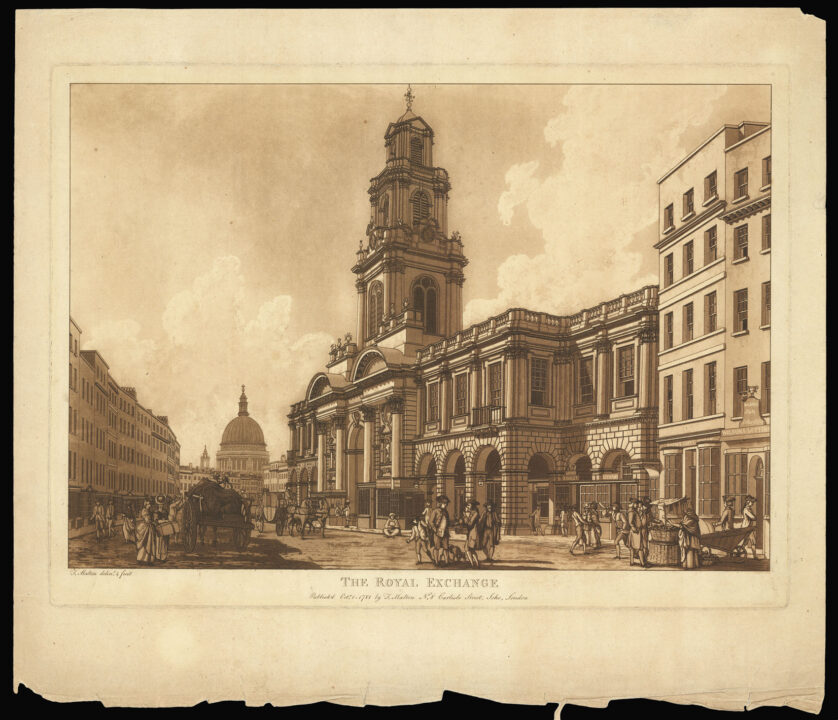 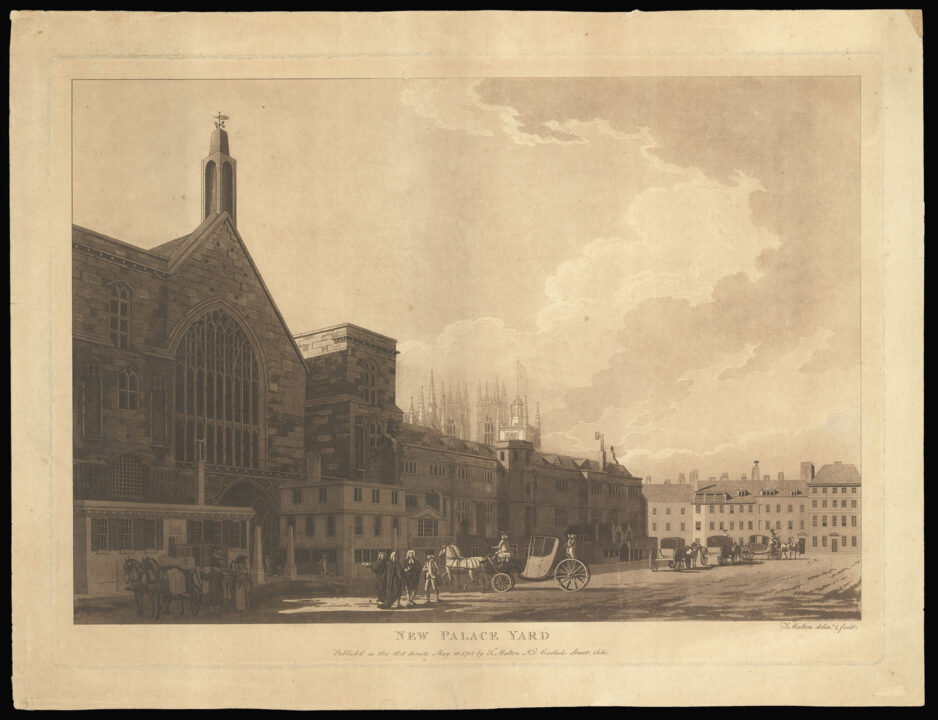