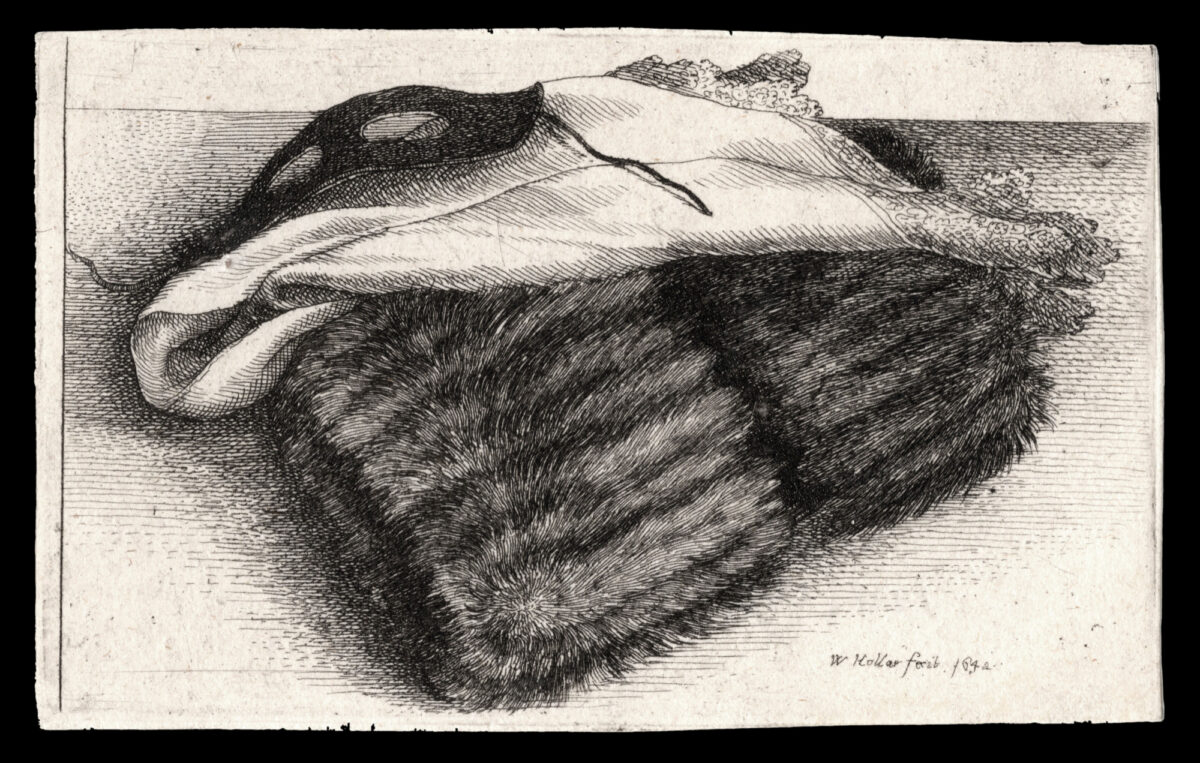 During the 1640s, Hollar produced a series of still life etchings with a focus on fashion, perhaps to complement his other contemporary series on women’s dress and his female personifications. The present example features a fur muffs, lying partly on a white lace handkerchiefs, accompanied by a black half-mask. Monteyne has hypothesised that the muffs that appear in such prints plays a symbolic role in Hollar’s work: 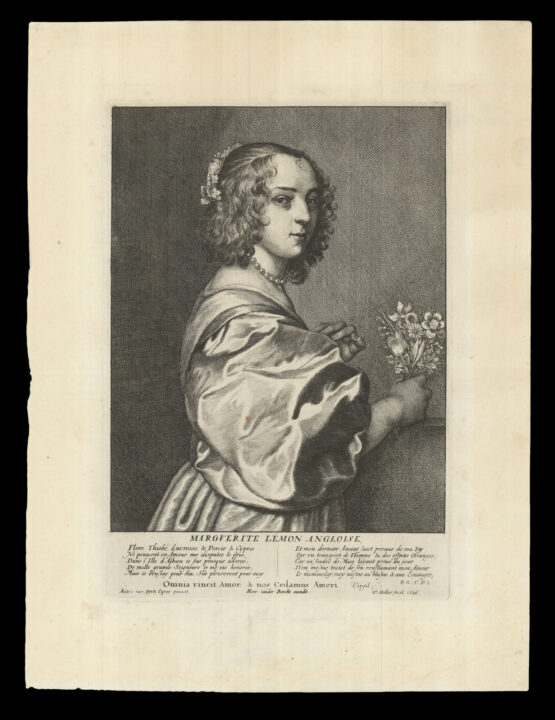