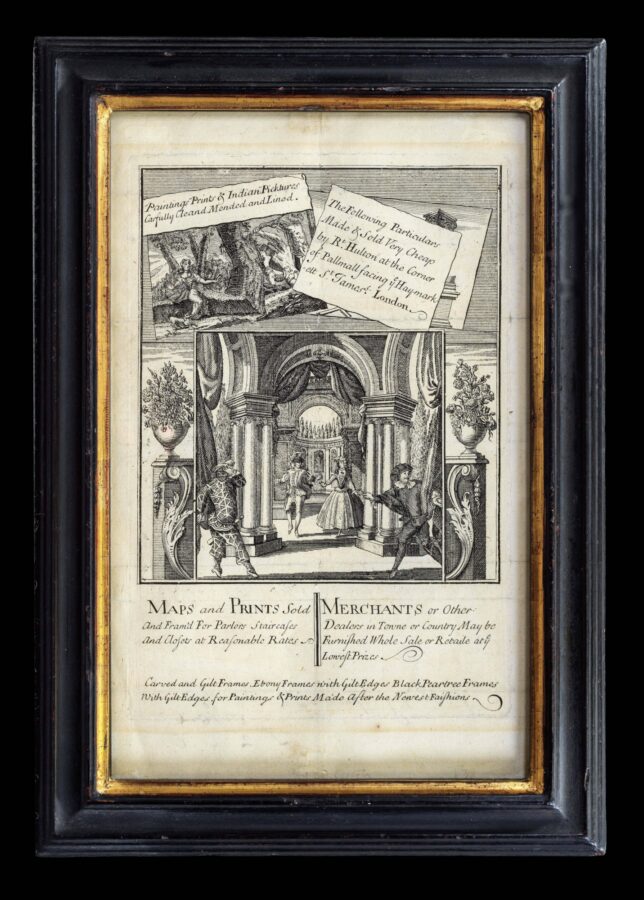 Maps and Prints sold and Fram’d for Parlors Staircases and Closets at Reasonable Rates. Merchants or Other Dealers in Towne or Country May be Furnished Whole Sale or Retaile at ye Lowest Prices. Paintings, Prints & Indian Pictures Carfully Cleaned Mended and Lined. Carved and Gilt Frames. Ebony Frames with gilt edges. Black Pear Tree Frames With gilt edges for Paintings & Prints made after the newest Fashion. The Following Particulars Made & Sold Very Cheap.

A trade card advertising the services provided to customers and the trade by the printseller and picture restorer Robert Hulton (fl 1700–1740), whose shop was situated on the corner of Pall Mall facing the Haymarket.

The work is an example of a so called medley print were multiple images appear to be randomly scattered across the surface of the paper as though they were being viewed upon a table. This form of trompe-l’oeil print was popular in England during the eighteenth century, as an eye-catching means of advertising your services and wares. Hulton is known to have used it more than once (an example with a portrait of the artist Abraham Bloemaert, at it’s centre, is housed in the Library of Congress). 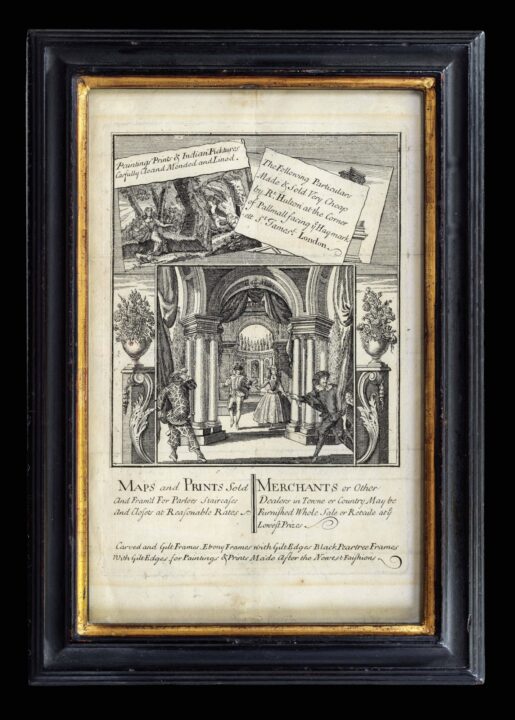