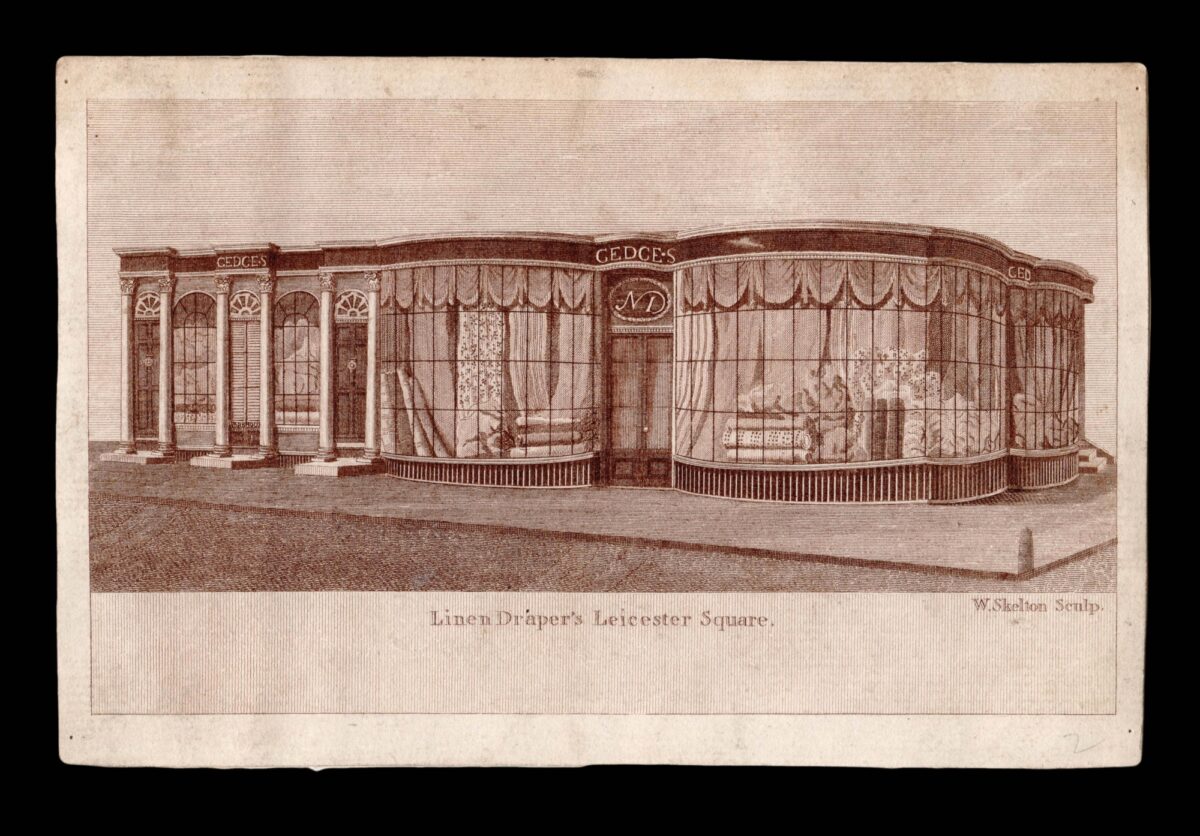 M is for Muslin Merchants

The Gedge brothers, William, Richard and Joseph, appears to have been in business as a linen drapers in London during the 1790s and the early decades of the nineteenth century In 1802, William and Joseph took a 34 year old man to court on the charge of having stolen three yards of muslin from their shop, for which the guilty party was sentenced to seven years ​‘transportation’, or exile.

William Gedge suffered his own problems shortly after, filing for bankruptcy as a linen draper in 1804, listing Number 1 Leicester Square as his address, and only two years later Ricard Gedge also announced his financial ruin, but referring to himself as a calico printer. From some of Gedge’s other trade cards, it appears that calico printing was incorporated into the draping business fairly early in their careers.

William must have recovered from his economic problems, as he is again listed at Leicester Square in 1810 and 1812, although it is not clear whether this still refers to the original corner property, or the address at 52, Cranbourn Alley, Leicester Square, which appears on other Gedge trade-cards. Other trade-cards for the Gedge firm also give ​“the Unicorn, No.39, Oxford Street, Corner of Newman Street, London” as its address, which was recorded in the 1794 ​‘Directory of London and Westminster, & Borough of Southwark’ as his centre of operations for Richard. While the Gedge premises moved across central London, their manufactory appears to have remained at Wandsworth throughout his career.

William appears to have been a man of letters as well, since his name is found among the subscribers to Mrs Sarah Spence’s ​‘Poems and Miscellaneous Pieces’ (1795). ​‘The London Gazette’ once again announced Gedge’s bankruptcy in 1814, and he does not appear to have overcome the second financial difficulty.
Depicted on the present card is an illustration of the shop-front at 1 Leicester Square, a corner property with large display windows, perfect for displaying the linens, muslins and other fabrics available from the Gedge brothers. It was engraved by William Skelton who studied under the same teacher as William Blake and worked on many important publications such as Macklin’s Bible, as well as his portraits of key figures such as King George III. 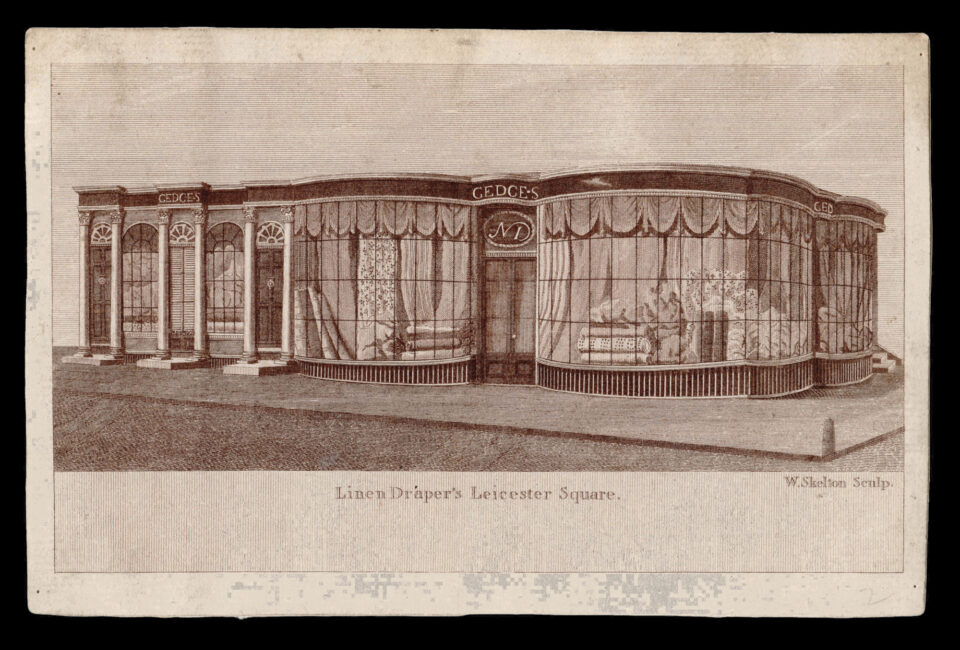 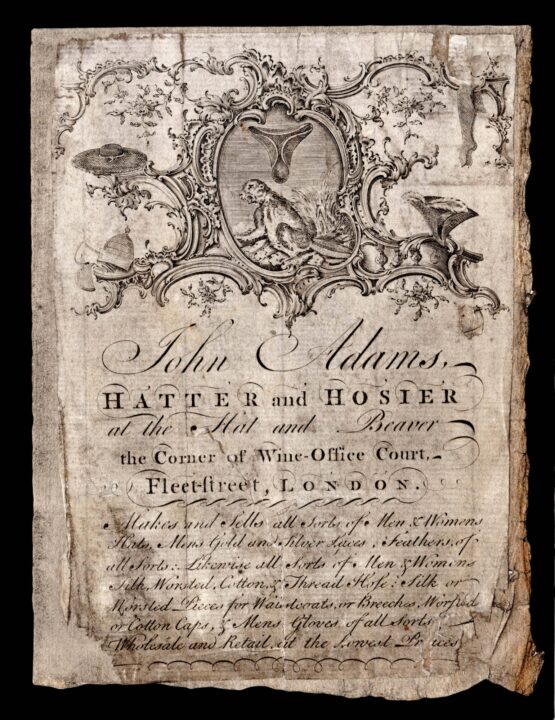 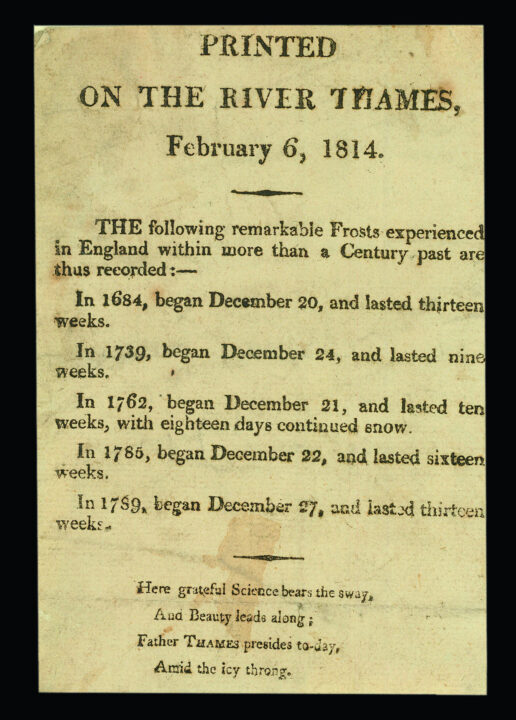