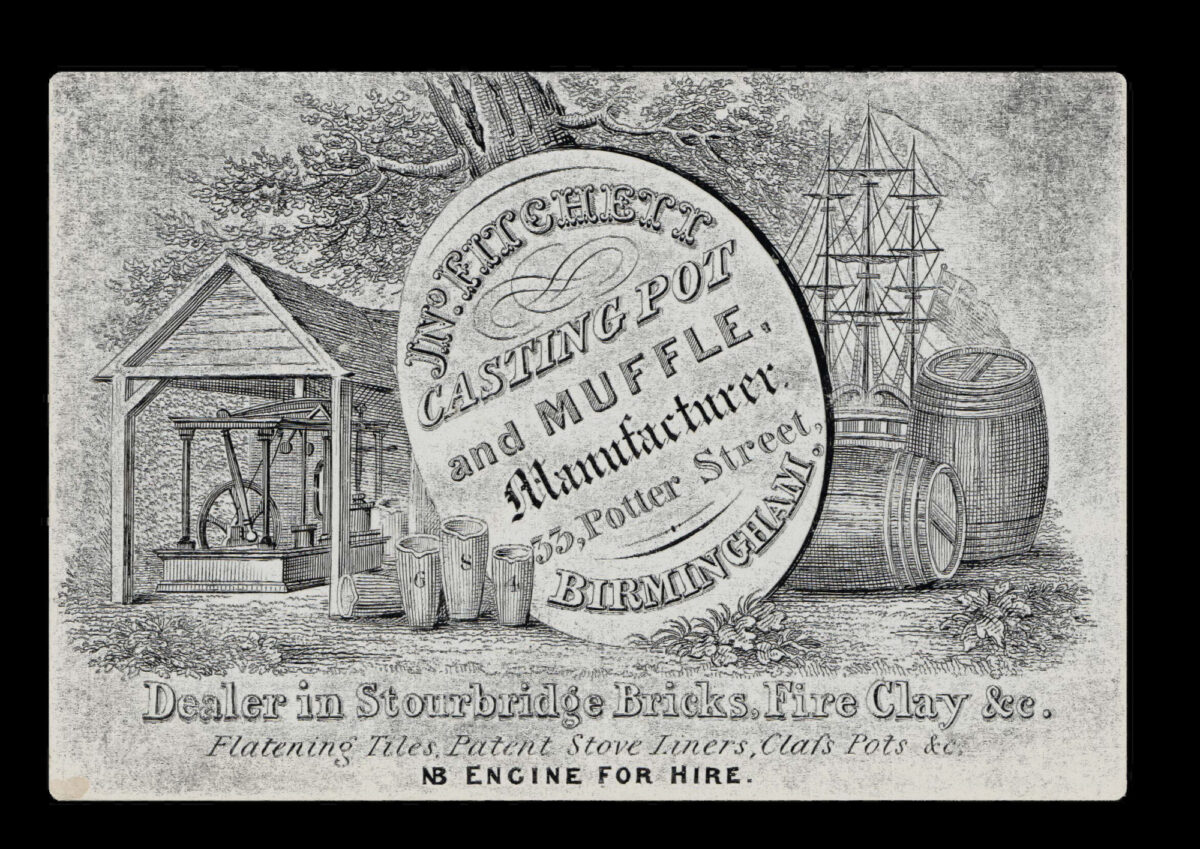 M is for Muffle Maker

Trade card of John Fitchett, who was listed as having appeared as ​“the court for relief of insolvent debtors” in Warwick on March 28, 1833, but who appears to have later revivified his brick-making business. He is listed in both ​‘Pigot and co.‘s national commercial directory’ of 1837 and ​‘Birmingham: History and General Directory of the Borough of Birmingham’ from 1849 as active at 33 Potter Street.

The present trade card, which is illustrated with engravings of various industrial items and machinery, with a weathered tree and large ship in the background, advertises a number of products and services. Fitchett manufactured casting pots and muffles for making bricks; a muffle furnace is one operated with an externally heated chamber which radiates heat inwards, so that the material within has no direct contact with the flame. Beneath the illustration, he adds that he deals in Stourbridge Bricks and fire clay.

During the nineteenth century, Stourbridge had become hub of manufacturing firebricks, a specialised kind of brick able to withstand high temperatures. Stourbridge bricks were celebrated far and wide, with The Sydney Morning Herald of 1879 reporting that ​“the Stourbridge fire bricks are known all over the world for their durability; indeed the clay used for this purpose cannot be surpassed”. In addition to the sale of these bricks, Fitchett stocked tiles, stove liners and pots, and also offered an ​“engine for hire”. 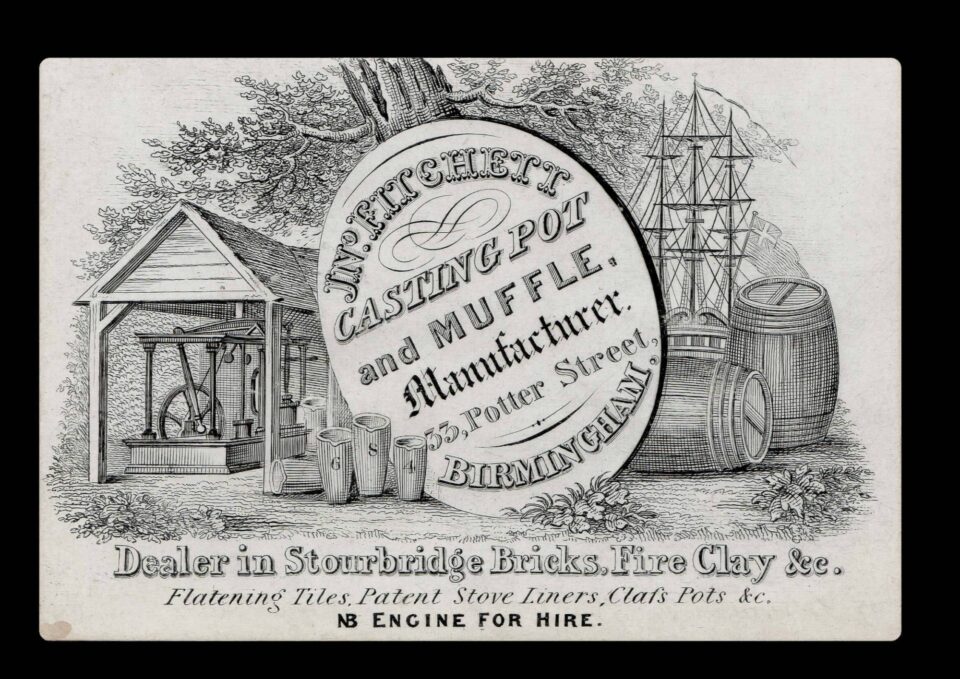