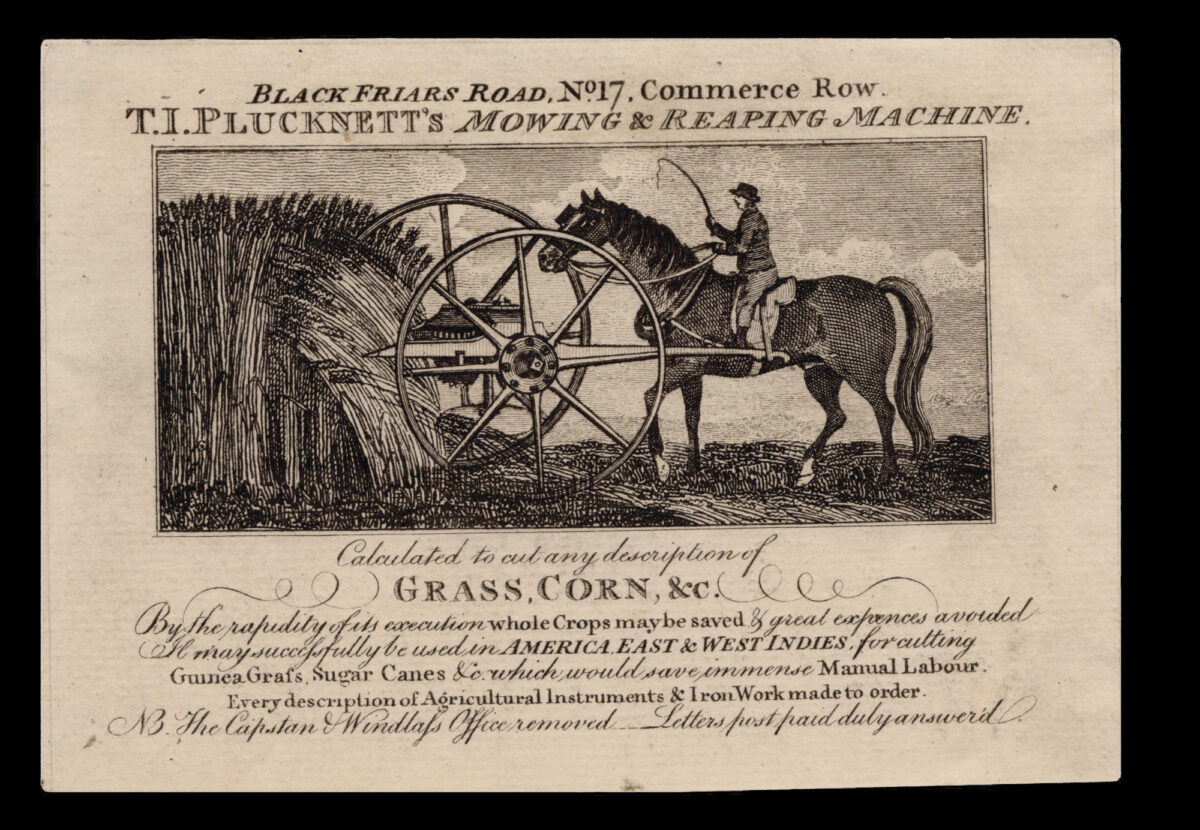 M is for Mower

The fourteenth volume of ​‘Farm Implement News’, published in Chicago on July 6, 1893, contained an article disputing who was the true ​“inventor of the reaping machine”. It states that ​“Plucknett of Deptford, England, obtained a patent in England June 15, 1805, which was voided for not complying with the English law, and on Aug. 23, 1805, he obtained another patent for a reaping machine…Mr. Plucknett above alluded to brought out another reaping machine in 1807, as described in Farmers’ Dictionary, Vol. II”. Indeed said dictionary, published in 1807, provided a detailed account of the proposed ​“contrivance for the purpose of reaping grain by means of animal labour…In this machine the horse tracks from the front side of it, which is seen at Fig. 1, in Plate XXIII, so as to be clear of the crop; the large wheels, by the axle, drive the wheel a, which communicates with the wheels b, and. c, the latter of which is found in the axis of the cutter d, a man at the handles regulates the direction &c”.

Plucknett appears to have changed his mind about this design, as the present trade card shows a mowing machine pushed by a horse from behind, rather than being dragged. From the front. Text beneath the image explains that the machine shown can be used on many types of crops and grass found in a diverse range of places, namely ​“America, East & West Indies”, although it is likely that Plucknett’s innovation would have been available for domestic farmers as well. Plucknett appears to have sold other agricultural instruments from his premises on Commerce Row, as in 1808 the Holderness Agricultural Society made an order for ​“an expanding harrow of the size which Mr. Plucknett shall think most useful”. It is not clear whether he manufactured, as well as sold, these goods. 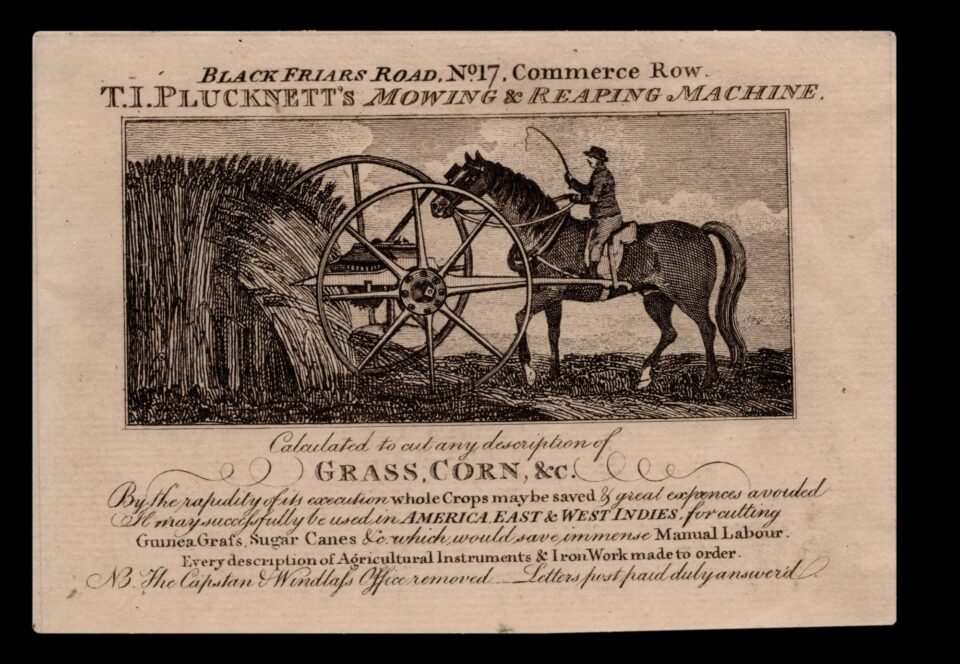