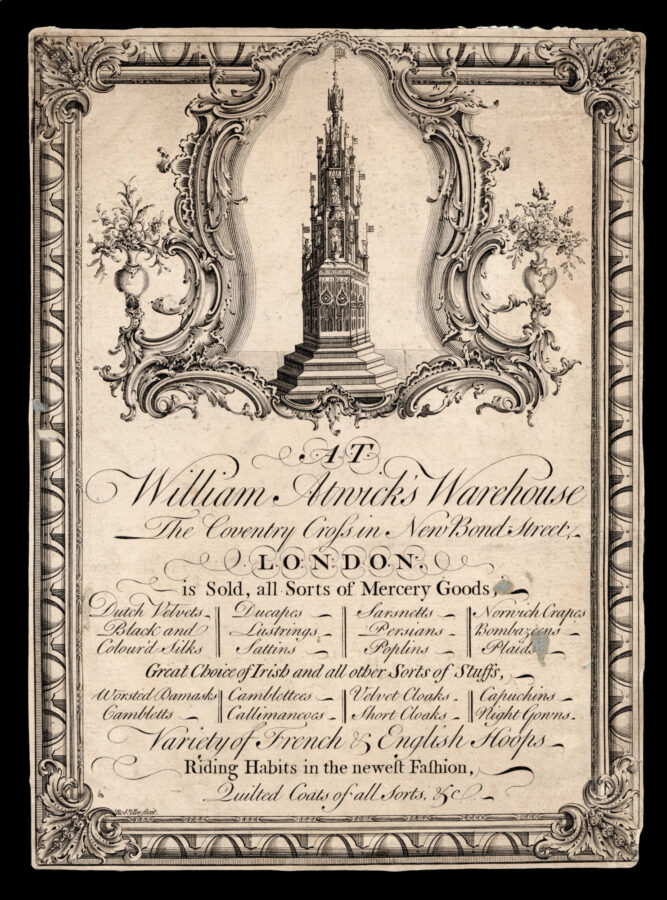 M is for Mercer

AT William Atwick’s Warehouse …is Sold, all Sorts of Mercery Goods

William Atwick was a mercer active in London during the later half of the eighteenth century, who stocked an extensive range of fabrics and haberdashery products. In an issue of the General Evening Post circulated in 1759, William Atwick had posted an advertisement promoting the large assortment of goods available at his shop at the Coventry Cross on New Bond Street. The present trade card is from the same period in Atwick’s career, and provides a long list of his wares:

In 1783, William Atwick and Son, mercers at 149 New Bond Street, were included in ​‘The New Complete Guide to All Persons who Have Any Trade Or Concern with the City of London, and Parts Adjacent’. During the intervening time period in which Atwick was joined in business by his son, the property numbering system had been expanded so that their premises were now identifiable by number rather than, or as well as, the sign of the Coventry cross that would originally have hung over the door, and is illustrated at the top of the present trade card. 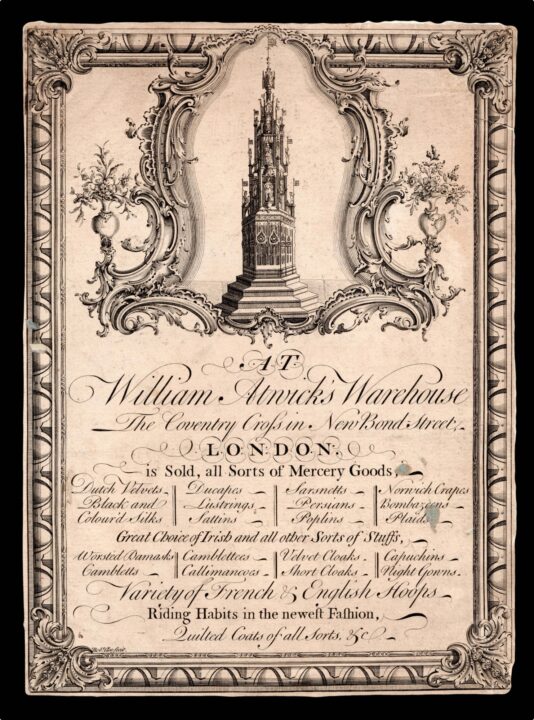