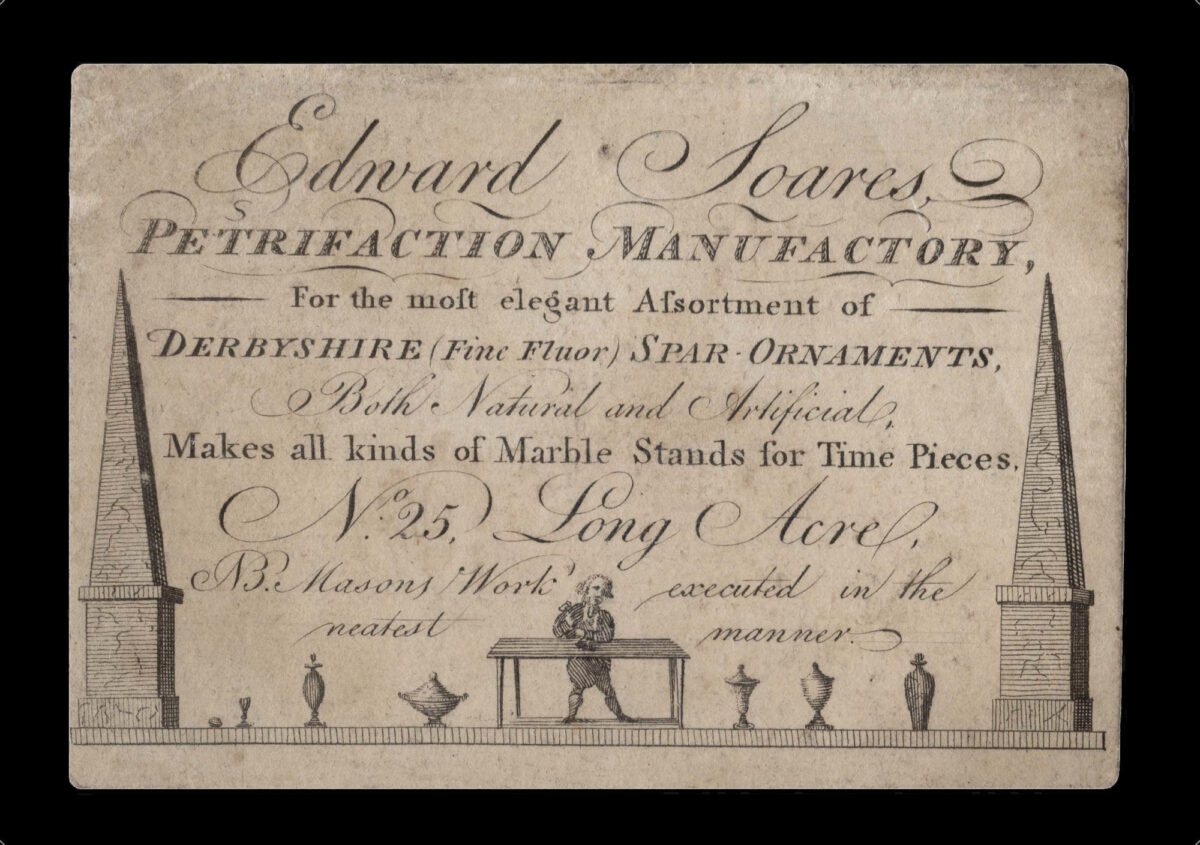 M is for Mason

Edward Soares, Petrifaction Manufactory For the most elegant Assortment of Derbyshire (Fine Fluor) Spar. Ornaments, Both Natural and Artificial, Makes all kinds of Marble Stands for Time Pieces… NB. Masons Work executed in the neatest manner.

Trade card for Edward Soares, a mason active at 25 Long Acre. No records remain of Soares’ business, not even in the records of the apprentices and freemen associated with London’s livery companies. The present card, however, explains that Soares’ work consisted of the manufacture and sale of marble goods, and is illustrated with a small image of the mason at work.

Soares notes that many of his ornaments are made from ​“Derbyshire (Fine Fluor) Spar”. Fluor-spar is a mineral made up of calcium and fluoride, often found in a range of attractive colours with the result that it is widely used in the production of opal glass and enamel ware. A dark violet fluor-spar found exclusively in Derbyshire, and known as Blue John, was particularly popular for decorative and ornamental purposes. The first reference to the Blue John is found in a letter from 1766 concerning a housing lease, and the next in another letter from two years later, in which the industrialist Matthew Boulton attempted to purchase the mines where Blue John is found for the purpose of creating decorative vases.

The first known decorative application of Blue John, beginning in the 1760s, was on fireplace panels. Popularity and availability increased rapidly during the nineteenth century, and in 1908, Journal of the Royal Society of Arts noted ​“the greatly enhanced use of fluor spar as a flux in metallurgical works during the last few years”, specifying that it had been in ​“Derbyshire, where the augmentation in the output is so striking”. The prominence and popularity of Derbyshire Spar ornaments, as well as the language used on the present trade card, indicates that Soares was likely to have been active at the beginning of the nineteenth century. Other business were listed at 25 Long Acre in 1790 and from 1825 to 1838, but the premises may have been operating as a masonry shop and workshop during the first decades of the century. 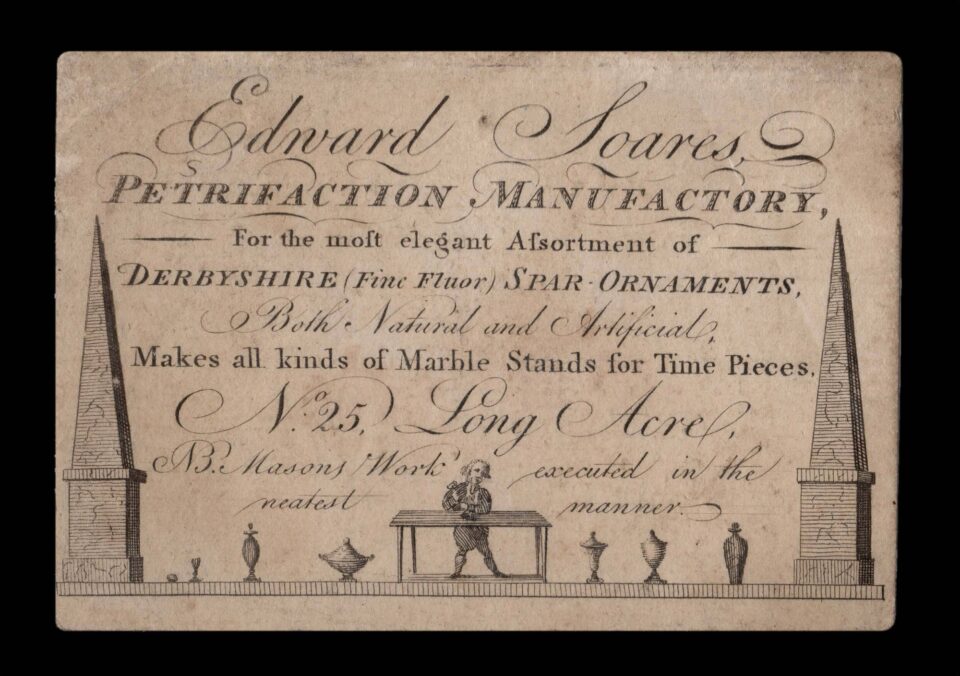