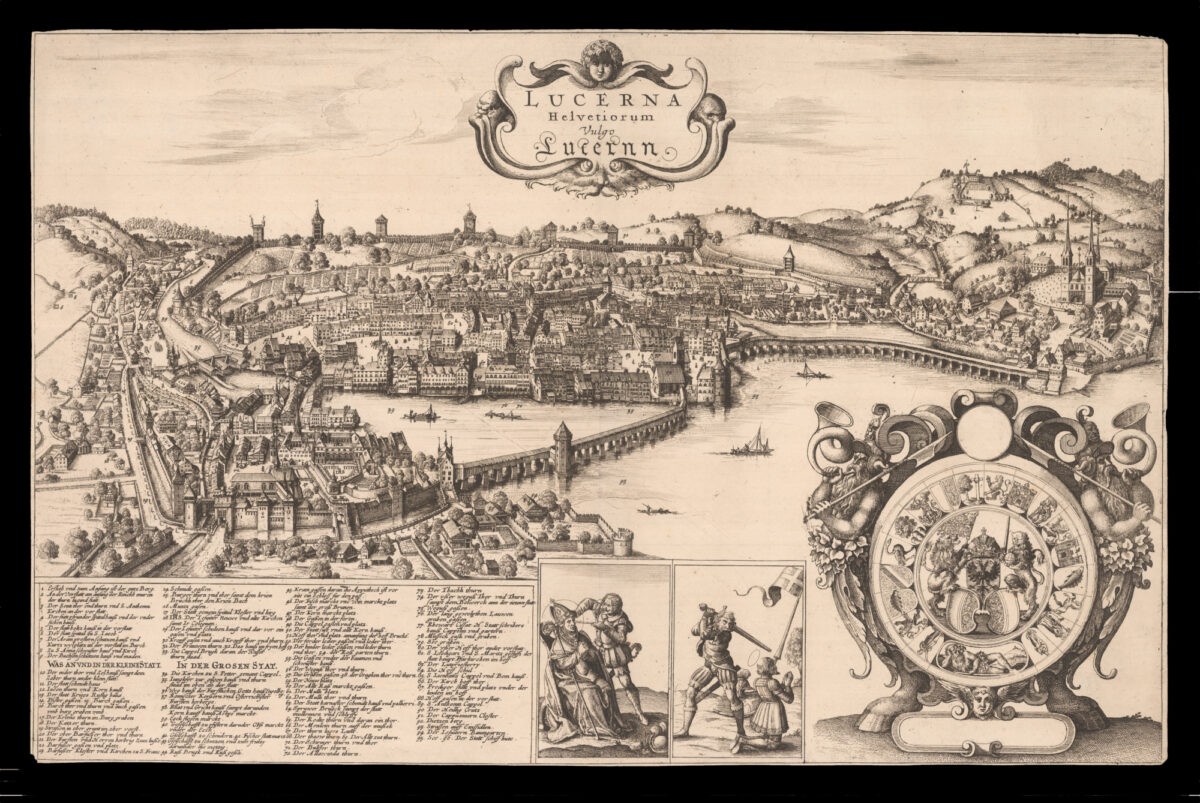 By HOLLAR, Wenceslaus after Martinus MARTINI, 1645

Around the turn of the seventeenth century Swiss goldsmith and engraver Martinus Martini made a print of his native Lucerne, a city which saw much of the drawn-out conflict between Protestants and Catholics from the sixteenth to eighteenth centuries. In the mid-seventeenth century Martinus’ view was replicated by Wenceslaus Hollar and included in a number of important cartographical and topographical works, such as Jansson’s ​‘Illustriorum regni Galliae civitatum tabulae’ (1650) and De Wit’s ​‘Theatrum’ (1695).

The aerial view of Lucerne looks over Lake Lucerne across which extends Chapel Bridge, an early wooden bridge constructed in the fourteenth century. The streets, squares, horses, churches, monuments and gardens of the Medieval city are shown in great pictorial detail, with small figures wandering throughout, and a 95-point legend identifies many the sites and structures.

Beside the simple cartouche that houses this key there are two vignettes depicting the martyrdoms of Leodegar and Mauritius, Lucerne’s patron saints. The former, in honour of whom a major church had recently been completed, is shown having his eyes gouged out; the latter is about to be beheaded for refusing to harm other Christians on the orders of the Roman Emperor Maximilian. In the lower right-hand corner besides these is an elaborate circular cartouche flanked by trumpet-bearing male busts and bordered with armourial escutcheons of the surrounding villages in the Canton of Lucerne. In the centre a janiform eagle sits on the the blue and white shield of Lucerne, flanked by two lions rampant.