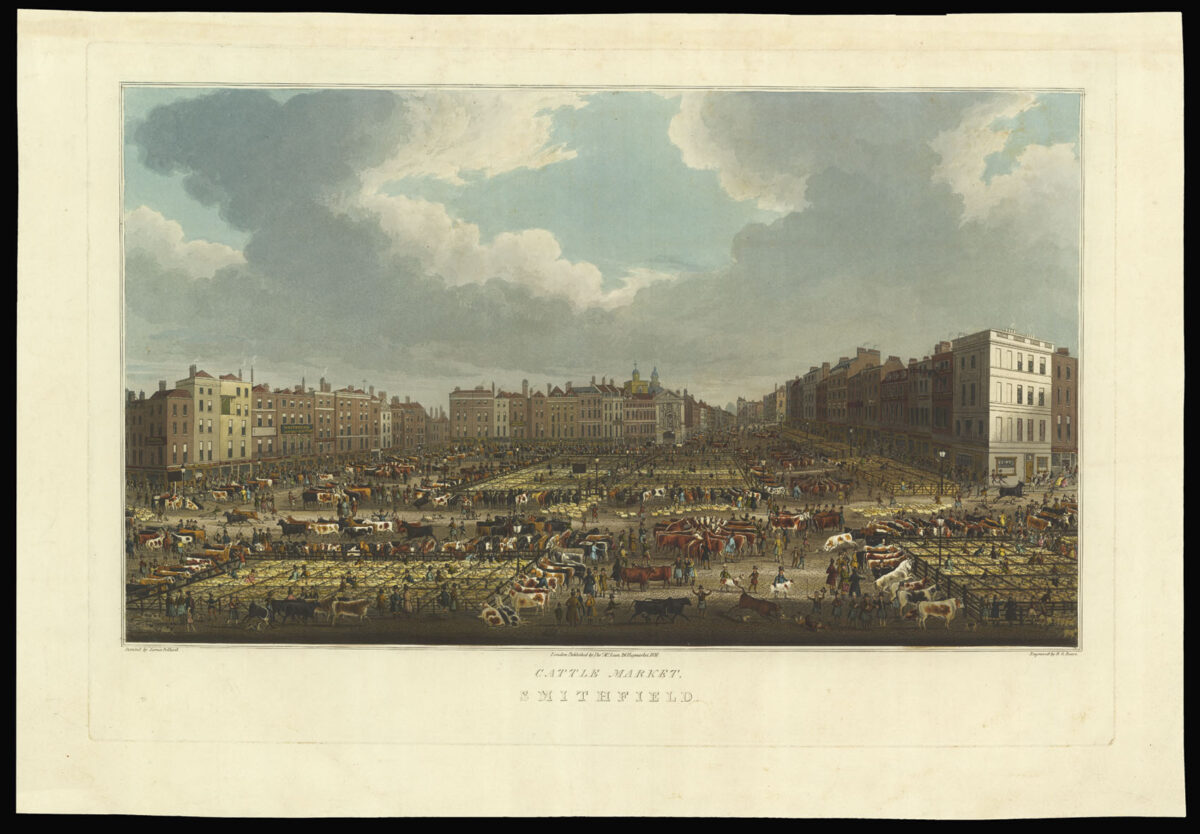 View over Smithfield Market, looking towards Giltspur Street; sheep in pens in square, cattle surrounding pens, men milling amongst livestock; a bull attacks a man who has fallen in foreground.

Smithfield was originally established as a market site in about AD 950 in a field immediately outside the gates in the London Wall. It was paved for the first time in 1614.

The Yeomen of the Guard, founded by Henry VII at the beginning of his reign in 1485 to act as his private bodyguard become known as Beefeaters because of the size of the meat rations they were given. Indeed, in 1813, the 30 yeomen of St James’s Palace received 24 pounds of beef, 18 pounds of mutton, and 16 pounds of veal per day to share (!).

All of these animals came into London to be sold and slaughtered, giving the metropolis the dubious honour of being the only city in Europe, and probably the world, with a livestock market – Smithfield – and thousands of slaughterhouses at its centre.This market coped with the greatest volume of domestic livestock destined for slaughter of any city in history.