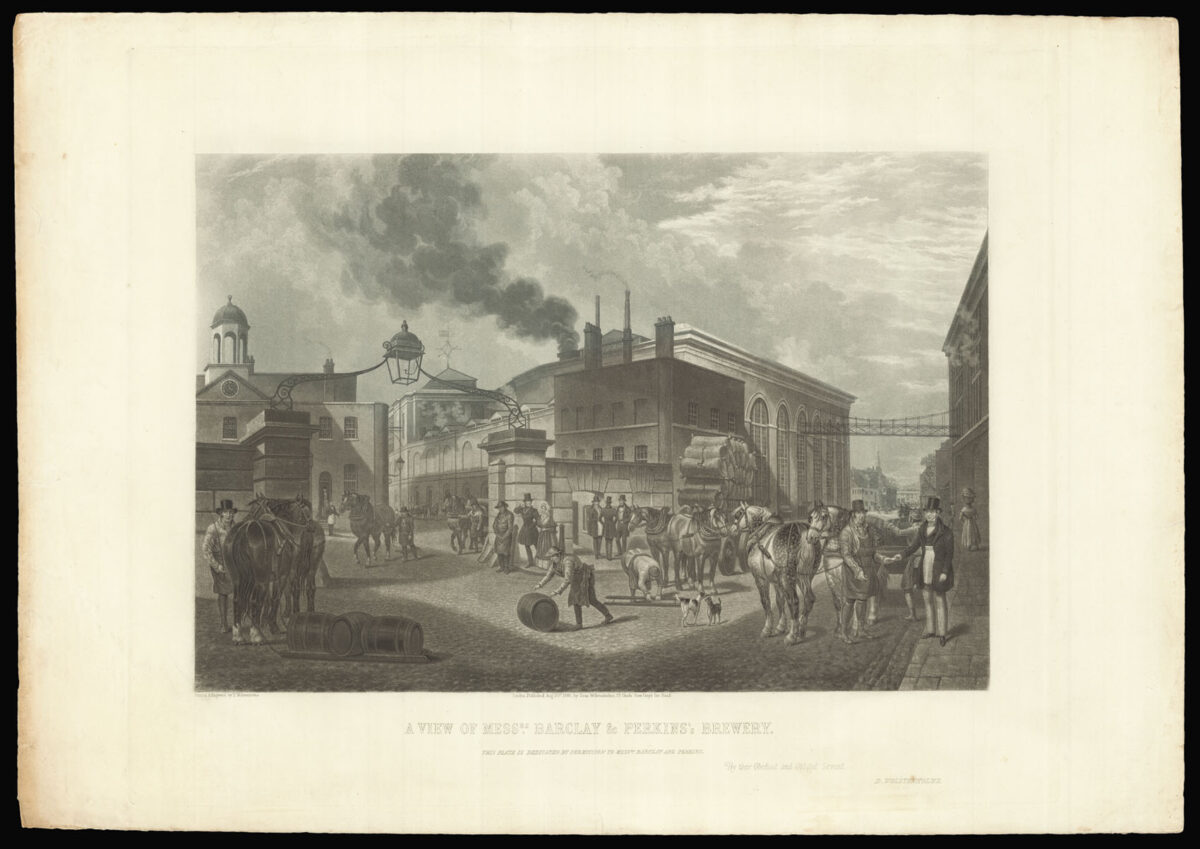 A View of Messrs. Barclay & Perkins’s Brewery. This Plate is Dedicated by Permission to Messrs. Barclay and Perkins, by their Obedient and Obliged Servant, D. Wolstenholme.

A print of the Barclay and Perkins brewery in Southwark. The brewery was bought by the Barclay banking family in 1781, and an American nephew placed in charge alongside the existing manager, Perkins.

The brewery was successful, although the print shows it in its second incarnation, as it burnt down in 1832. It was a model of industrial innovation, and was viewed as a tourist attraction by visitors to London. One visitor, however, received a chilly welcome: the brewery workers famously chased out Marshal Jacob van Haynau, who had brutally repressed rebellions against Austria in Italy and Hungary and supposedly ordered Hungarian women sympathetic to the rebels to be whipped. When the Italian freedom fighter Giuseppe Garibaldi came to London in 1864, he visited the brewery to give his thanks.

Dean Wolstenholme the Younger (1798–1882) was a sporting painter and engraver.