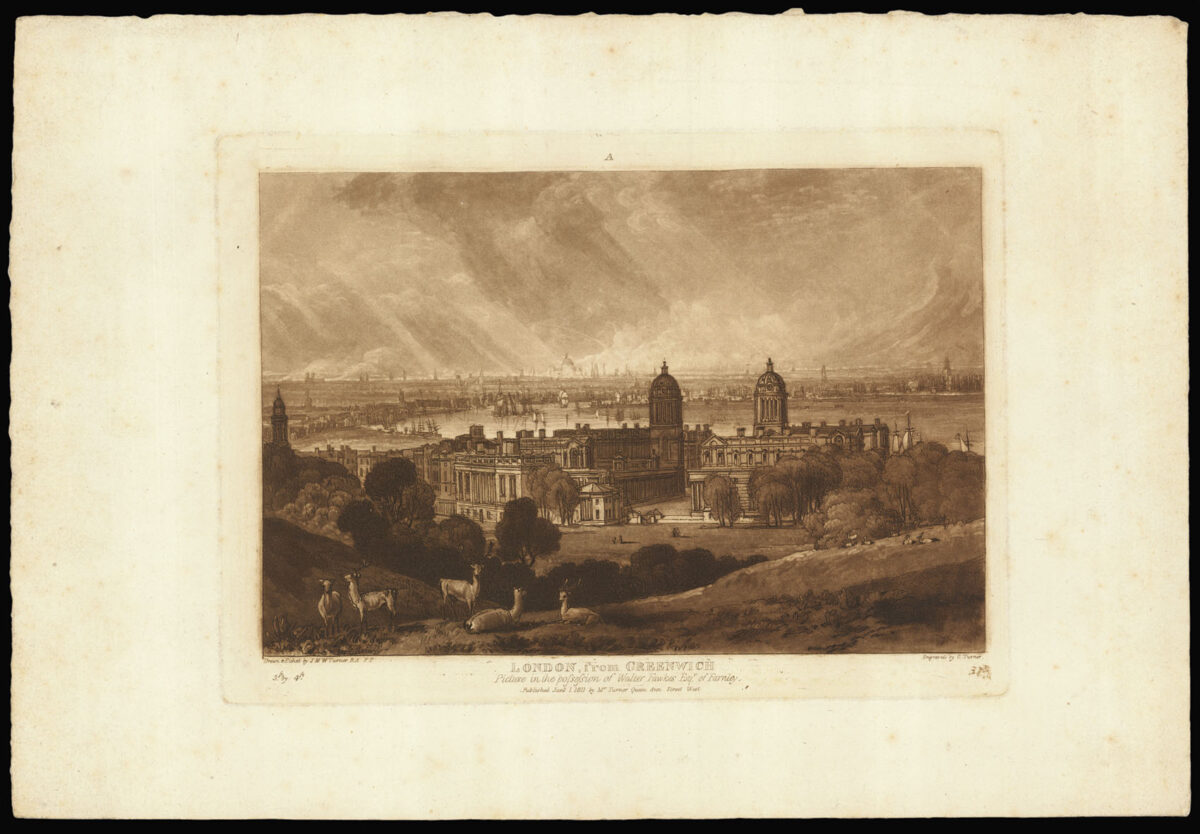 London from Greenwich by Turner

London, From Greenwich, Picture in the possession of Walter Fawkes Esqr. Of Farnley; London, from Greenwich.

Two views of London from Greenwich, both after a painting by J.M.W. Turner, the greatest landscape artist of his time. Greenwich Hospital (now the University of Greenwich) is in the centre, flanked by colonnades and pavilions which were under construction for the Royal Naval Asylum just at the time Turner was producing his views. The house and pavilions are now occupied by the National Maritime Museum. They are seen from One Tree Hill, on the east side of Greenwich Park. The painting is now in the Tate Britain. It was originally exhibited in 1809 with an accompanying poem, probably by Turner himself:

Where burthen’d Thames reflect the crowded sail
Commercial care and busy toil prevail
Whose murky veil, aspiring to the skies
Obscures thy beauty, and thy form denies
Save where thy spires pierce the doubtful air
As gleams of hope amidst a world of care.

Walter Fawkes (1769–1825) was a politician and patron of J.M.W. Turner. He was one of the first to buy Turner’s work, and hosted him often at Farnley Hall, which still holds over 200 of Turner’s works. He bought the painting from Turner in 1811, but it returned to the artist’s possession before his death.

The mezzotint print, reproducing the tone and depth of the original painting, is from Turner’s ​‘Liber Studiorum’, a collection of landscape prints produced in collaboration with mezzotint engravers. The letter A at the upper margin stands for Architectural, one of the six categories by which the prints in the ​‘Liber’ are divided. It was produced with the help of Charles Turner (1774–1857), a mezzotint engraver who worked on the earlier plates in the ​‘Liber’. The other reproduction is a simpler outline engraving, with only the name of the owner of the original painting reproduced below. 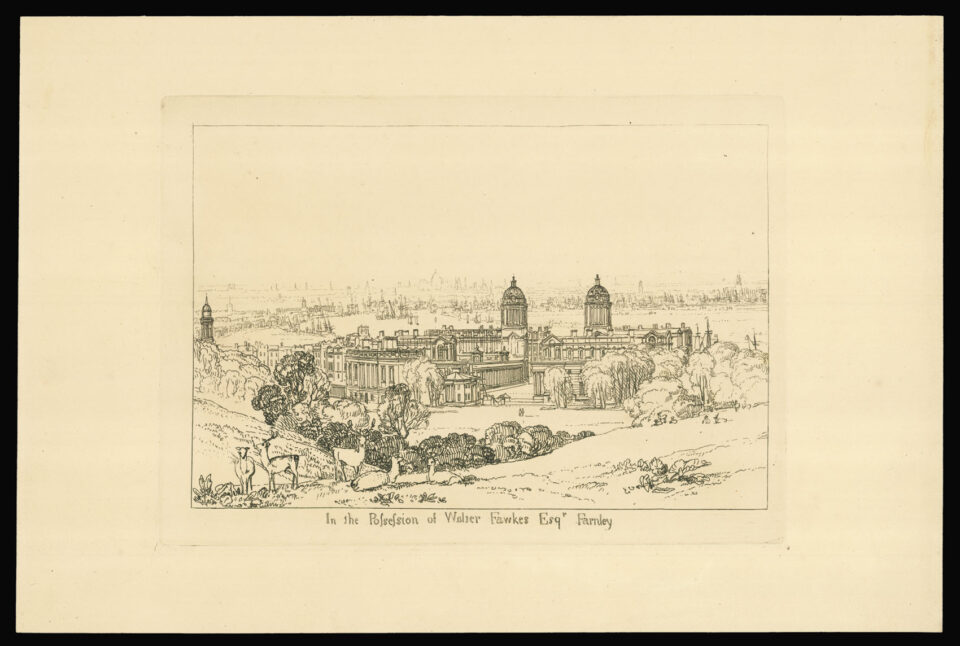