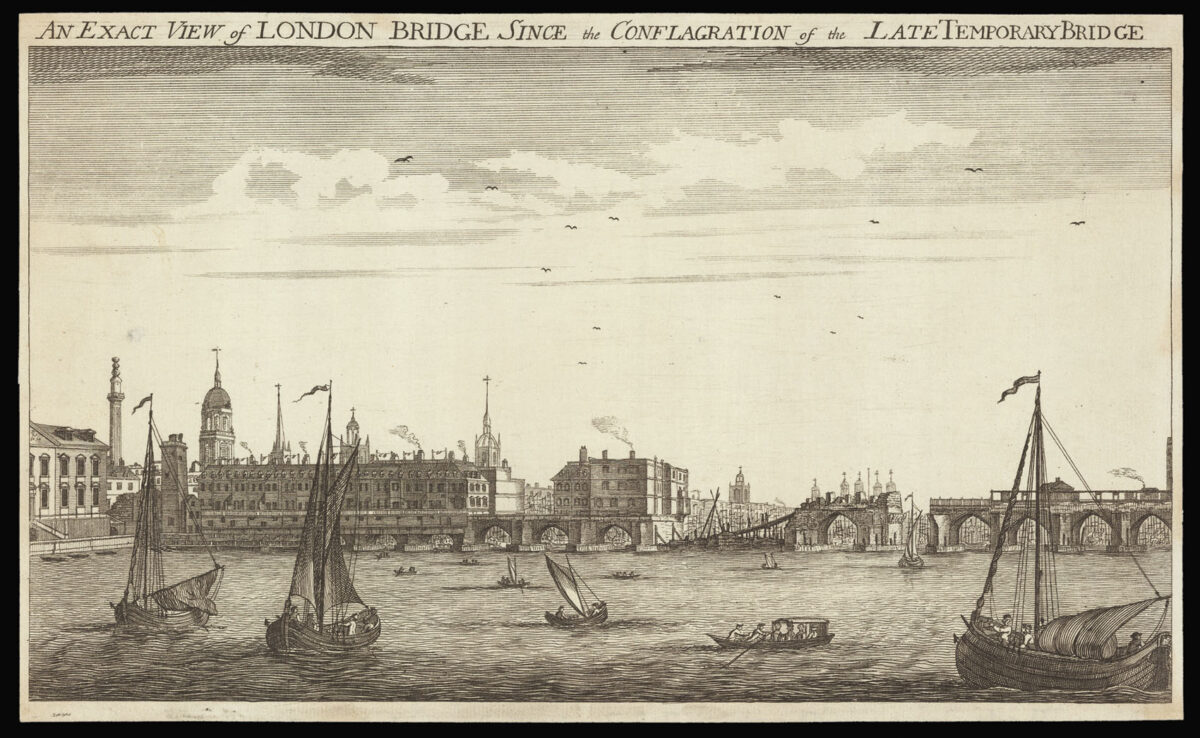 London Bridge is falling down

An Exact View of London Bridge since the Conflagration of the Late Temporary Bridge.

A view of London Bridge from upstream, with a collapsed section in the middle. The print could be used to form a broadside printed in two sheets, with the other sheet containing a text describing the various bridges on the site. The British Museum holds copies both of the joined broadside and the separate sheets.

London Bridge was notorious for congestion and the dangerous houses crowding along the edge and overhanging the river. In 1756, an Act of Parliament was passed allowing for the construction of a new wider bridge with fewer arches, easing congestion both on and above the river. Work began in 1758, but in April that year a temporary wooden structure on the bridge caught fire: it was only because, the broadside text explains, ​“as the wind providentially blew the whole time at East (tho’ all the day before it had blown strong from the Southward) it did no damage to any of the Houses”.

The publisher, William Herbert (1718–1795), actually set up his print shop in the ruins of London Bridge.