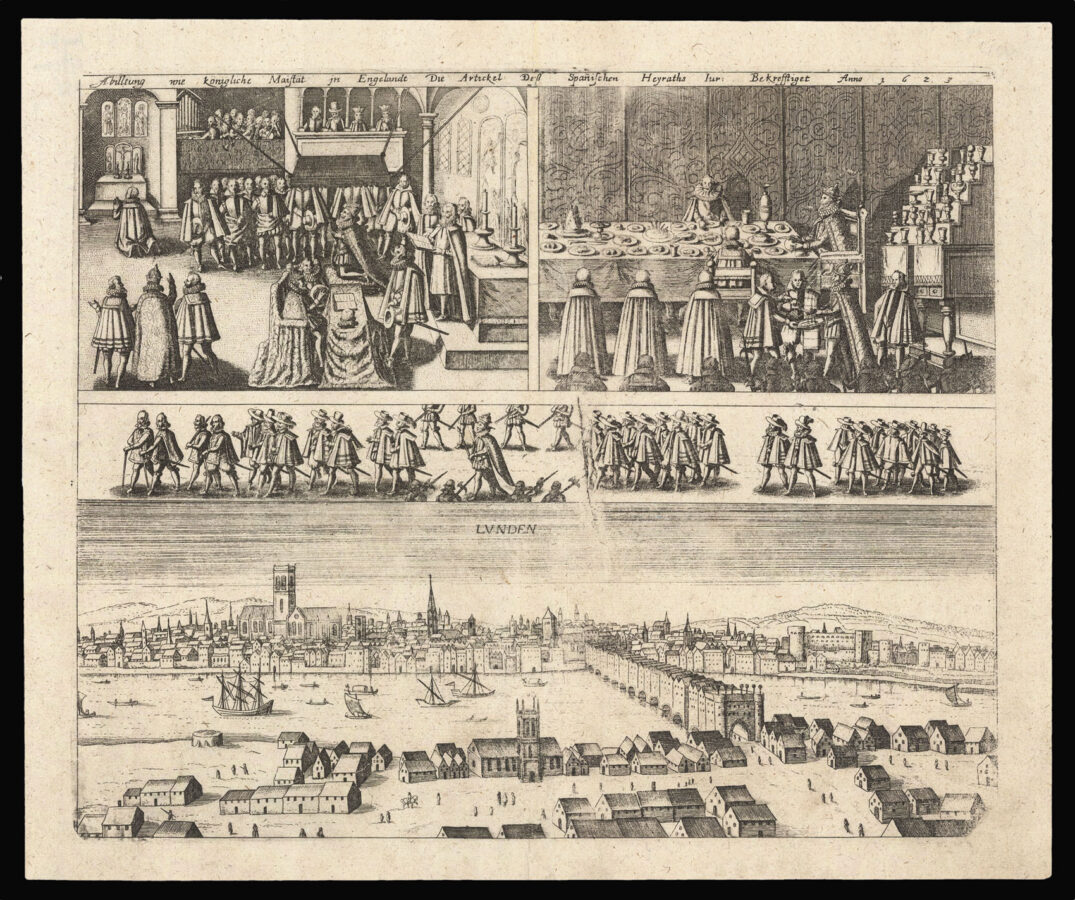 The second state of an anonymous German print showing the conclusion of the Spanish Marriage Treaty between England and Spain. Originally produced without the title and lettering, the print reappeared in two books in 1627: ​‘Fama Austriaca’ by Kaspar Ens (Abraham Hogenberg, Cologne) and ​‘Laurea Austriaca’ by Michael Caspar Lundorp (Erasmus Kempffer, Frankfurt). Both are held in the British Museum but show no difference except a slight variation in the wear of the plate at the bottom right corner. From this, the present example may be tentatively attributed to the Cologne edition.

The top left section of the print shows James I in the Chapel Royal, signing a treaty between England and Spain. The treaty aimed on Spain’s side to prevent the entry of England into the Thirty Years’s War and stop the attack on Spanish vessels in the Americas; for James’s part, he was offered half a million pounds and the hand of the Spanish Infanta Maria Anna for his son Charles. On the right, James is shown feasting with the Spanish ambassador, the Count of Gondomar. Underneath, James is shown in procession with his retinue, above a view of the city of London from the south bank of the Thames, showing the old St Paul’s Cathedral.