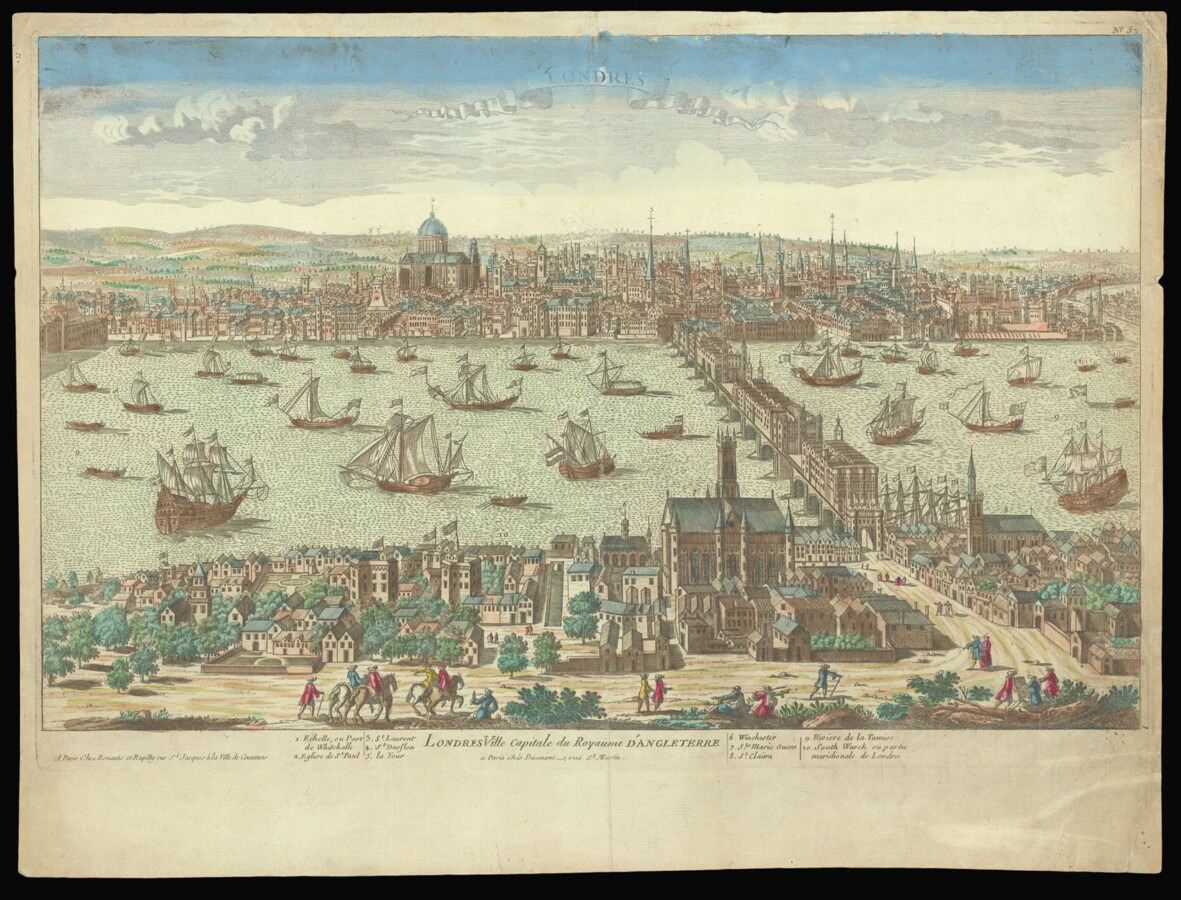 Jean François Daumont (fl.1740–1775) was a French printer and publisher. He moved to the Rue St Martin address in 1768, so the print can be dated after then and before the end of his career.

Ralph Hyde identifies another copy with the imprint of Jean de Beauvais as another state of the Antoine Aveline’s version of his father, Pierre Aveline’s view, as described by Scouloudi. It seems probable that this is a another, later state.