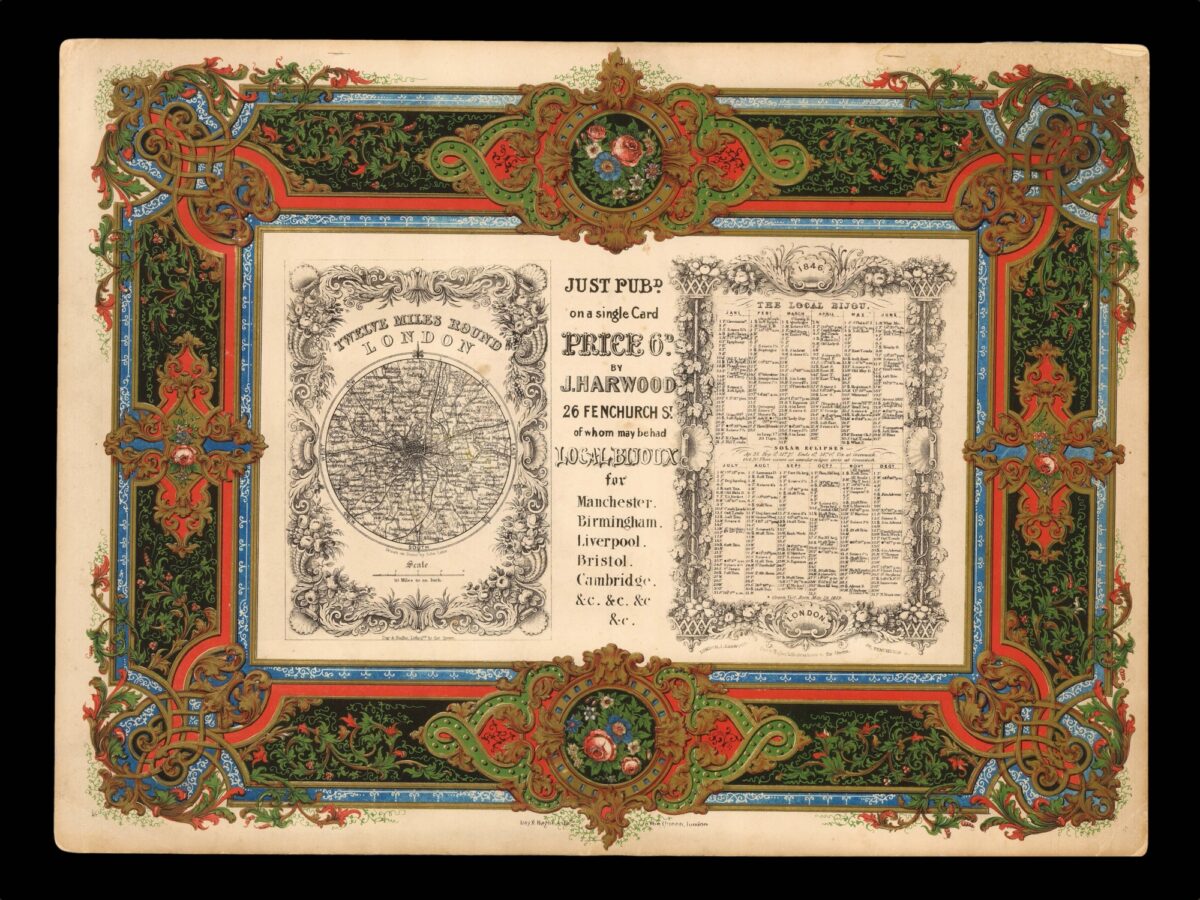 Lavishly lithographed prospectus from the house of Day & Haghe

John Harwood (1798–1855) had set himself up in Fenchurch Street by 1822 (see BM Heal 111.71 for his earliest trade card). From 1730, he was joined in business by Frederick Harwood, who may have been a cousin. However, by 1843 the company was dissolved and John was once again trading on his own. Since Day and Haghe were neighbours it is not surprising that he should have chosen them to print this lavish production.

The ​“Bijoux” that are listed in the almanac, seem to all be saints days and religious holidays. It is accompanied by a calendar of ​“Solar Eclipses”.