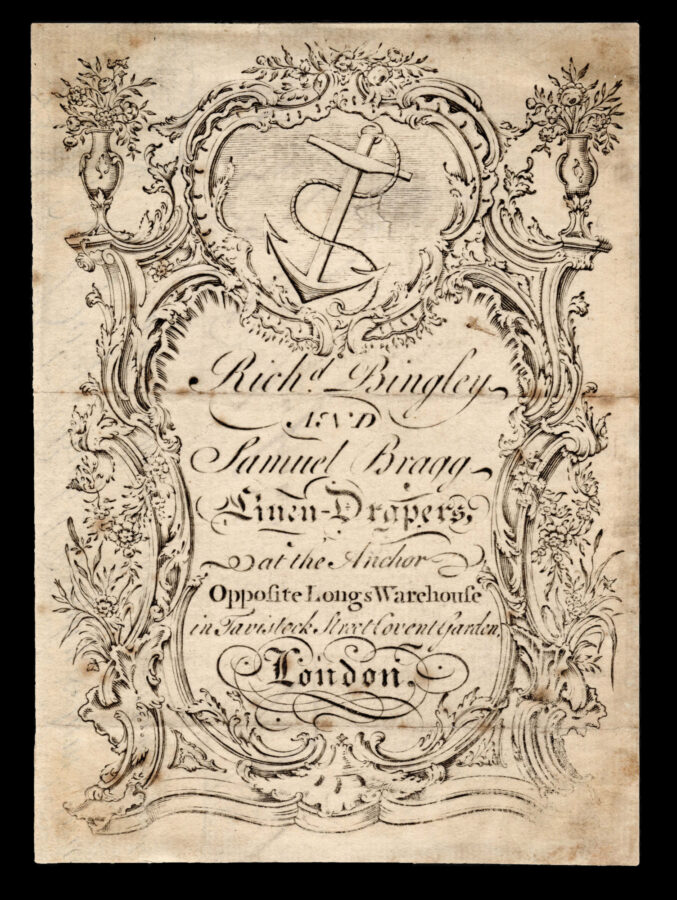 L is for Linen Draper

The Bingleys were a family of linen drapers active in Covent Garden during the latter half of the eighteenth century. The family business was started by Richard Bingley, who was active from premises at 19 Tavistock Street from the 1750s to around 1784. He appears to have worked at first in partnership with another draper named Samuel Bragg, ​“at the Anchor & Star, opposite Longs Warehouse, in Tavistock Street”. In 1758, ​‘The Longond Chronicle’ reported that Messrs Bingley and Bragg had made a generous donation of £10 to a ​“house of refuge for orphans, and other deserted girls of the poor, between the ages of eight and twelve years”.

Bingley’s son William seems to have joined them in business later on, and together they worked beneath the sign of the ​“Kings Arms & Anchor” on Tavistock Street. Richard’s will shows that he died in 1785, and it is likely that his son continued the business from there on in, as ​‘Wakefield’s Merchant and Tradesman’s General Directory’ for 1793 lists Charlotte and William Bingley as linen-drapers at 3 Tavistock Street.

The present card, from the period of Bingley and Bragg’s partnership, gives their names and address, with text surrounded by an ornate floral frame, and surmounted by an illustration of their sign: an anchor. Another example of this trade card shows that it was engraved by J. Woodifield of Maiden Lane, Covent Garden, who engraved a number of trade cards from around 1739 to 1765. It is therefore likely that the card is from early-on in Bingley’s career, during the 1750s. 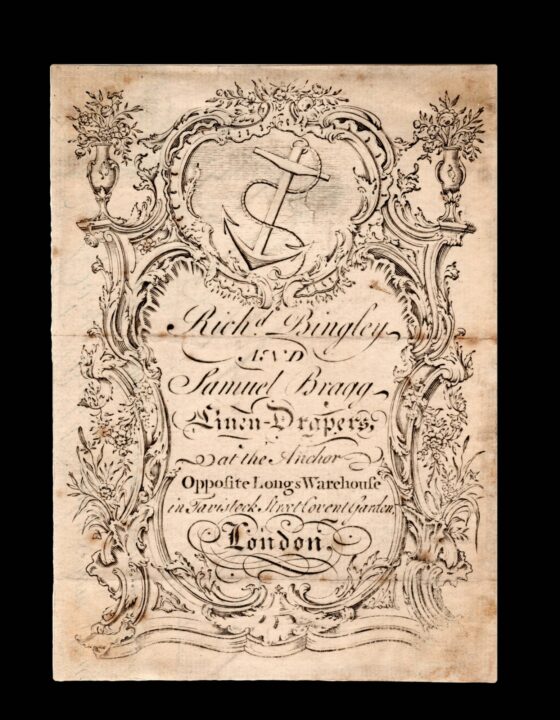