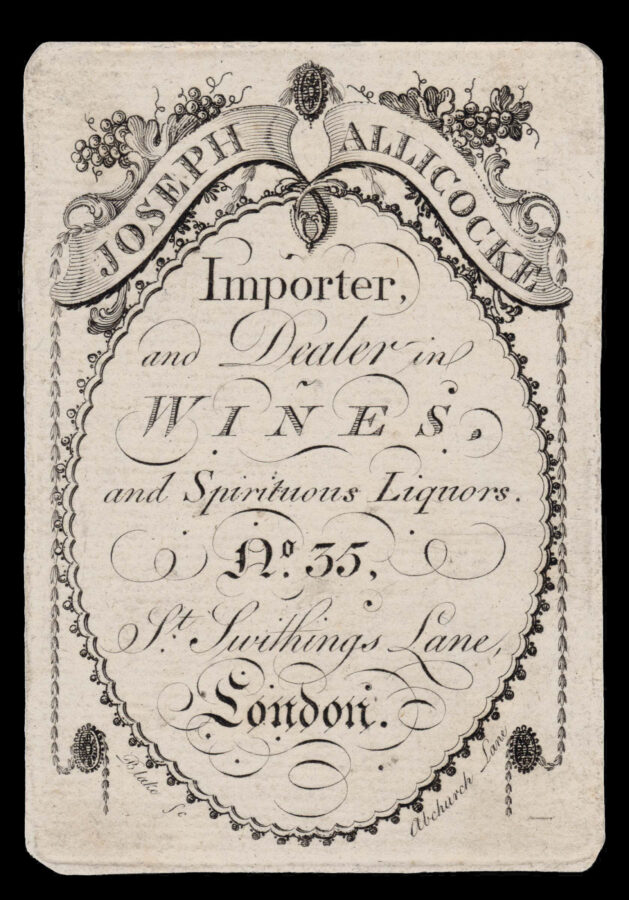 L is for Liberty Boy

Joseph Allicocke Importer, and Dealer in Wines, and Spirituous Liquors.

Trade card for Joseph Allicocke, an American colonist who later set himself up as a wine merchant in London. Allicocke’s heritage is uncertain, with one account listing him as ​“the son of a mulatto woman” while he himself claimed Irish heritage. In any case, it appears that he was born in Antigua and educated in Philadelphia, eventually moving to work in New York City as a clerk and merchant by the early 1760s. There he soon rose to a leadership position in the New York Liberty Boys, an association opposed to British authority in America.

Throughout the 1760s and 1770s, Allicocke continued to oppose British influence, however his dealing with British military agents caused charges to be brought against him, with Congress finding that he ​“had supplied such Provisions inadvertently, and without any design to injure the Country”. He was forced to flee to Antigua in 1776, returning to New York the following year, where joined the Chamber of Commerce and was appointed Secretary of the United Whaling Co., and mysteriously declared himself a Loyalist.

Sensing trouble, Allicocke prudently left America before the British evacuation of 1783, settling in London, where he then set up shop as a wine and spirits dealer some time before 1785. ​‘The London Directory’ of that year lists ​“Allicock” (spelt without the ​‘e’ that appears on the present trade card) at 35 Swithing’s Lane. It is not clear how long the business was active at the address, but records show that Allicocke died in 1815 and was buried in Southhampton.

The information given on Allicocke’s trade card is presented in an ornate frame aptly surmounted by clusters of grapes. 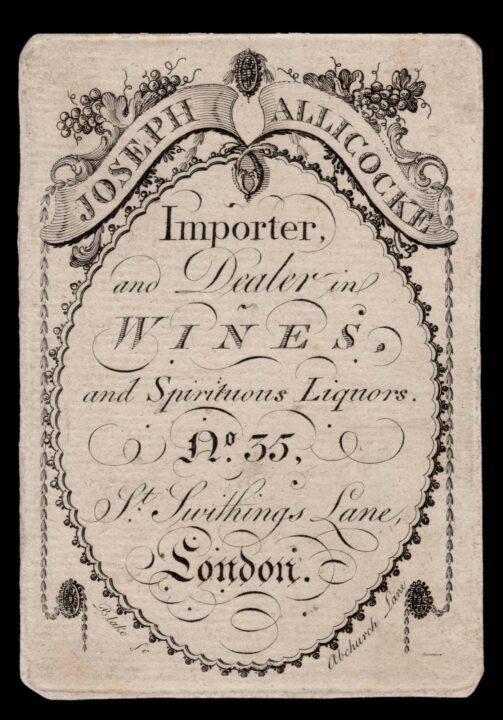