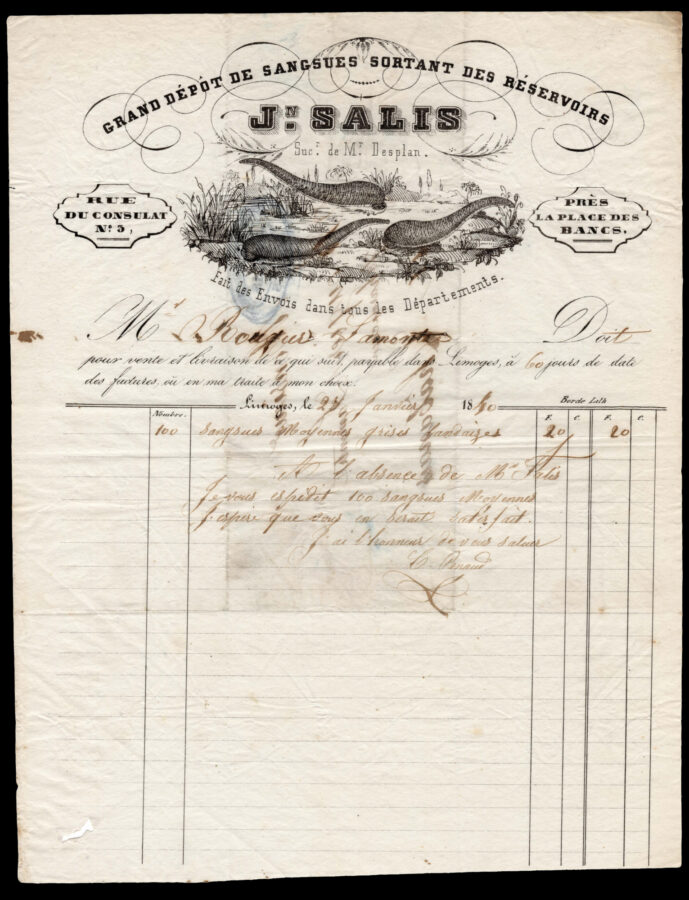 L is for Leech Farmer

Based in Limoges, the Grand Dépôt de Sangsues supplied France with a ready supply of leeches. During the nineteenth century, these creatures were still used for medicinal purposes, placed on ailing patients in a form of blood-letting known as leeching. Thought to stimulate blood flow, treat. Infection or prevent disease, the practice consisted of placing live leeches on a patient’s bare skin; some could lose up to 80% of their blood in a single session. The leeches most commonly used were the European Medicinal Leech, or the Hirudo medicinalis, with its segmented body, three jaws set with 100 small but sharp teeth, and anaesthetizing saliva.

Having been practiced for thousands of years, leeching became particularly popular at the beginning of the nineteenth century, during which as many as. six million leeches were used annually in the hospitals of Paris alone. The Hirudo medicinalis was thus a valuable commodity, and in fact, part of the reason that the practice of leeching slowly died out was due to the lack of availability.

Companies dedicated to the farming and selling (or renting!) of leeches sprung up across Europe and America during the nineteenth century, including the Grand Dépôt of Monsieur Salis at 3 Rue de Consulat in Limoges. The present form produced by the company allowed customers to place an order for leeches, advertising that they ​“make deliveries to all departments” (trans.). It is aptly illustrated by an engraving showing three of the creature in what appears to be a marsh environment.

Beneath this image is a contractual note, with space for the customer to fill in his or her name, affirming that they ​“are in debt for sale and delivery of the following, payable in Limoges, at 60 days from the date of the invoices”. Written in ink on the present form is an order for one hundred medium grey leeches to be delivered to an address in Limoges. A note, presumably written by one of the company’s employees, adds that ​“on behalf of Mr Salis, I hope that you receive 100 medium leeches; I hope you will be satisfied with them” (trans.). 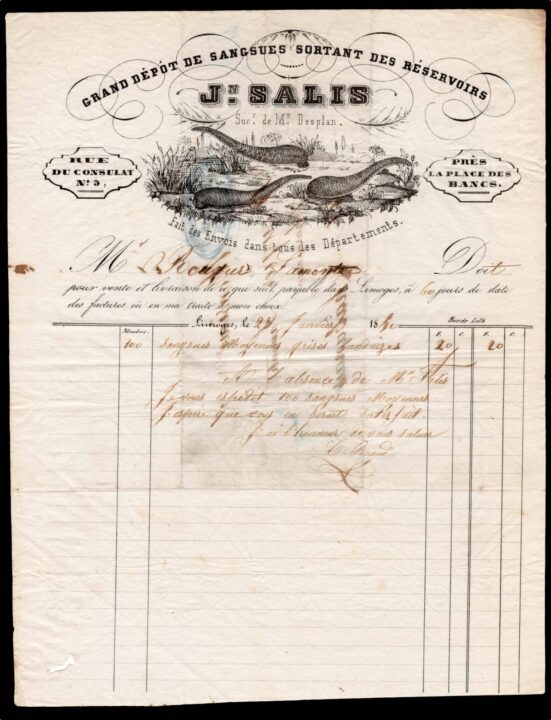 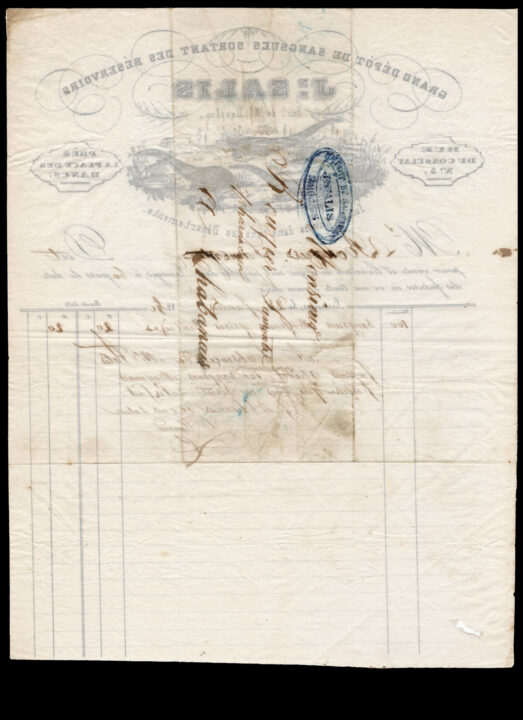 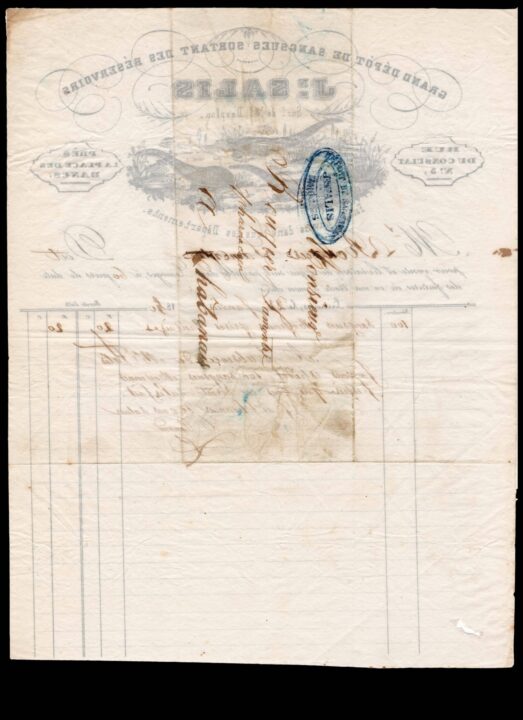