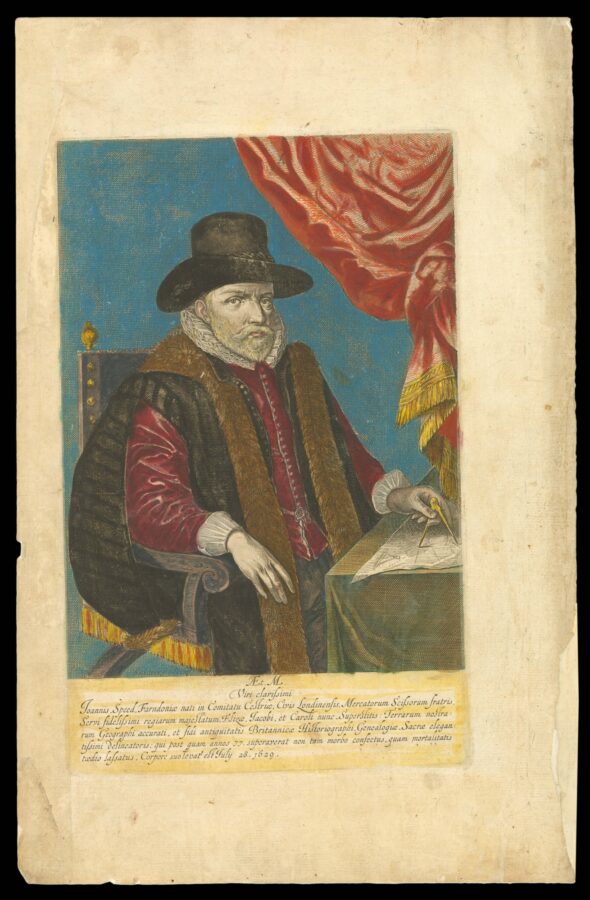 Frontispiece portrait of John Speed (1551–1629) included in his ​‘Theatre of the Empire of great Britaine’ from 1631. John Speed is perhaps the single most famous figure in the early history of the English map trade. His ​‘Theatre…’, first published in 1612, was the first printed atlas of the British Isles. Towards the end of his career, Speed also prepared a world atlas: the​‘Prospect of the most Famous Parts of the World’ (1627), the first world atlas compiled by an Englishman and published in England, although the maps were engraved in Amsterdam, using Dutch models.