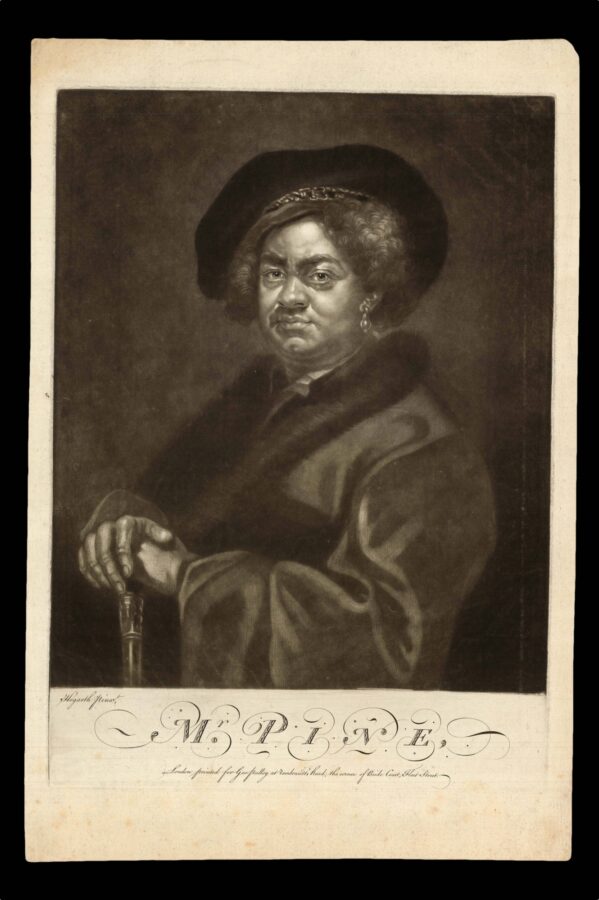 John Pine (1690–1756) was a printseller, publisher, engraver and close friend of William Hogarth, with whom he worked to encourage Parliament to pass a law securing copyrights for artists, and who painted him several times. Pine is best known for his book illustrating the Spanish Armada tapestries once hung in the House of Lords, for helping prepare the first map of the colony of Georgia, and for his publication of Rocque’s 24-sheet map of London.

Shortly after Pine’s death, one of Hogarth’s portraits of his friend was replicated by James McArdell, an Irish mezzotinter active in London during the mid-eighteenth century. The portrait, set within an oval frame, shows Pine wearing a large flat cap, a fur-trimmed coat, and remarkably an earring. Although nothing is known about his direct heritage, biographical sketches frequently refer to Pine as black or of African ancestry, as this portrait certainly seems to attest.