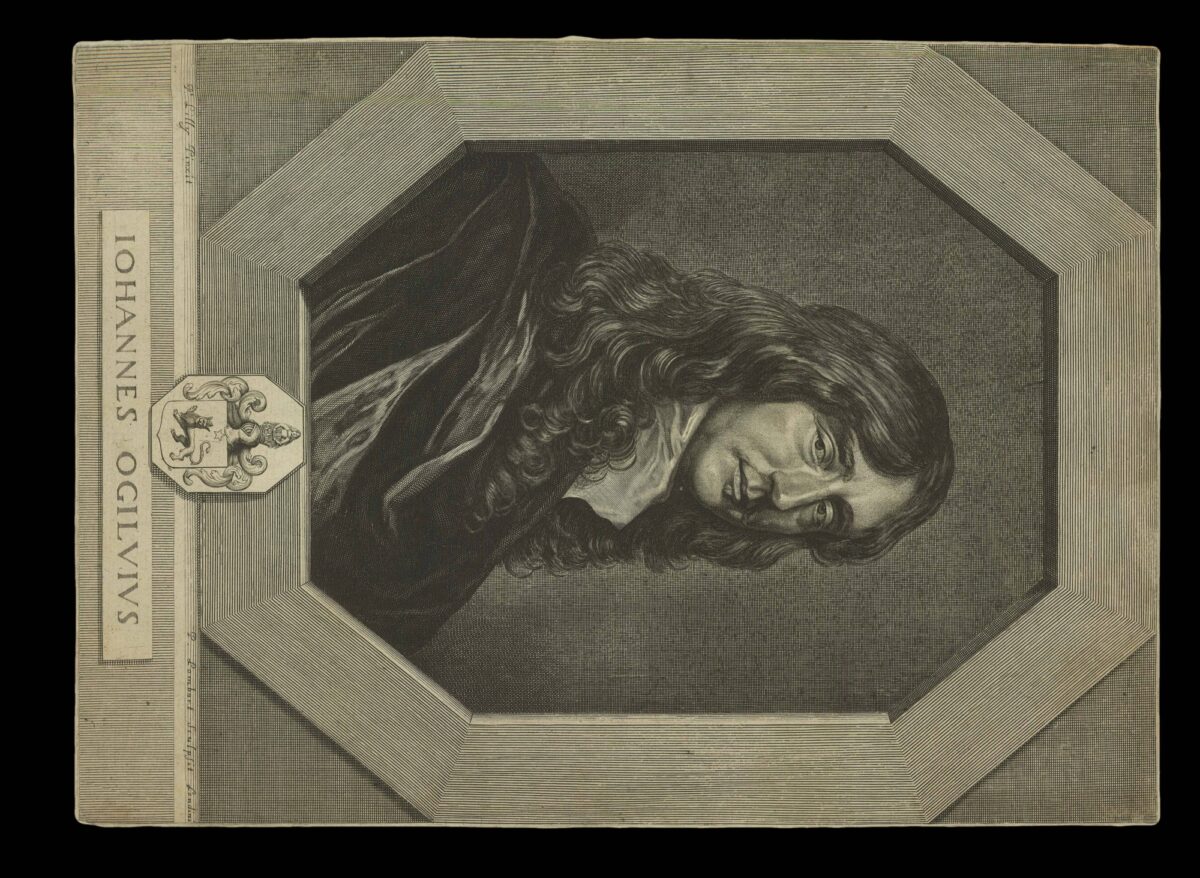 John Ogilby (1600–1676) is one of the most interesting of all British mapmakers The multi-talented Scotsmans worked as a dancer from an early age to pay off his father’s debts until his career ended with injury. He was next active as a theatre owner but his theatre and all his possessions were destroyed in riots, and then a literary publisher whose stock was destroyed in the Great Fire of London. Surviving these adversities, Ogilby went on to become Cosmographer to King Charles II.

After the Fire of 1666, Ogilby became a ​‘sworn viewer’ of the lands within the City of London’s property, and undertook a survey of the capital, petitioning the Corporation of the City of London for financial assistance to fund the project. The project was much delayed, but eventually two of the greatest seventeenth century surveys of London were produced. While working on these, Ogilby also conceived an ambitious idea for an atlas that never came to fruition. Instead his crowning achievement was his ​‘Britannia, Volume the First: or, an Illustration of the Kingdom of England and Dominion of Wales’ (1675,) the first published road-book of any country in western Europe.

Ogilby’s portrait was made by the Dutch-English painter Sir Peter Lely, and engraved by Pierre Lombart, a French engraver who worked in London during the seventeenth century. It shows the bust of Ogilby in three-quarter perspective, wearing robes and a long dark wig. The portrait is set within a octagonal frame and captioned with a Latinised version of Ogilby’s name, surmounted by the family coat of arms.