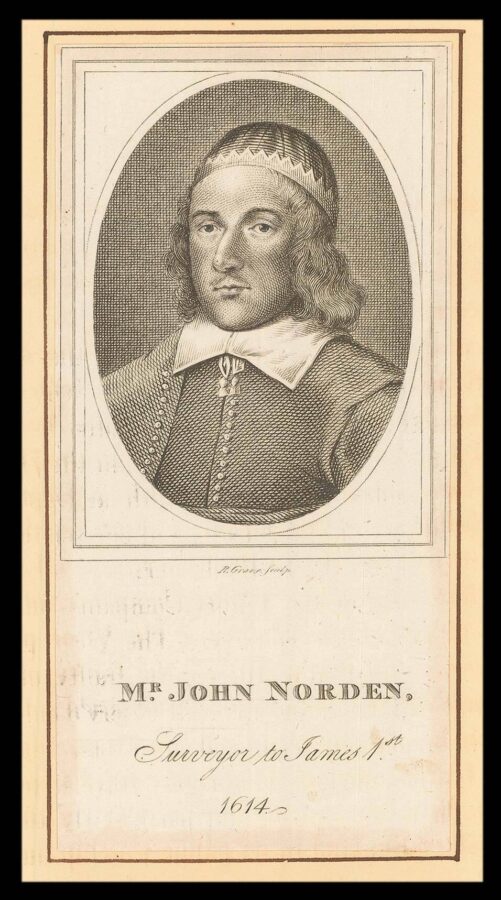 John Norden (c1547-1625) was a peripatetic cartographer and antiquary whose most significant work was his ​‘Speculum Britanniae’. The first volume of this chorography of Britain was published in 1593, beginning with a description of Middlesex. In his lifetime the only other county descriptions to be published were those of Essex, Surrey, Sussex, Hampshire, Wight, Guernsey and Jersey. The maps of London and Westminster in the ​‘Speculum’ form the best representations of the metropolis under the Tudors. From 1600, Norden worked as a surveyor of crown lands, and his final publication was ​‘England, an intended guide for English travellers’.

The present portrait, showing Norden in a coat, collar and cap, was engraved by Robert Graves. Graves was active in London throughout the nineteenth century, being elected associate engraver of the Royal Academy in 1836. He specialised in portraits and vignettes, with his final plate being a portrait of Charles Dickens.